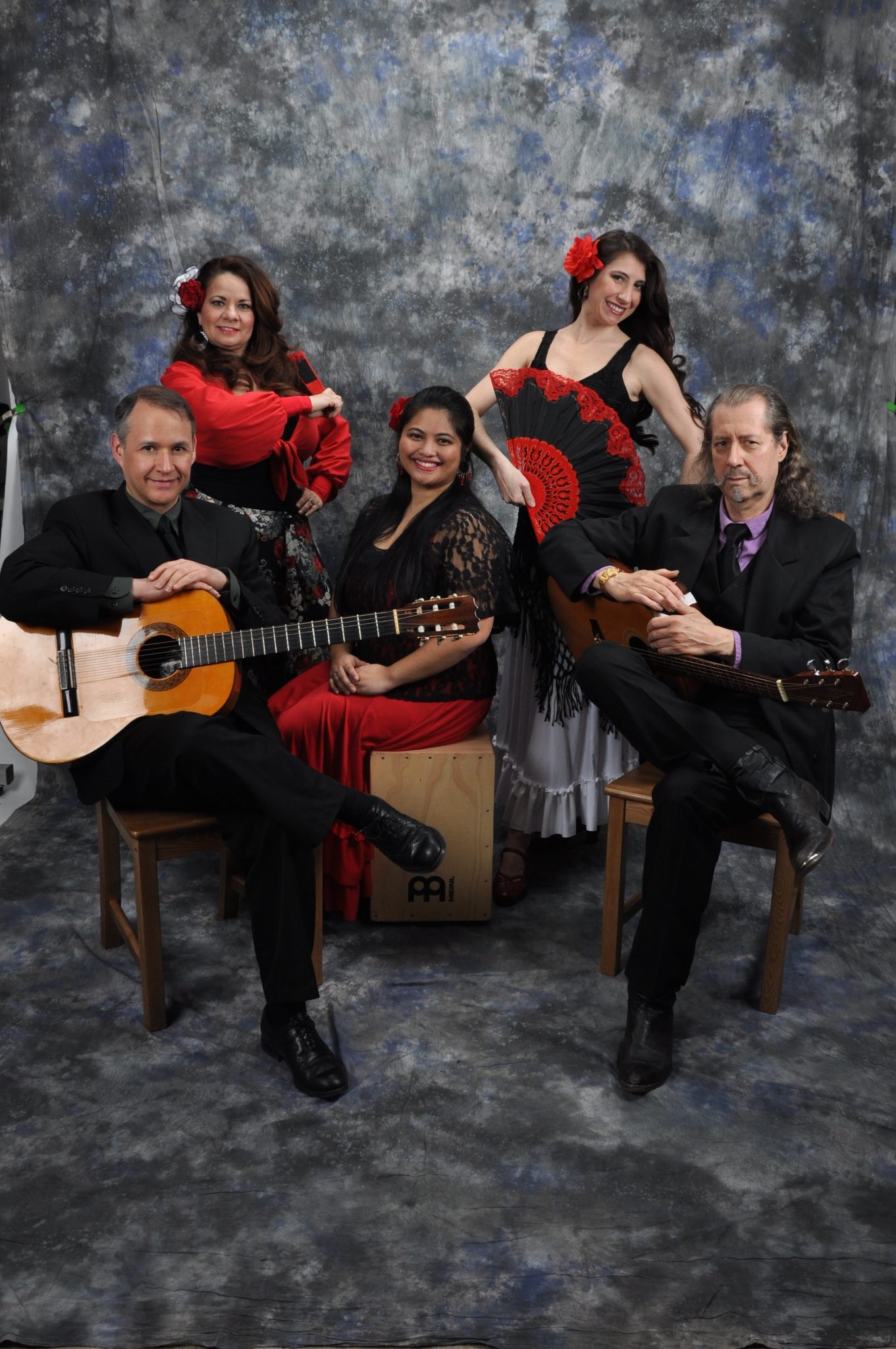 Magic and Fire from A Spanish Soul

What dance was singled out by UNESCO in 2010 as one of The Masterpieces of the Oral and Intangible Heritage of Humanity?

Need a hint? What dance should come immediately to mind when you hear words like saeta, sevillanas, farruca,  bulerías, and fandango?

How about this? Granada – a region in Spain rich in history and music and poetry.

Well, this isn’t Jeopardy, so we’ll cut to the chase and supply the answer. The dance we are talking chiefly about here is flamenco and the ensemble we are about to focus on is called El Alma Espanola.

There is a succinct and academic description of flamenco that works nicely, but as with most academic descriptions  falls a little short of the mark. It is usually summarized as a “professionalized art-form” derived from the folkloric music and traditions of certain regions in the south of Spain.  The more generous entries in the reference books mention its sweeping embrace of a myriad number of creative elements – Christian elements, Moslem elements, and the no less influential contribution of the gitano.  Flamenco is, to put it plainly,  bright happiness, dark fatalism, and fiery passion wrapped up in a single package – a package that sings and moves with an irresistible momentum. It is the soul of Spain itself.

And soul of Spain is the literal and appropriate translation of El Alma Espanola. A troupe founded fifteen years ago, it has become one of Detroit’s singular  treasures – an ensemble that is ever mindful of how important it is to bring a correct and disciplined approach to this culturally rich tradition. You may have seen them at any number of local venues and events or discovered a video on social media. If not, their April 19th appearance at O’Mara’s in Berkley will afford you a marvelous first look.

And why do they do it? Perhaps the best answer came from ensemble member and dancer Vicki Treglowne.

“I feel immense joy doing this. Flamenco allows me to explore feelings, passions, and a great many things that aren’t always deemed safe or socially acceptable. Its flirtation, freedom, and that state of fulfillment when you feel very sensual and feminine.”
And additional insights were rendered up by Lisa Montes, one of the principal founders of El Alma Espanola. She answered the following questions during a recent interview.
How and when was El Alma Espanola started?

Alma española is a Spanish dance company that features local talent from the Detroit area and was founded by Victoria Lara,  Mari Montes, and myself in 2003 while we were principal dancers in the late Dame Maria del Carmen’s Grupo España. Alma española, or “Spanish Soul,” is dedicated to preserving the traditional forms of Spanish dance and music, performing nearly every style from the regional dances of the north, to the classical and zarzuela theatrical pieces to the popular flamenco style of the south.
You were introduced to flamenco at a very early age by your grandmother, weren’t you?

As a child, I was very fortunate to live next door to my grandparents. My older sister was one of the original Grupo España members and would attend class every Tuesday and Thursday in my grandmother’s home studio. I would tag along and follow the steps in the back of the studio while my grandmother was teaching. My grandmother always encouraged me to learn along with the others and would take time to help me with anything I was not understanding. When I was seven years old, she allowed me to perform the first copla of Sevillanas as a solo in a performance at Hart Plaza in Detroit. It was then that I became part of the company, but naturally, because I was so young, I was not a part of the main group numbers. At performances my grandmother used to introduce me to the audience as the group’s “Good Luck Token.” It was around the age of 13, when the age difference was not as obvious, that I began performing in the company numbers.

Who are the talented musicians of the ensemble and how long have they been with you?

Guitarists Garialan Blugraye and Daniel Sánchez have been with Alma Española since its foundation and were also members of Grupo España. In addition to playing guitar, Daniel sings and plays the gaita (Spanish bagpipes). Garialan began his flamenco career in the 1970s under the tutelage of world-renown guitarist Juan Serrano of Córdoba Spain. Lisa, Victoria, Garialan and Daniel have been performing together for over 25 years. In 2012 percussionist and pianist Beatrice Hilado joined the company. In addition to accompanying the group musically, Beatrice sometimes dances.

You have a keen devotion to the poetry of Federico Garcia-Lorca. Is there a tie-in between his works and El Alma Espanola?

Our company is close to finishing a lineup of all Lorca’s poems in which we’ve incorporated his verse into flamenco songs.  We are hoping to debut the series by the end of this year.