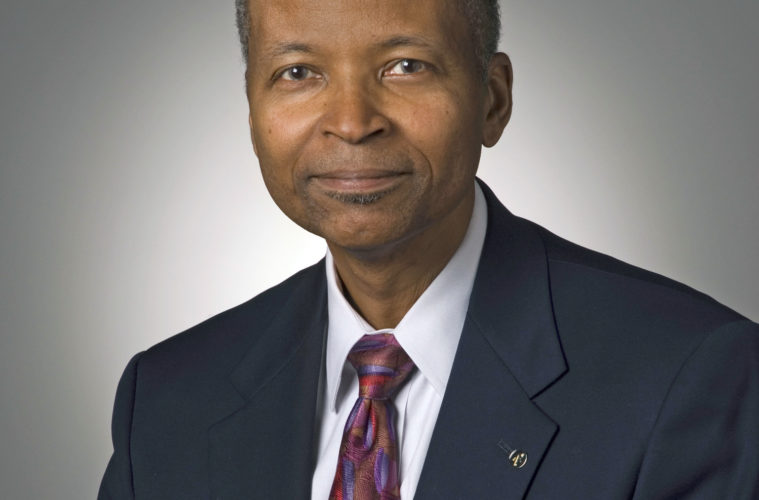 Effective now, Wayne S. Brown is the new president and CEO of Michigan Opera Theatre (MOT), a position previously held by founder David DiChiera who, after 43 years as the head of the opera company, stepped down as general manager to dedicate his talents to the role of artistic director, where he will plan, cast, and oversee productions of the Detroit Opera House without the administration concerns that has demanded so much of his time.

“I planned to do this at forty years, but I was detained by the economic meltdown,” said DiChiera, who stayed in his dual position to help restore stability to the company by restructuring debt in the building of the Opera Parking Garage. “We wouldn’t want to bring someone in without them knowing if the company would even exist.”

Brown transitions to Detroit from the National Endowment for the Arts, the powerful federal agency that oversees the spending of tax dollars for arts programming across the country, for which he has served as director of music and opera since 1997.

Brown, 64, has a warm, outgoing personality, and in his gray suit and tie conveys the image of businessman, albeit with one foot firmly in the arts.

“I am here to see the level of support for MOT enhanced, not maintained,” Brown said. “Dr. DiChiera has been a wunderkind of fund raising – walking into a room with a crinkly smile and a warm hand, he can make frozen assets turn to hot cash, and he’ll be a part of our fund development and outreach: a team, collaborative.”

Brown grew up in the Russell Woods area of Detroit, a then-fashionable inner city “suburb” with large, respectable brick houses, Tudors and contemporary homes in Detroit’s Northwest side. He went to Winterhalter Elementary, and it was there that Brown had his first experiences that led to a career in the arts.

“When I was in the fourth grade, we went on a field trip to the Edsel Ford Auditorium to hear the Detroit Symphony Orchestra,” Brown recalled, an experience he described as a “wow moment” and the foundation for his interest in studying an instrument.

“My first vocal teacher at Winterhalter introduced me to the violin,” Brown said. But, later, at Tappen Middle School, his attention turned to the cello when he wanted to get to know “a young lady cellist.”

Claire Weimer was choral director at Eastern High School and she introduced Brown to Kemper Harreld, who taught the cello, and he, in turn, brought Brown to the Brazeal Dennard Chorale, the famous Detroit based organization that promotes spiritual music of African-Americans.

“I had a supportive, nurturing environment in Detroit…Detroit was rich in experiences,” Brown said. “I was one of the leading newspaper carriers in 1963 at The Detroit News and I earned a trip to Washington. I met President Kennedy two weeks before the (assassination).”

After graduating MacKenzie high school, Brown attended the University of Michigan as a vocal major. “I am a lyric baritone,” Brown says, but he also minored in business.

“I have always been interested in the business side of the arts, something about making ‘it’ happen,” Brown says. At U of M, Brown also met a piano student from North Carolina, Brenda Kee, who would later become his wife.

After graduation, Brown went to work for the DSO and helped to establish the annual Classical Roots Concerts, which brought awareness to ethnic musicians and African-American composers. On his journey to NEA, Brown worked for orchestras in Springfield, Massachusetts and Louisville, Kentucky, where he developed Classical Roots programming.

Forty years ago there was an unacknowledged barrier in opera – black male singers were not cast opposite white divas. DiChiera openly sought and presented black female singers during his tenure at MOT. In recent years we have seen young tenors such as Noah Stewart singing opposite white sopranos. DiChiera has been a radical in pushing the envelope: MOT has presented some fine singers, from the first Rosina (“The Barber of Seville”), to Detroiter Maria Ewing, to Latonia Moore, last season’s Aida, to Denyce Graves, the heroine of the world premiere, “Margaret Garner.”

Brown comes to MOT one of the first African-Americans to head a major American company, though that is not something he has sought. “There is some discrimination in some companies,” Brown says, but he is more interested in the disconnect between the majority population of Detroit and MOT.

“How do you engage that population in participating not only because a person of color is performing?” Brown asks. The greater challenge that Brown has set for himself is raising MOT’s already high racial bar in encouraging community collaborations. “More meaningful engagement within the community” is Brown’s goal. “I have clear ideas about taking opera outside of the opera house to complement, not replace, the work on the main stage.”

When DiChiera was an Oakland University music professor he established a small touring company that travelled to communities with reduced productions of works to be seen at the Masonic Temple. From there he was able to develop MOT when The Met stopped touring, and at the same time bring the Music Hall back from post-Cinerama disuse.

Brown, it would appear, is someone who follows in DiChiera’s footsteps and shares similar values. “When I left some 40 years ago opera was an emerging entity in Detroit,” Brown said. “I am honored to have the responsibility and excited to get to work.”

To find out what’s happening in professional theaters throughout Metro Detroit and elsewhere in Michigan, log on to www.encoremichigan.com for free, up-to-the-minute news, reviews and ticket information!