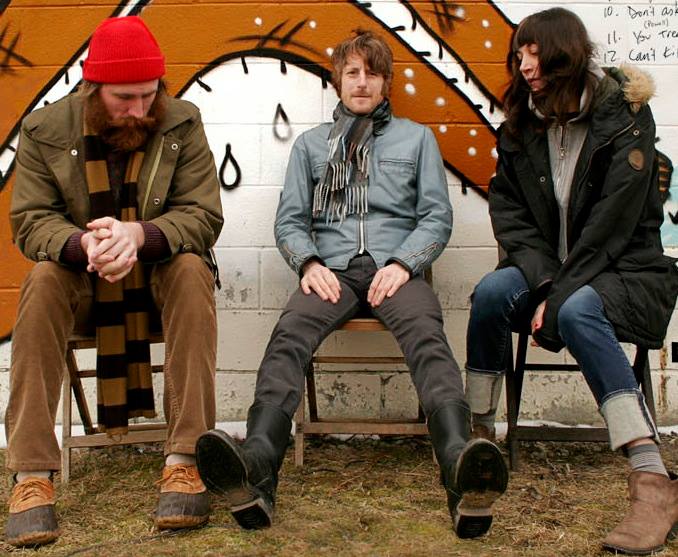 FUZZ / Heavy-rock lifers, FUZZ are three California-bred dudes who have been refining their riffs and getting weird together since high school, which wasn’t that long ago.

Formed in 2011 as a collaboration between Ty Segall (drums/vocals) and Charlie Moothart (guitar/vocals), the band released two singles, “This Time I Got a Reason” (Trouble In Mind) and “Sleigh Ride” (In the Red), just before Cosio joined on bass.

Not dabblers or dilettantes, Fuzz flipped through used bins, hard drives, and record collections of the world, seeking out the finest weirdo cuts. The band’s self-titled debut LP dives deep, drawing inspiration from the more esoteric reaches of heavy metal. There are Sabbath and Hendrix nods, obviously, but you might also catch a whiff of UK progressive blues, like The Groundhogs, particularly when the song quits its 10/4-time and reboots into full bore choogle. The mood is not light. The songs project a state of perpetual paranoia and eroding mental health. It’s a record for the burners.

DANNY & THE DARLEANS / House-rocking garage trio Danny & the Darleans materialized in early 2010, one of a long line of bands started by Danny Kroha, founding member of Detroit garage punk legends the Gories. Their 12-song debut album refines some of the savage bombast of the Gories and loses almost all of the glam camp of Kroha’s other act Demolition Doll Rods. Backed by drummer Richie Wohlfeil (who also did time behind the kit for Detroit Cobras) and bassist Colleen Burke (once keyboardist for Chicago art-punks, We Ragazzi and current bass player for Detroit’s Outrageous Cherry) turns the trio’s garage rock of the Darleans into a more sophisticated affair.

CHOKE CHAINS / Choke Chains are the flat out blurred visions of a black out drunk, alien abductee, set to noisy ass elastic guitars, filthy fuzzed out bass, and chaotic rhythms.

The Independent Comedy Club | If A Joke Cracks On Stage And No One Hears Is It, Does It Get A Laugh?

Home in Detroit (In a cup of coffee)