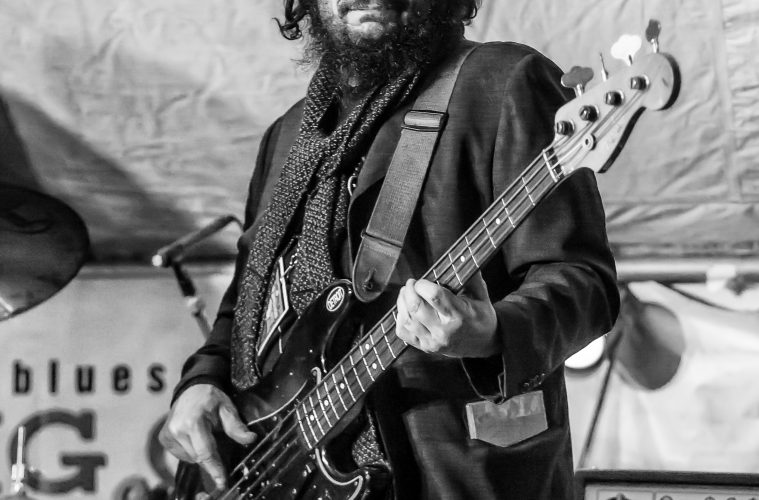 The job is to observe and not be observed. The knack, the skill, or the gift … well, that’s knowing when to snap the photo.

Photographers who cover music venues and concerts are not too different from photojournalists who cover crime scenes and war zones. Granted, the blood, the bullets, and the incoming bombs are happily absent (knock wood), but the need to be aware, cautious, and fast is just as much a part of the job. There’s also that key element of not getting in anyone’s way. You can only be “with the band” up to a certain point.

Dori Sumter has been “with” so many bands and performers in recent years that it seems surprising that the Detroit Music Awards haven’t set aside a special category or award of merit just for her. They haven’t, of course, but that’s perfectly all right. She’s gotten the images she set out to get, she’s captured great moments more times than can be counted, and she’s earned the friendship and respect of people who appreciate her ability to frame the magic of their sound within the boundaries of her photos.

And if hers is a name you know, you’re a) probably a Detroit artist or musician; b) someone who saw a very moving story presented on WXYZ Channel 7; or c) a lucky person who had her Nightingale attention at a hospital. Ms. Sumter is a registered nurse with a long resume of experience. The way she came to be at the business end of a camera is part of her story.

If you’ve never heard of Dori Sumter, don’t feel bad. You’re actually in the majority. Dori has a website, a Facebook page, and a veritable legion of admirers, but like most people with genuine talent she’s genuinely modest. Before going straight into the questions we recently asked, we’d like you to read something from someone who knows what it’s like to be photographed by an exceptionally gifted person.

“Dori Sumter not only has an incredible eye and trigger finger, but her love for music, especially live shows, has given her an acute sense for when and how to shoot a performer. She’s become part of the Detroit music scene and it’s so great watching her connect with the ‘cats’, both on and off the stage. When I see her at one of my shows, I know she’ll capture the energy enough that I’ll get to re-live it through her lens.” ~ Sean Blackman, Noted guitarist and winner of several Detroit Music Awards 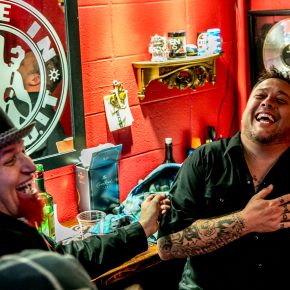 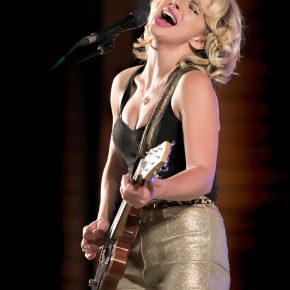 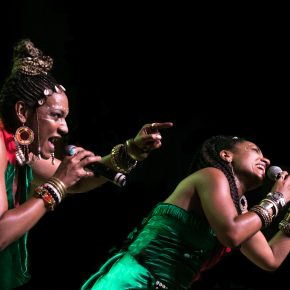 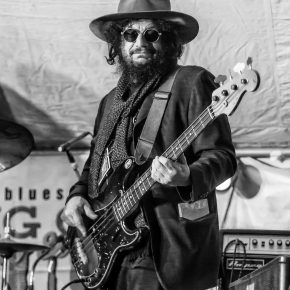 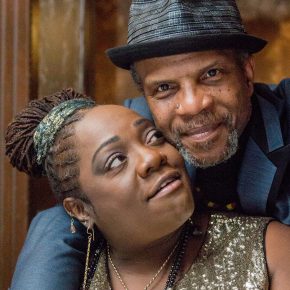 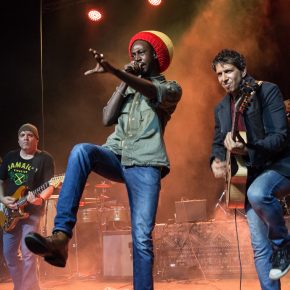 So, how did it come about that a registered nurse became a familiar and welcome lens with certain Detroit musicians and bands?

It’s basically a story of loving the music, building relationships and making connections.  I started shooting photos of my husband, Curtis Sumter in his various bands over the years.  I would post things on social media and as my skills grew, people started to respond, inviting me to events.  My first big connection came from Holice Wood of Detroit Life Gallery.  He convinced me that my work was worthy of a show.  Leni Sinclair’s work was on the first floor, mine was on the second but I love to say we had a show together.  Through that exposure, I met many Detroit area musicians and my next big event was having a photo of Thornetta Davis used in the Detroit News, Macomb Daily and the Oakland Press.  That led to me capturing her whole show at the Music Hall for her CD release of “Honest Woman”.  I covered the stage set up to the after party in the wee hours, meeting all the performers. One of the very talented musicians who performed with her that night, James Simonson, who is the music director for Bettye Lavette, introduced me to Sean Blackman that night.  I was already a fan but that was the connection to photographing the incredible world of Sean Blackman’s In Transit World Music Series. I believe so much in what he is doing I want to capture every minute.  Through Sean, I have met musicians, dancers, photographers, artists, and producers from all over the world and have made some very good friends of local musicians. I should also thank the visionaries Jean Louis Farges of Agence Akoaki and Emily Rogers.  They have included me in two events that have also expanded my musical coverage into areas of spoken word and rap. I have to include the local musical photographers James Wailin of The Reefermen, Don McGhee, Brad Shaw, Ingo Rautenberg  Marty Rickard, Joya Koch and Richard Blondy who have been true mentors for me, giving encouragement, inspiration, tips, and even some gigs. I am so lucky to be invited to participate in the projects of some very talented and innovative people.  Bottom line, I love being immersed in creative energy of all kinds and if I can be the documentarian for that, I am following my bliss.

A question that will undoubtedly interest young photographers who are keen to do what you do: What are the preliminaries to taking photos at a concert or music event? Press creds? Permission or invitation from the performers? Prior okay from the venue?

I usually have been invited or hired by the performers to shoot an event.  This comes after developing a relationship with them.  I am invited back stage before and after a show to capture the relationship between the artists as well as the performance itself.  I like to document the feeling of an event so that when they look at photos years from now, it will spark memories.

Large venues with national acts have rigid and forcefully adhered to rules that require prior authorization, and limits on access time and location. For instance, you have permission to shoot the first 3 songs of an event from the crowded press pit,  then you have to leave that area.   I prefer more intimate environments. However, those who are game, get incredible and valuable shots.

Do you have an array of cameras for any given situation or an “old reliable” that never lets you down?

I use Canon cameras and lenses.  I use a Rebel T5i with a kit 55-250mm lens when I will be shooting in environments that might have dust, rain, extreme cold or in locations where I am not familiar with the area. That is my lower end set up but I have gotten some great photos with that camera and lens.  I bought a Canon 7D body used from a friend who has captured some really exquisite images with it.  However, my big daddy who has won my heart is the 5D Mark IV.  It has really taken things to another level for me.  I have used the 7D and the 5D both at events where I need to be ready for close and far work quickly.  I will put a 24-70mm on one camera and at 70-200mm on the other, shooting from both as the action warrants.

You were recently mentioned and featured in a moving local news story about a former Detroit Tiger. Will you please give us the full background of that story?

Basically, I pulled over to help an old man using a walker, to cross Middlebelt near I-96 during rush hour.  The truth is, he didn’t need help.  He was a former Detroit Tiger, Ray Herbert.  Channel 7 heard about it and wanted to do a feature.  I feel guilty about that though.  I received a message from a special friend who said, “You have a better story.” He has given me permission to tell it.

I met Michael Rinaldi 11 years ago on a plane flying from Fort Lauderdale to Detroit.  I was burnt out from working in the ER at Botsford and my husband and I were on our first vacation in 7 years.  We almost missed the plane.  We had to bang on the door at the gate.  Just as the plane was about to lift off, the engines came back down and the flight attendant stated, “We are returning to the gate, we have a medical emergency.  If there is a doctor or nurse on the plane, please signal your seat.”  When I looked back, I could see him and I knew he was in trouble.  As the plane bumped and turned corners on the way back to the gate, I performed CPR and used the defibrillator to shock him but he remained without a pulse.  I kept up the CPR until I felt his chest rise up to my hand.  He took a breath!  And he had a pulse!  The plane erupted in applause.  I was excited, exhausted, shaky, relieved.  He was on the plane with his 16 year-old son and his entire hockey team who were en route to a tournament in Fraser.  Four years later, I found Michael on social media. He had been looking for me too.  I met him, his fiancé and his parents for lunch.  The following Monday, I received an email from the woman who had been my preceptor in the ER.  “Dori, you saved the life of my brother-in-law!”  Talk about full-circle.

Since the episode on the plane, Michael has married and had two more children, opened a business and become a grandfather.  Last year, Michael and I celebrated our “10th Anniversary” with pizza at his restaurant, I Ragazzi Wood Fired Pizzeria.

I still get chills when I tell this story.