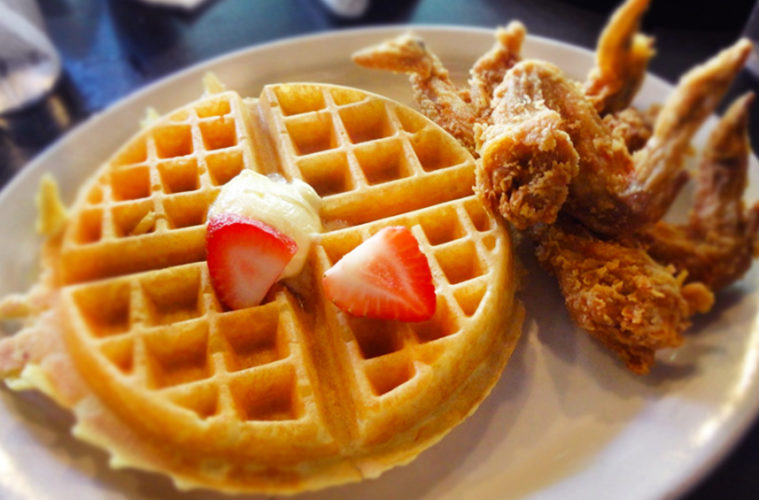 By The Detroit Foodie

One of the most historically significant neighborhoods in America’s cultural history is Detroit’s New Center area. It’s the birthplace of the Ford Model T. Former global headquarters of GM and Fisher Body. But most importantly, it’s the home of Motown.

Just think, where would music be if it Berry Gordy didn’t introduce us to Stevie, Marvin, Diana and many of the greats that once graced their presence through Motown?

Evidence of Detroit’s music history can be found along Grand Boulevard. Starting at the Motown Museum, then detouring off Second to United Sound, and finally jumping back on the boulevard to Submerge Records to visit Detroit’s Techno Museum. It’s this very road that both physically and metaphorically represents Detroit’s significant contribution to music (from Motown to Techno).

Besides a rich cultural past, New Center is home to a thriving art and design community. Art studios abound. Murals adorn vacant walls. Gallery spaces are popping up here and there (Jam Handy, O.N.E. Mile, Baltimore Gallery). Then there’s the Argonaut building – home to CCS (the College for Creative Studies), Shinola, and the Detroit Creative Corridor (DC3).

Then there’s the food…

You’ve probably driven past the unassuming building that is New Center Eatery. It’s no secret that their Chicken & Waffles are THE BEST around! The Waffles are light & airy, while the Chicken is perfectly crisp and packed with flavor. The deliciouness is widely known, so if you go for lunch or brunch expect long lines. Pro tip: call ahead for order pick-up.

FISHER BUILDING
A landmark Detroit skyscraper that is opulent in every sense of the word. Be sure to catch a free tour of this architectural masterpiece with Pure Detroit on Saturdays at 11am and 1pm. Well worth a visit!
(313) 873-7873

CITY WINGS
Best wings in the city, hands down! Using organic ingredients and Amish chickens, City Wings prides itself in quality over quantity. Love this place!
(313) 871-2489

PIQUETTE PLANT
Home of the Ford Model T is this historically significant factory now turned museum. It’s completely volunteer run. So be sure to by and visit!
(313) 872-8759

TECHNO MUSEUM
Inside Submerge Records (a non-descript building with a gray door) is the home of Detroit’s Techno Museum.
[email protected]