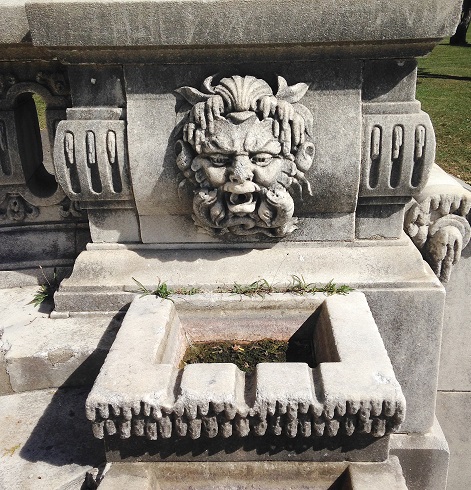 Named for Detroit businessman, philanthropist, and U.S. Senator, Thomas W. Palmer, the area of Detroit known as Palmer Park is the site of Merrill Humane Fountain (1904), Palmer Log Cabin (1887), and the Old Spanish Bell (1793). In the early 1970s, citizens could still sip hot chocolate, and ice-skate on man-made Lake Francis, while the miniature lighthouse lit the way.

After decades of decay, ‘People of Palmer Park’ have united to bring back to life this once favored, natural respite from city life. Covering an area close to 300 acres the park includes a golf course, walking trails, and hosts a neighborhood weekly bike ride. All the while, neighboring bars and restaurants have been busy serving Detroiter’s in the know.

Just east of Palmer Park, sits one of Detroit’s oldest continually operating restaurants, the Dakota Inn Rathskellar. Run by the Kurz family for three generations, this German restaurant features handmade food, a Bavarian theme, and an unrivaled Oktoberfest (complete with Oompah bands). Be sure to order the Kartoffelpuffer (aka potato pancakes). They’re delicious and pair perfectly with the many imported German beers on tap. Prost!

Golden Gate Cafe – You’ve probably driven by this vibrant colored building on your drive along Woodward. A hippie commune of sorts, the Golden Gate Café has a Healing Center, Urban Garden, and Vegetarian Cafe on site. (313). 366. 2247

Dutch Girl Donuts – Since 1947 this Detroit staple has been making delectable donuts for the masses. Their secret: the family that’s owned & operated this establishment for the past 60 years, uses the original recipes brought over by their Dutch grandfather. You can’t go wrong with these freshly baked delights! (313). 368. 3020

Stonehouse Bar – Located on the outskirts of Palmer Park (near the old State Fair grounds) lays one of Detroit’s grittiest & historic bars, the Stonehouse. Besides its regular motorcycle muscle clientele, the bar has a storied past – a former clubhouse to Detroit’s most notorious criminals, the Purple Gang. Stonehouse is Michigan’s oldest continuously running bar. (313). 892. 0125

La Dolce Vita – Talk about hidden. If you didn’t know about LDV (La Dolce Vita) you’ve most likely driven past this unassuming vine covered building. Once inside, you’ll find the space enchanting. The interior is that of a rustic Italian villa, complete with a lovely outdoor patio. Rest assure, the old world Italian food is equally great! (313). 865. 0331 www.ldvrestaurant.net