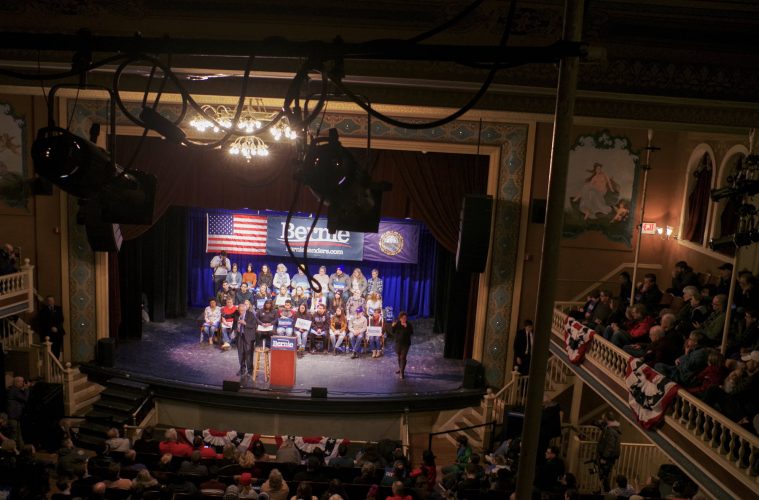 Over several cold, sometimes grey, days in New Hampshire citizens came out to hear from candidates running in the Democratic Primary. However, it was Democratic Socialist Bernie Sanders who received the most excitement with thousands of supporters attending rallies across the Granite State.

On February 9, Sanders stood before hundreds of supporters at a rally held in the Rochester Opera House, Rochester, where his key points were health care and education saying, “No teacher should make under $60,000” and telling the audience that Americans should not have to go bankrupt to fight cancer or other health issues.

On the eve of the primary, nearly 8,000 gathered inside the Whittemore Center Arena at the University of New Hampshire in Durham to support Bernie. Of course, attendance may have been bolstered with performances by The Strokes, Sunflower Bean, and speeches by Alexandria Occasio-Cortez, Dr. Cornel West, and actor/activist Cynthia Nixon, but then that is the message Bernie is promoting – community and unity. Speaking to a largely young demographic, Sanders called his movement a “political revolution” that is going to win the Democratic nomination “and defeat the most dangerous President in the modern history of America”. 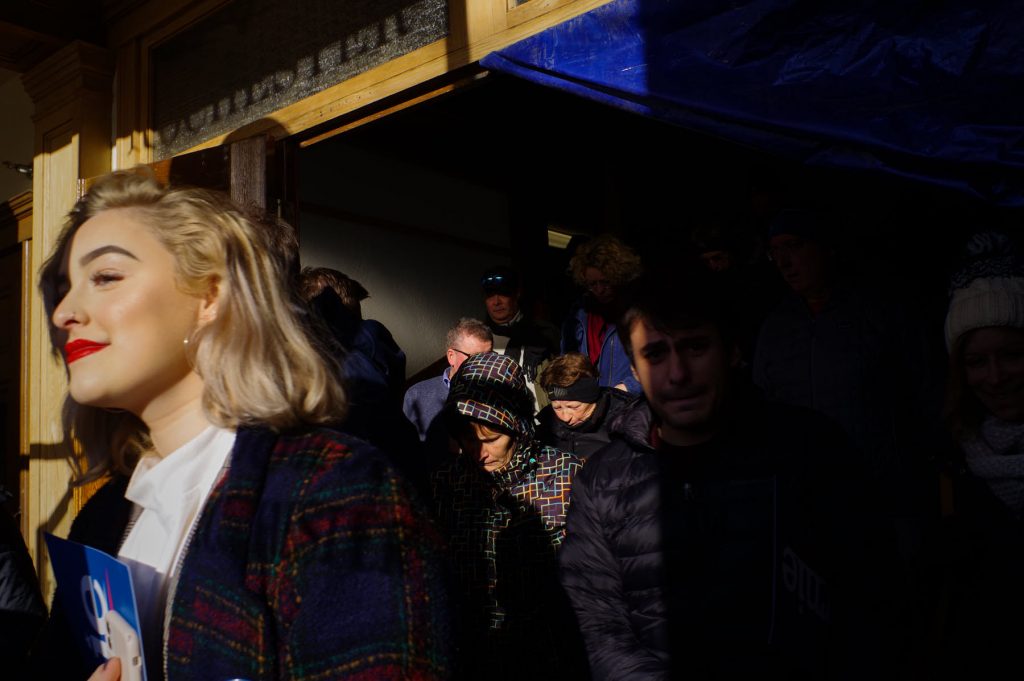 Bernie took the stage in Manchester and delivered a victory speech to a reported 12,000 screaming faithful. He thanked volunteers “who knocked on doors in the rain, and the snow, and the cold”, before crediting them for victory in both New Hampshire and Iowa – despite disagreement over final results of that contest, where Pete Buttigieg holds the official lead 26.2% to Bernie’s 26.1%.

Bernie said victory in New Hampshire was “the beginning of the end for Donald Trump.”

He went on to acknowledge by name the Democratic candidates he ran against, stating that he believes they will unite in order to defeat what Bernie continues to title “the most dangerous President in the modern history of this country.” 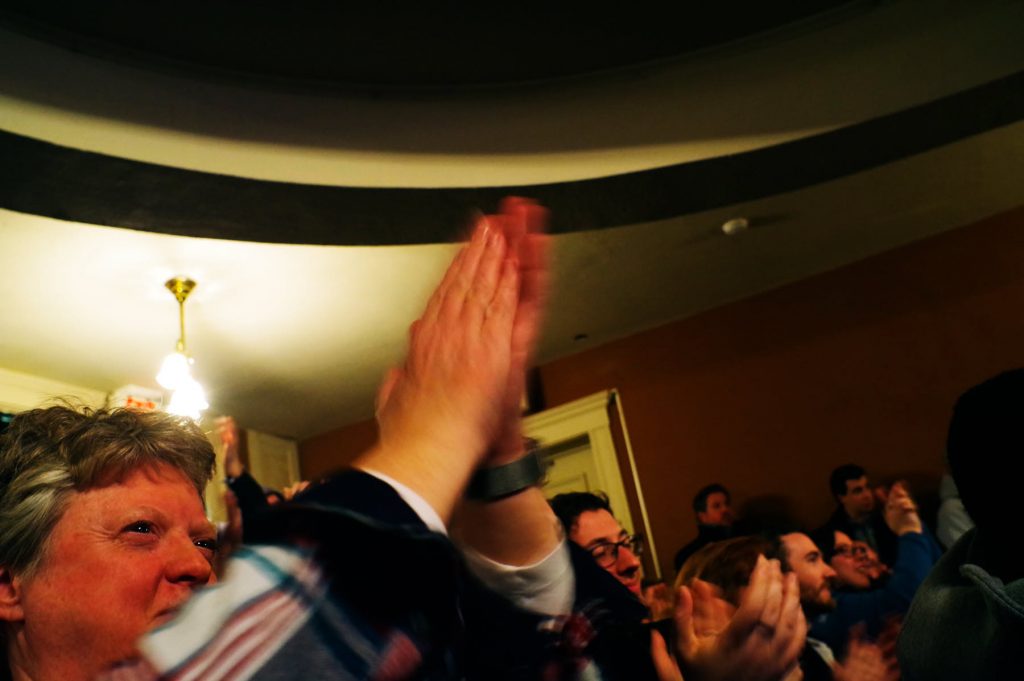 Sanders called his campaign “an unprecedented, grassroots, movement from coast to coast … an unprecedented multi-generational, multi-racial, political movement … demanding that ‘we’ finally have an economy and a government that works for all of us.”

Sanders said that his campaign was taking on billionaires and campaigns that are funded by billionaires, alluding to Democrat businessman, Michael Bloomberg.

“But we are gonna win,” assured Sanders.

Bernie continued to reinforce his message saying, “Health care is a human right not a privilege! The wealthy and powerful will start paying their fair share of taxes; we will make colleges and universities tuition free, and cancel all student debt; unlike Trump, we know climate change is real, we are prepared to tell the fossil fuel industry that their short-term profits are not more important than the future of our planet …”