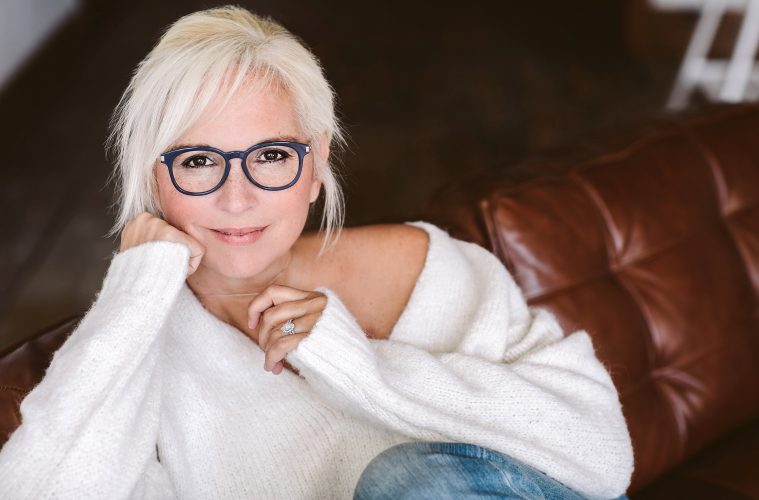 It is a frustrating fact these days that the vast number of talented people who are still committed to filmmaking here in Michigan are going virtually unnoticed and unappreciated by the press and the public. We have a whole list of names – actors, actresses, writers, and directors. Local film festivals and the dedicated attention of the few give them the kudos they deserve, but it would be an exaggeration to say they’re getting the full benefit of the national spotlight.

Happily enough, however, we recently made contact with a person who seems to exemplify the singular contradiction we mentioned at the start of this article and interview.

Nicole Bowers-Wallace is an independent Michigan based filmmaker currently working with clients throughout the United States on writing, producing and/or directing films. She has an impressive list of credits on IMDB with everything from the diverting Pretty Funny Nicole to the dramatically powerful Hysteria. She has her own company (NBW Films) and an impressive agenda of planned projects.

Two completed projects will be showcased at the Capitol Theatre in Flint on October 3. One is Legacy of Love – a heartbreaking account of imperiled children and their mothers. The second offering will be an extended trailer for Ring of Silence, a work focusing on the heinous crime of human trafficking and its many victims. The latter film stars actress Ava Deluca-Verley.

Nicole Bowers Wallace granted us an interview prior to the premieres in Flint. We would also like to add here that both her website and Facebook page have additional information regarding past and future productions.

Production still from the movie Ring of Silence

When did you start Independent film making?
Independent filmmaking has been a passion of mine since I was young child but really became a career over the last decade. I started with writing and producing commercials for corporate products and television pilot pitches, and also hosting/producing a physician spotlight program on TV 5 which transitioned into writing, producing and directing short films, feature films and documentaries.

What are the challenges in making a documentary feature versus a feature length film?

The challenge of documentary film-making in general is assuring that you’re taking the voice of those you are studying and making sure it is their voice and not a rendition of your own message. It’s similar to reporting history and from that perspective it is critical that as much as possible, one does not editorialize. In my case, I want documentaries to feel like you are sitting on a couch having a conversation with a close friend who is talking to you about their journey. Our team works hard at keeping the integrity of their voice and their message by including all their personal antics in the final edit such as their ummmms, sighs, awkward pauses and bloopers.

A feature film, depending on the genre, is a fictionalized account and amalgamation of many persons’ experiences. The issue is that you can get so deeply involved in the minutia of the film that you stray from the original message.  Also being held to a narrative script can feel confining at times, compared to documentaries, which hold numerous surprises in dialogue that keeps things interesting and open up spontaneous creativity.

Please tell us about Legacy of Love and how it came to be made?

I was speaking with one of the Executive Producers (Kim Gray) from the feature film RING OF SILENCE and she shared with me the story of these families that all experienced the tragedy we as parents dread most.  She asked me to meet with the mothers of these young people and hear their stories.  And so I did…  Legacy of Love is a dual edged sword:  It is the single most horrifying tragedy all parents fear the most, yet the strength of the human spirit and the community that seeks to support each other is evident in the story.

What is Ring of Silence and how did it come to be made?

Originally, I was commissioned by a group of concerned women in Genesee County to make a short film to educate the youth of our community of the risks and dangers lurking within this broad description of Human Trafficking.  They went about generating some funds to do just that.  As I got to know them and studied the real problem, I was shocked to learn the truth of Human Sex Trafficking in suburbia and urban America.  I knew this was a message I needed to share to educate both parents and youth and that it would take alot longer than 20 minutes.  There are four writers on Ring of Silence – two females and two males, each with a unique perspective that we incorporated into the film.  The Flint community came together in a magnetic force to support this feature being made and expose the problem.  Over 500 people participated in this film for Genesee County!

The shoot was 23, 18-20 hour days and the nearly one year of post work being completed even at this very hour.

Where does film making stand in Michigan?

The issues with tax abatements and incentives is all big business.  I’m a small independent film maker like the other 99% of the film makers in Michigan.  I’m just happy to make a film and hope that the art of the film itself has an appreciative audience and that it’s not all for naught.

Tell us about actor Ava Deluca-Verley, the actress who appears in Ring of Silence.

Oh Ava is a delight!  She is talented and motivated and artistic and devoted to excellence.  She hales from the east coast and now is a transplant to the west coast.  Ava starred in the GROWING UP FISHER television series. She stood out to me as able to portray the innocence of a teenager, yet the maturity of a person serving as the “unappointed” caretaker of the family.   April Sharpe was a very difficult character to portray:  innocent, yet on the verge of adulthood, vulnerable, protective, damaged.