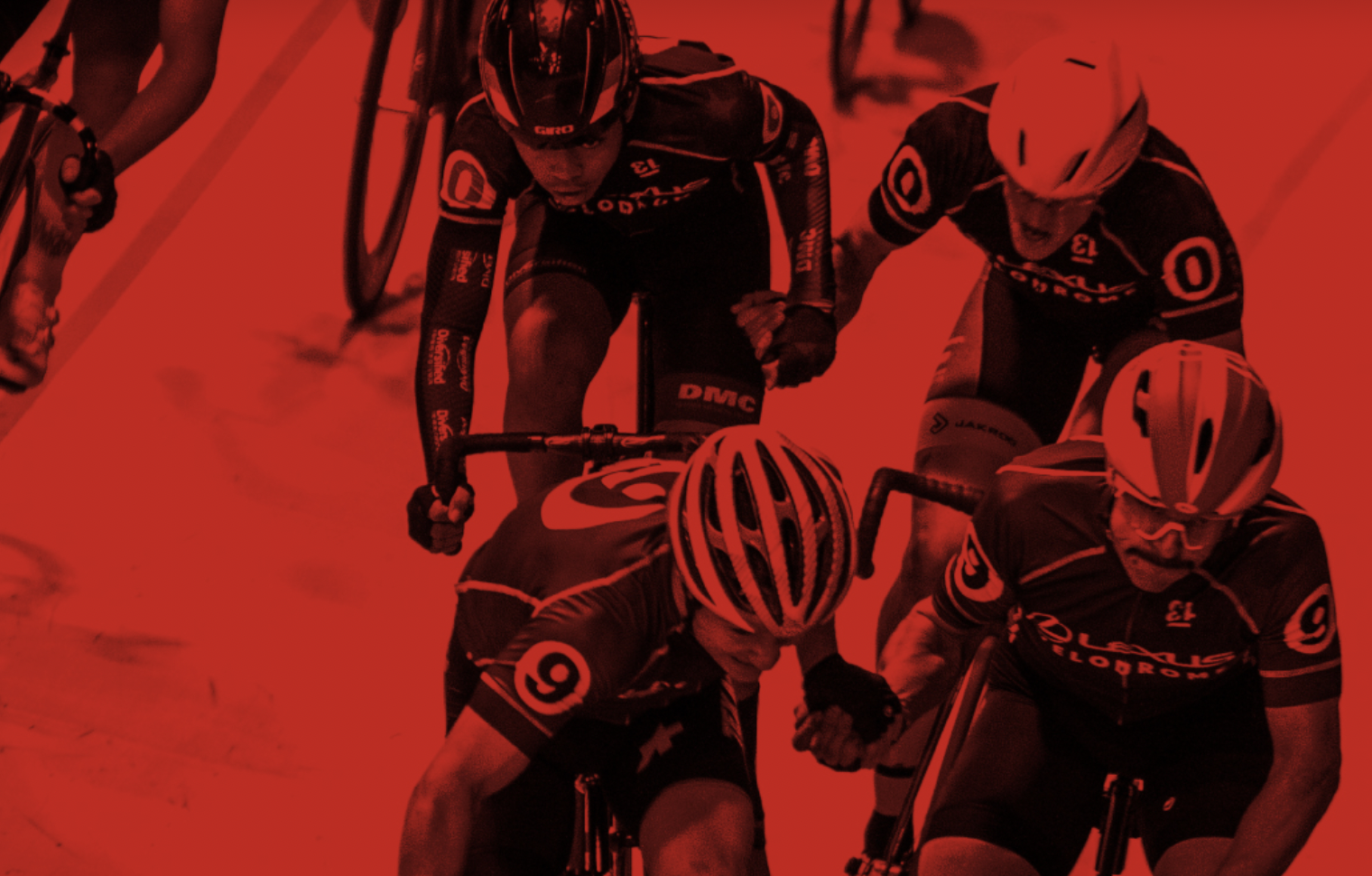 For the first time since 1978, Detroit will be the host city for a national championship for bike racing. USACycling’s U.S. Madison National Track Championships will be held November 12-14th, 2021 at the Lexus Velodrome, 601 Mack Avenue at I-75. The 64,000 Sq. Ft. velodrome is owned and operated by the Detroit Fitness Foundation.

Top racers from across the U.S. and Detroit’s best will compete on the one-of-a-kind cycling track, a 166 Meter (10th of a mile) wood oval banked 50 degrees and the venue for the most exciting bike racing in the country.

The Madison Championships features 2-rider teams competing in a race style similar to a relay race – but vastly different. Using hand sling exchanges, team mates go in and out of the racing for the entire distance of the race. The Madison racers have a unique combination of skill, speed, strength and bike savvy to negotiate the tight quarters of the track and the shoulder-to-shoulder intensity of pack racing. The bikes have no brakes, speeds reach up to 40 MPH. The style was developed at Madison Square Gardens in the early 1900s and is known worldwide as “L’American.”

In America, it happens with regularity at the Lexus Velodrome where Madisons are always the featured event. The Lexus Velodrome won the right to host the USAC Nationals based on its commitment to the race style and the physical attributes of the track – short distance, extreme banking and climate controlled indoors.

Detroit bike race fans will be able to witness the action unfold at the very affordable price of $15 & $20. Tickets available via LexusVelodrome.com/tickets. At home, viewers can watch races live streamed on Facebook, Flobikes.tv, Instagram, etc.

Its infield café – the SpokeEasy Lounge, serves up beverages of every kind and is open for all race events. Meade Lexus of Lakeside, Meade Lexus of Southfield and Lexus of Ann Arbor are primary sponsors of the venue. Diversified Members Credit Union and the RAPHA Foundation are also supporters of this most unique cycling venue in the country.

For further information, please visit LexusVelodrome.com or call the track at 313-265-6725.