OBEY, OR NOT OBEY? 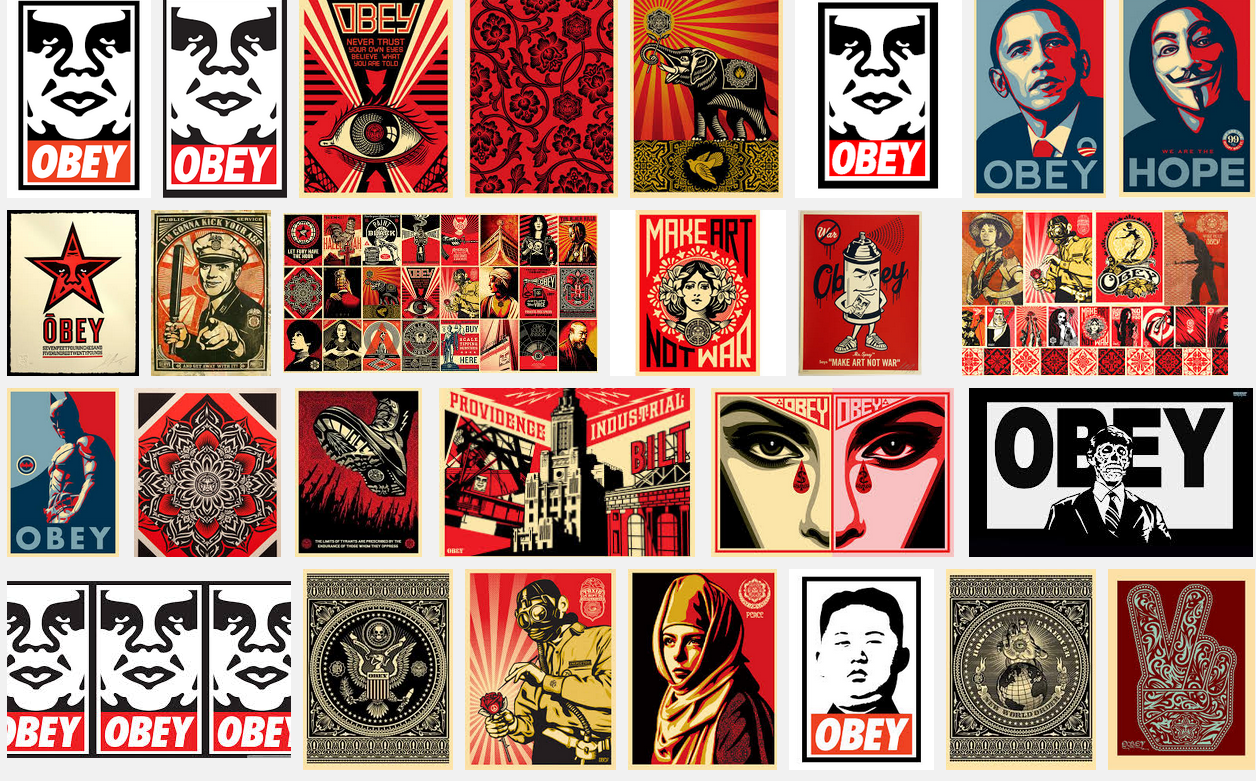 Recently, the Detroit Police issued an arrest warrant for, of all people, Los Angeles based artist Shepard Fairey. The immediate across-the-board reaction, including this very publication in a Facebook post, was shock – why Fairey? Many in the art world came to the artist’s defense without knowing the details.

Only two month’s prior, Fairey had a show at The Library Street Collective Gallery that was so successful people had to be turned away from the opening reception. Full disclosure: I didn’t go to the reception and have no intention of going to the show itself. I haven’t really been interested in Fairey for quite some time.

The thing is that other than the iconic Obama “Hope” poster, Fairey has been churning out the same imagery over and over for the past 25 years. You know the one: The Andre the Giant wheat paste, occasionally accompanied by the word “OBEY”. We’ve all seen it, even if we haven’t connected it directly to the man behind the Giant. Over the years, OBEY has spawned imagery that has spread across the United States, a clothing line, and a graphic design company headed by Fairey himself. 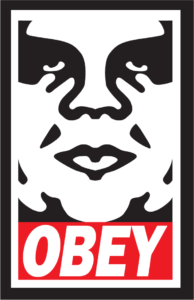 It is interesting that Fairey had a show in Detroit after ignoring the city for so long. The last time I remember seeing his presence in Michigan was when I was what the kids now call “tweenaged”, almost twenty years ago. Fairey moved on to bigger and better things; the White House is only one of those. His career has moved far away from street art, though he’s still almost exclusively referred to as a graffiti artist. Fairey’s roster includes such high profile clients as Johnson & Johnson, The Black Eyed peas, MySpace, and Kobe Bryant. And, there’s nothing inherently wrong with that. Everyone has to make a living, and every professional artist I know has a day job, be it art teacher or barista, struggling student or producepusher at Plum Market. We all must pay the bills. However, with Fairey’s work in Detroit, things get a bit dicey.

By this point, every Detroiter has an opinion of Dan Gilbert, the man behind Quicken Loans. TIME Magazine has called Gilbert the “Savior of Detroit”, while others have openly questioned the motives behind his interest in the city, as in a December 2013 article in Truth-Out.org entitled, Detroit’s Dan Gilbert: Henry Ford or Henry Potter?

As one who has a number of acquaintances who have worked for Quicken, with some that still do, I admit that opinions run the gamut. Some believe Gilbert is the best thing since Henry Ford, while others believe Gilbert is, in part, responsible for depreciating property values during the recession, gentrification, and running pseudo job fairs that pretend to be interested in hiring inner city residents. The reality is that the majority of Quicken’s employees are hired from the suburbs. Some of those employees have allegedly been offered great deals by the company on houses that were foreclosed upon. As long as you don’t mind crunching numbers for long hours this may seem a good deal. But, is it right?

I’ll admit that Gilbert often puts on a good show. 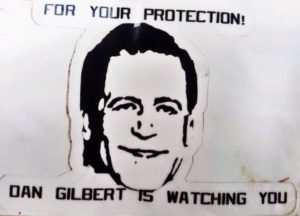 He seems to care about the city. His brand is certainly everywhere. And, according to reports by Charlie LeDuff, and owner of American Coney Island, Grace Keros, his surveillance cameras are everywhere too. So much so that a “Dan Gilbert Is Watching You” meme has gone from online to wheatpaste. So, just how should we view the team of Gilbert and Fairey when discussing the mural that was commissioned to brighten up downtown’s Compuware building?

Fairey’s work reveals chilling undertones when paired with the “Gilbert’s Watching You” meme. If the artist’s intent was not to remind us all of a gentrified version of 1984, in which the vibrant street art of Detroit’s original graffiti artists are pasted over by stark, black and white images, created by an outsider, with no ties to this city, then, perhaps, he should have changed up his design?

Fairey could have opened himself up to discovery, finding influence from our vibrant city and rich history? Instead, he chose to do what he has always done. He stuck to the only color scheme he does outside of black and white: those nice black and reds, with Chinese lotus blossom symbolism, interspersed with his Andre face, set inside a circular star. Sameness. Dullness. With no relationship to the city. 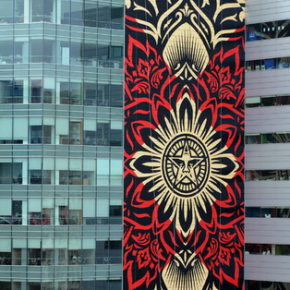 Maybe, Kim Jong-Un, or those in the Illuminati would adore it – depends how far down the rabbit hole you’d like to go – but as an artist, or a citizen, looking for meaning in the relationship between the commissioner and the commissioned, one can not help but ponder the intent of Gilbert & Fairey’s mural, paired, of course, with the non-commissioned pieces Fairey left behind.

Just a short drive down Gratiot will give one an honest look at a number of Fairey’s wheatpastes. Elsewhere, one finds more of that same “blank face” which, according to Detroit Police Department, allegedly caused $9000 in damages.

Even without the bold letters beneath the works the message is clear – OBEY.

I remember the first time I ever saw the Andre face, with OBEY written beneath. I was 12, walking with my father in Ann Arbor. The piece made me think. At the time, however, I felt the intent was “Not” to OBEY. I thought I had sensed a bit of irony. But, now I’m not so sure. The further Fairey’s career extends the more convoluted his message.

In the end, it’s Dan Gilbert’s building and it’s Dan Gilbert’s money. And, he has the right to do whatever he likes with it, even if it means trying to seduce us into submission through not so subliminal symbolism. The question is, do we, or do we not, OBEY?