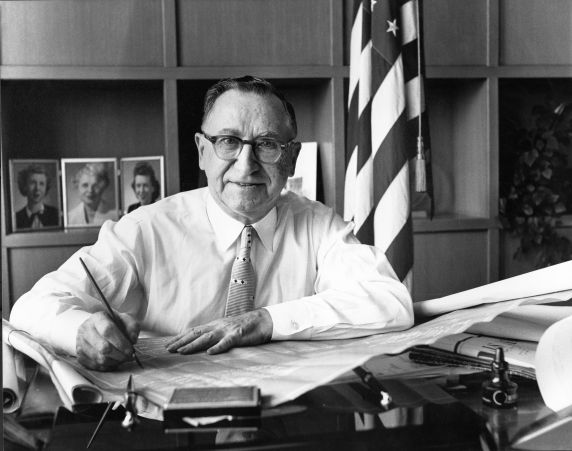 One Hell Of A Typo!

One Hell of A Typo!

I wanted to write and let you know that saw and read your publication for the first time recently at Detroit Metro Airport while waiting to take off (Jan 2015).  Never saw it anyplace else before.   Being an enthusiast of the Airport in general and liking the cover photo, I picked it up.

Now, I liked the entire issue, the articles, the layout, your editorial, etc, except for the article on Cobo Center.  I’m also assuming that you must have heard this gripe already, being that February is almost upon us, but I have to chime in.

I see that Joe Neussendorfer is credited for that article but nonetheless, as the editor, the bucks stop with you:    Who the hell is Alfred Cobo???   Good lord, that is one hell of a typo to let slip through, sir.  In bold type again under the photo didn’t help either.   *Edit*  I just read your archived November 2010 editorial on proofreading.   Maybe I’m one of those too-picky readers, but at the same time, in the grand scheme of things, Cobo > Supino’s.  So I feel compelled to say it.  And besides, my greater bitch is..

As (also) an enthusiast of Cobo Hall/Center and Arena (I recently purchased a large size print from Freep.com of the interior of Cobo Arena right before the demolition/renovation of it into bland corporate banquet halls began (a subject worthy of an article of its own)), I was somewhat dismayed of how Mr. Neussendorfer described the “12,000 seat arena” as connected to the main convention area, as if the arena is still an ongoing concern, when obviously, it is unrecognizable from how it used to be.  I would suggest that there are many people, both in Detroit and elsewhere, who are not even aware that the arena is gone. I thought that paragraph was poorly written and did not properly chart the history of  it.   For example, what was the last event ever held in Cobo Arena, the last concert, etc.    A missed opportunity.

Having said that, I did truly enjoy the issue, loved the articles and photos of Northern MI and  Michael Kenna (I met him at a gallery in Birmingham in the 90s when his book with the Rouge factory pictures was published), and the McNamara/Midfield terminal article too, of course. (Kind of confusing,  the interchanging use of McNamara/Midfield).  I hope to be able to find your publication closer to my environs.   Nice work.

Sorry I missed this about Mayor Cobo [reader’s email], but I had other concerns with the issue that needed tending and I usually take for granted that you have everything straight. The reader is right, however, as I am the editor and it is my job to protect my writing team. This ‘typo’ got through and I am a bit embarrassed by it. Sorry, Joe.

Email From Joe Neussendorfer to Editor

Tony: I had just got back from the dentist where I had extensive work and painkillers.  I did not realize that it was the spelling.  I went back to my original copy and I discovered that my autocorrect feature showed Alfred and I did not catch it.  Of course, it is Albert! Let John know that it was a good typo catch!

You are correct, sir. We will publish this letter in our March Communique.

Thank you for correcting our mistake,

Thanks for the quick reply, Anthony.

If you do publish my letter anywhere, could you please correct the missing “I” in the first sentence?   Talk about proofreading, I read my letter a few times before hitting ‘send’ and still missed that one.   It never fails…