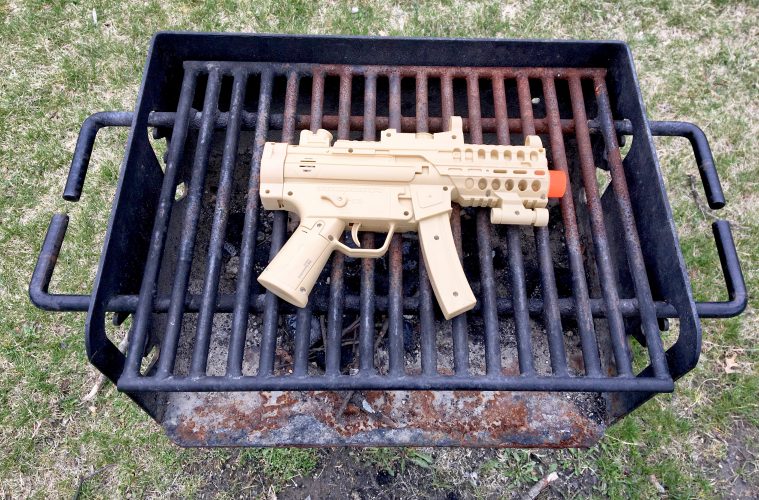 Another day, another massacre in our nation’s schools. 17 murdered people, mostly children who went to school in the morning and left in body bags, shot by one of their former classmates.

Nikolas Cruz seems by all accounts to be a kid that fate dealt a bad hand. He was adopted only to lose his dad soon after when he was four years old. News accounts say that he was mentally under-developed. He had anger issues and was suspended from school and in November his adopted mother died of flu. The kid had a rough road and one day snapped. He took his AR 15 to school and in the span of 6 minutes, murdered 17 children and adults and shot 15 others.

This happens way too frequently. 18 times already in 2018. Republican politicians and supporters, funded by the NRA tell us there’s nothing to do but offer “Thoughts and prayers.” They say this each and every time a mass shooting takes place in America. You’d think by now that all those “thoughts and prayers” would be working, they’re not. It seems as if the rate of school shootings has been increasing. The big question of course is, “how do we prevent this from happening again?”

The NRA and it’s bought and paid for Republican politicians offer no answers. Rightwing guy tows the NRA line. Often “more guns” is their response. Any talk of gun control is immediately met with ferocious opposition from the right despite the fact that 92% of Americans support Universal Background Checks, a form of gun control. Gun guy begins screaming about the 2nd Amendment. We’ll hear all of the NRA created nonsensical reasons why we can’t change a thing about our gun laws. It’s all bullshit. I’m not going to (at least not in this article) dispute all of their claims, nor am I going to try to tell you how to prevent the more than 30K gun related deaths in this country. However, I do want to talk about a few ideas to stem mass murders in our country.

When we begin to armchair quarterback a mass shooting the media does it’s part by telling us about the person’s background; RACE: usually white  GENDER: almost universally male AGE: usually 14-60 years old MOTIVATION: usually aggrieved for a number of different reasons; angry about race, angry about the Federal government, angry about being a social outcast WEAPON: AR 15. So what we get is the usual picture; White male who’s angry about something and murders multiple people. The last piece to this puzzle is almost in every single case that the gunman has a fixation with guns. Either they have an arsenal with them at home, or they’ve made it a habit to go on social media with pictures of their guns, or statements about guns and violence.

These are things we’ve picked up from the media but in reality it’s a guess. It’s a guess because the lack of real world studies giving us more real analysis. The reason we don’t have real studies is in short the NRA. Their influence is so strong they actually convinced Republican politicians to prohibit the CDC from studying gun violence as a public health threat. The NRA has prohibited the Federal Government from collecting gun related data for study other than what the FBI now collects. There are few real world studies out there because the NRA does not want you to know how horrific gun deaths and wounds are to individuals and our society.

To recap, most mass murders are committed by white males armed with an AR 15 and has a gun fixation. Beyond that we don’t know much more because the NRA owns Republican politicians and won’t allow research to tell us more. So what do we do to prevent mass shootings?

We have to be able to study the issue. We need all of our government’s resources behind this. We need to tell the NRA to gather all the data and statistics and let multiple agencies and organizations actually study the problem. This is critical but there are things we can do right now to help this problem.

1.Universal background checks is an easy start. Right now 20% of all gun purchases are done without a background check. Private purchases and in some states guns bought at Gun Shows are exempt if sold by a private person and not a dealer, hence the “Gun show loophole”.

2. Mental health comes up every time a mass shooting takes place. It’s used by the right to say, “See it’s not the gun’s fault, a crazy person got a gun and murdered all those people”. OK fine, if that’s your argument, I’ll run with it. Restore mental health funding to pre-Reagan levels, adjusted for inflation. Reagan and Republicans destroyed public health in our country in the 1980s; if their argument is “crazy people gots guns” then, right now, while they hold the White House, Congress and Senate should restore mental health funding to help these poor suffering Americans and possibly save some of us from being shot. While you’re at it, pass laws that prevent the mentally ill from buying guns. I’m well aware of the argument “A determined person will always get a gun”. Fine, let them work at it. Make them go the extra step.

3. Turn on the TV any given day and you’ll see a story about some loser who killed his wife or girlfriend because she realized he was a loser and didn’t want to spend the rest of her life with a loser. Sometimes he just kills her, despite the Personal Protective Order. Sometimes he kills the kids, her parents, her sisters or her friends that tried to support and help her. In many cases this isn’t the first time he’s committed acts of violence against her. In many cases this POS has charges against him for beating her and she may even have a PPO for her “protection. Take his guns away until a time he’s no longer a threat. When is that? I don’t know. But I know there’s an answer to that question. Maybe if we actually studied the problem, we’d come up with a solution. And yes, I know there’s a murky issue with his rights to own a weapon , but doesn’t she have a right to live without fear of high velocity rounds destroying her body?

4. And, finally, let’s talk about that weapon designed for destroying the human body, the AR 15. This is a weapon designed for war and used in war for over 50 years. It’s a very successful human killing machine. What makes the AR 15 particularly good at killing is it’s ability to fire a shit ton of rounds per minute, hold up to 30 rounds in a clip (more if you’re psycho), and the velocity of the 5.56 round that is designed to destroy human flesh upon impact. So why do people have them? Because they can!

Now, full disclosure here: I served in the US Army for many years. I’ve fired literally thousands of rounds from an M16, the AR’s cousin, and I currently own one. I own one because I’m competent with it and if heaven forbid the world goes to shit, I want a choice of which cannibal lord king I ride into the ruined landscape of America with. OK, disclosure over, back to the AR 15 and what we should do with it.

Many on the left think it should be banned altogether and there’s a logical reason for that, it’s a killing machine and too many people are murdered with it. And that is reason enough to want to ban it. Personally, I’m not in that camp and not because of some stupid 2nd Amendment fanatic’s argument that “you can’t take mah guns”. Cleetus, all rights come with inherent restrictions. Just as you can’t yell “Fire” in a theater (Free Speech), you can’t have a Stinger missile to shoot black helicopters coming for White Supremacist books and flags. What we can do is make every single owner of an assault rifle (yes there is such a thing Mr Gun Nut) register their weapon every single year. First, pass a background check, then a mental health check, and prove you have a safe place to store it. Pass laws that require these weapons be locked in a child and burglar (within reason) proof gun case. Remember how I talked about gun nuts being involved in mass shootings? Well here’s how we address this issue. If you want more than one assault rifle, get a dealer’s license and make those requirements even more stringent then the personal license. Ammo too. Make all assault rifle ammo purchases of more than 50 be traceable to the buyer. And, Gun Guy, yes I know that some of that ammo is used in hunting rifles. If you need 10K rounds to hunt a deer, you’re doing it wrong, find another hobby.

As sad and sick as it is, we’re never going to prevent all mass shootings in this country. We have over 300M guns and getting rid of them just isn’t an option. And, Gun Guy, I know all about the 2nd Amendment and I’ve heard every single one of your arguments, literally 1K times, and it’s all bullshit. All rights have limits and restrictions but the bottom line is, our children’s rights to go to school without the fear of ending up in a body bag, trump’s your right to hold the one thing that makes you feel like a man.

Shayne Daley is an ex military MP, who has read too much Hemmingway, and is a proud supporter of the Democratic Party. He eats, drinks, writes, and likes to go fishing.