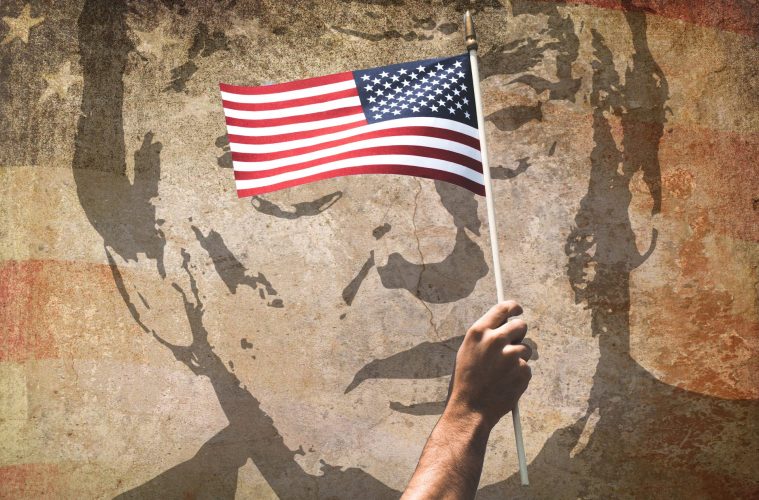 “I’m tired, boss. Tired of bein’ on the road, lonely as a sparrow in the rain. I’m tired of never having me a buddy to be with, to tell me where we’s going to or coming from, or why. Mostly, I’m tired of people being ugly to each other. I’m tired of all the pain I feel and hear in the world every day. There’s too much of it, it’s like pieces of glass in my head, all the time. Can you understand?”

Remember this scene from The Green Mile?

If not let me paint the picture for you. John Coffey (played by Michael Clarke Duncan) is a huge black man sitting on Death Row in the 1930s in a Georgia prison. Most likely John is innocent but that’s not really important here. John has gifts to heal and feel other’s pain. He’s talking to guard Paul Edgecomb (played by Tom Hanks). Paul’s witnessed the miracles John can do and asks him what’s he supposed to say to God once he’s in heaven after he’s thrown the switch and kills one of God’s own miracles. John reply is he’s tired. And so am I.

I’m not tired of being alone. I’m not a “lonely sparrow in the rain.” I’m blessed with friends who are like family and a family that are like friends. But mostly, I’m tired of people being ugly to each other. The ugliness is getting to me. I don’t know if it’s age, greater awareness or the loss of hope that’s got me so tired.

The ugliness seems to be all around us. It’s everywhere. From our politics, to our blatant disregard for the wholesale slaughter of people both here and abroad, to white nationalists running over protesters in the street or the dozens of BBQ Becky’s who harrass people of color for no other reason than being a person of color. I’m tired of all of the ugliness.

Look, I’m not naive or young, I’m a 52 year old man who’s been exposed to the ugliness as any person would but I’ve also been a Military Policeman and a Federal Prison guard. I know how ugly people can be, I’ve seen how ugly people can be. But things seem different today than it did a few years ago. The climate’s changed. And though this article isn’t necessarily about President Trump or politics, things did change when he was elected.

Obama gave many of us hope. The country was filled with optimism. The world was optimistic as well. So much so, they awarded him The Nobel Prize for Peace when the only thing he had done was not be George Bush. Obama didn’t deserve the prize as he waged war directly and via proxies as much as Bush did. But again, not the point. The point is Obama made us feel lighter. Things felt as if maybe just maybe after 300 years of slavery and oppression, black people and minorities were going to realize the promise of America. It felt as if maybe America was going to realize her full potential as the beacon of hope we’ve always said we were. Then things changed.

Trump was elected after announcing that Mexicans were rapists and drug dealers and a wall was needed to keep them all out. Trump has caged Mexican and Central American children. Separated families who fled their countries due to violence. He said Muslims were evil and a travel ban was needed to keep them all out. Trump used all of the racist dog whistles that have been used for a century or more. Most of us heard them. If you’re aware you heard them. White Supremacists certainly heard them.

The Right Wing finally had their man in the White House and no longer afraid of being exposed, they took to the streets. Trump made being a racist “cool again”. Nazis actually marched, proudly on American streets, enticing violence. After a young woman was murdered by one, Trump famously said “But you also had people that were very fine people, on both sides.” He didn’t condemn the racists, in fact despite the fact that in the past three years most extremist caused murders where done by White Extremists, Trump has yet to fully condemn White Nationalism. Additionally, he has said he doesn’t believe White Nationalism is a concern. Of course it’s not a concern, if they’re your key supporters.

But it’s not just Trump directly, ugliness has permeated our culture. Our political discourse is filled with anger. Politicians snarl at each other. Social Media is a battleground, not of ideas but of venomous discourse.

We slaughter each other daily and have for decades. It’s been 20 years since two teenagers killed 13 fellow teenagers at Columbine High School. It’s been seven years since a young loner killed 26 children and adults at Sandy Hook Elementary. It’s been 1.5 years since a man killed 59 and injured 422 at a concert in Las Vegas. There’s been literally hundreds of mass shootings in the US since Columbine and virtually nothing has been done to prevent them. It’s been one month since an Australian white supremacist killed 50 people in New Zealand . It took New Zealand one month to ban the types of weapons used in that slaughter. One month. We seem to have resigned ourselves to ugliness.

I’m tired of the ugliness. I want leaders who are kind and compassionate. I want policies that create better humans. I want more laughter and less derision. I want Americans to care about one another again.

I often have a combative and aggressive style of debate. I confront people with the ugliness they support. But am I being effective being this way? I doubt it. I’m tired of the ugliness and if I can’t change the world I’m in, I can change me. I can change the way I interact with the world. I’m going to try to be softer, kinder. Listen more and fight back less. Over the past few years I’ve learned there is no reaching some people. Some people are lost to their own beliefs. Being ugly to them won’t change their minds.

I’m tired of the ugliness.

We all have a choice.

Shayne Daley is an ex military MP, who has read too much Hemmingway, and is a proud supporter of the Democratic Party. He eats, drinks, writes, and likes to go fishing.