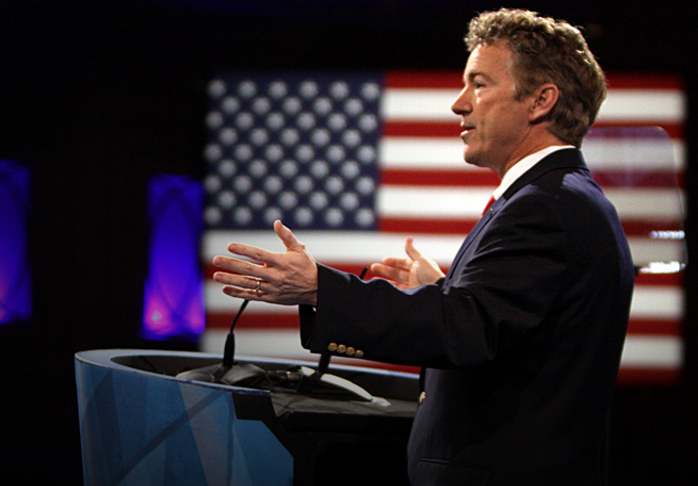 For young people in the United States, making a mistake in judgment can ruin the rest of our lives. Today in 2015, 30% of young black men can expect to lose the right to vote for a felony conviction. So when we go to the polls we look for someone who can promise something new, something fresh, and something better for young people. It really is unsurprising that young people are flocking to the candidate who went to Ferguson, is fighting to restore the voting rights of non-violent felons, is working to improve the lives of non-violent offenders, and is defending the rights of medical marijuana patients, however it does come as a surprise that this candidate isn’t Elizabeth Warren or Bernie Sanders. Instead, US Senator Rand Paul is what is driving youth enthusiasm for 2016.

Dr.Martin Luther King spoke of two Americas, one of privilege, wealth, and splendor and another, full of the ugliness of society: poverty, crime, and racism. As we look at our nation, whether it’s Ferguson Missouri or here in Detroit, Dr.King is more right than he has ever been. What our country needs today is someone who can help to bridge the gap between what myself, and many people my age, have lived in; the “other America.”

What sets Senator Paul apart from his colleagues is his ability to help us bridge this gap. Paul explained at CPAC that Republicans are fantastic at defending the 2nd Amendment, while simply talking the talk on the rest of the constitution. We need someone who will defend the whole constitution, not just the bits that are politically expedient. When the constitution is not properly enforced, we have situations such as the imprisonment of Kalief Browder, who spent three years without trial in Rikers. Can anyone be surprised that people in our “other America” feel their government has failed them?

Senator Paul offers a fresh breath of new ideas with his brand of conservative realism. It takes a special type of man to come out swinging against the President and Senate Minority leader, yet still receives praise from both. Senator Paul is a man who can bridge gaps between Republican and Democrat, Liberal and Conservative, one America and the other. Even if you are a lifelong Democrat, I implore you to consider standing with Rand for one primary cycle.