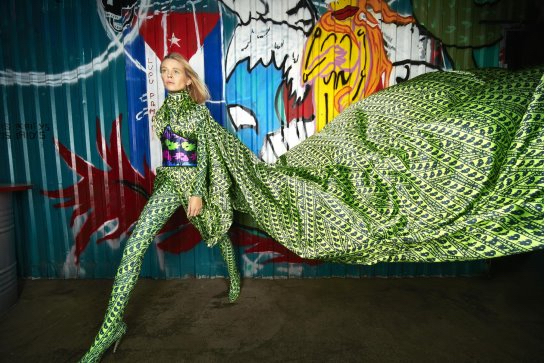 Retail purchases, especially in fashion, are often made on impulse (the so-called ‘vanity shopping’), which has a detrimental effect on the planet. For instance, Australians usually send 23 kilograms of textile to landfill per annum, whereas the average US citizen – around 37 kilograms. However, recreating the experience — the joy of shopping — in the digital space can provide consumers with the same positive experiences but with a reduced carbon footprint.

According to Indre Viltrakyte, leading the Web 3 fashion venture The Rebels, digital alternatives will play an especially important role for the younger generation, too. They will be able to experiment with their self-expression journeys in the digital realm, without resorting to impromptu shopping and wasteful consumption – values most prominent among their peers.

Phygital fashion refers to real-life clothing items having ‘digital twins’, which, same as their physical counterparts, can be owned and traded. Viltrakyte shared that the two-way bridge between the real and the digital will be key in bringing more sustainability into the industry, as well as creating an ecosystem where you get meaningful rewards for using items longer and more responsibly.

“Each year billions of clothing items are produced and, unfortunately, a significant chunk of them only gather dust before they eventually end up in the landfill,” she commented. “But what if we could redirect people’s interest in newness and passion for updating their wardrobe to the digital realm? By enabling the consumer to experience the same emotions — joy, happiness, excitement — of wearing what they love in the virtual space, the shopper can cater to the same impulses without the planet having to bear the costs.”

Viltrakyte believes that phygital items are the transitional step for the fashion industry that will encourage the public to take a keener interest in the digital space. Having recently launched the genesis collection ‘The Rebels: From the Underground’, she continues to explore the synergy between the physical and virtual fashion. 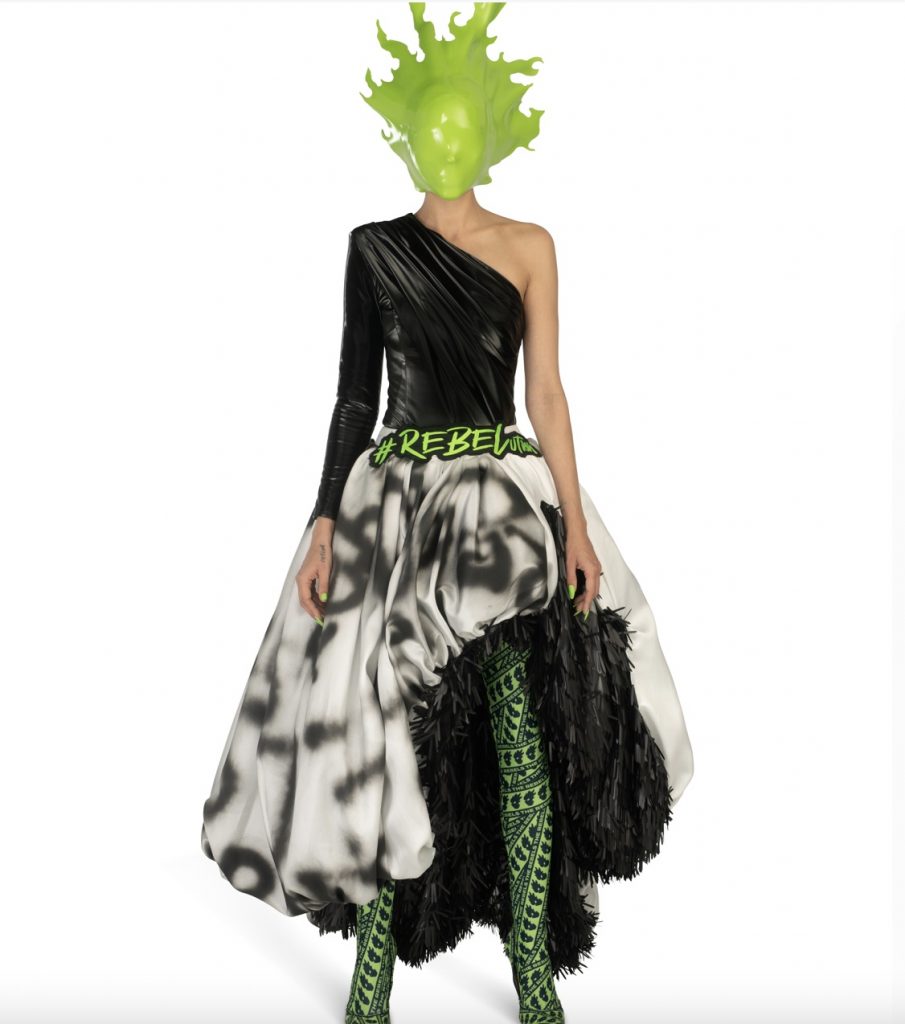 There are a few perks having a digital equivalent of a physical item. In the context of fashion, there can be additional benefits embedded into the digital asset encouraging users to resell it in second-hand marketplaces, therefore supporting responsible consumption. Viltrakyte noted that there will likely be certain incentives to keep ownership of both pieces (physical and digital) together, especially if detaching the virtual one from the real-life piece would lessen the value of the physical.

New solutions, intertwining the real and the virtual, may pose precedence for fractional ownership as well, as a group of people would be able to own a piece of either the digital or physical version of an item, or both. An example of such technology — the recently launched PBT (Physical Backed Token), enabling to tie a physical item to a digital token on the Ethereum blockchain.

“10 people could own one Hermes bag, and have a valid claim to use the physical piece for a certain time, after which it’d be passed on to a different person within the group. Thus, all members could get to use the bag, while also having the proof of digital ownership — an immutable proof that you are a loyal Hermes customer.”

“Realistically, I don’t think this will put a hard stop to this type of clothing”, said Viltrakyte, yet emphasized that it could drastically cut the demand for it.

“Digital fashion can significantly reduce the so-called “vanity” shopping — buying unnecessary items for a temporary dopamine rush by recreating similar experiences in the virtual space with augmented reality filters and/or buying a digital clothing piece. No doubt, brands will figure out to make it the “mood booster” people usually seek when impulse shopping.”

In the end, fashion is a way of self-expression as well as a symbol of belonging to a certain group of people. Viltrakyte notes digital fashion that can provide verifiable scarcity will offer the same benefits, and more, but without the same carbon footprint.

“For the Alpha generation, it is the future because they already perceive physical and digital values as the same. Owning a digital piece, instead of a physical one, may very likely become the new norm, interpreted as a badge of honor for the eco-conscious consumers, showing they care more about the planet.”