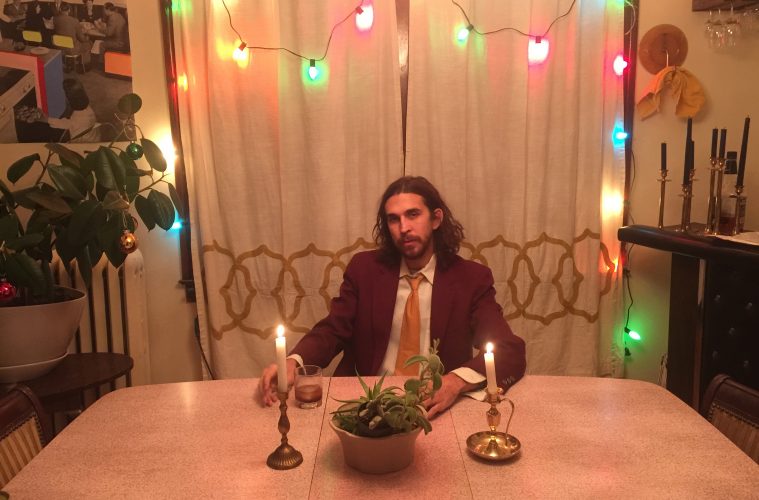 Prankis w/ Bart Dangus (A Stand Up Show of Sorts)

Recent transplant from Phoenix Arizona, Bart Dangus came to Detroit to launch a new life with paramour, Abigail Lynch. The duo worked several jobs in the city’s burgeoning food scene, most recently inside Corktown’s Mothership known as Katoi, and produce a weekly comedic podcast Something o’er the Hill that documents their journey across America. For Dangus, however, Detroit also offered the opportunity to further explore the world of Stand Up.

“I knew that I wanted to do a show, but I didn’t know if I wanted to do an Open Mic or a Showcase,” said Dangus. “I had stumbled into LJ’s [Sweetheart Bar], and I walked into the backroom, and it’s like this very compact, very intimate space that housed mops and beer, and I knew immediately the show had to be here.”

LJ’s Sweetheart Bar, which for decades has been a staple of Detroit’s local bar scene, has all the necessary accoutrement for providing connoisseurs a no-nonsense, straight forward approach to Dive Bar culture. It’s wood paneled interior, filled with classic mirrored beer adverts, and its single pool table, embrace a “drinker’s” bar, which stands perfectly suited for the Longneck, shot sect. 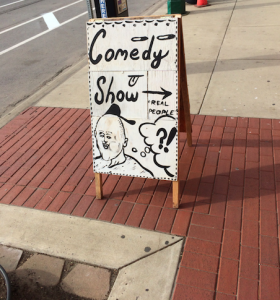 “Those are the types of bars I like; old, dive, nothing fancy,” says Dangus. His Monday night showcase, Prankis With Bart Dangus (A Stand Up of Sorts), features local comedians and national headliners who are working out new material before taking it to the big stage.

Reminiscent of a Twin Peaks set the Prankis room is comprised of a small wooden platform, backed by red velvet curtains. During each performance, which runs between 8pm-10pm, Bart Dangus and crew accommodate up to a snug 35 guests.

Now, in it’s second season, Prankis was born from an Open Mic experience in Toronto where audience members were encouraged to  heckle comedians. On stage, Dangus was forced to sharpen his skills and realized that heckling could be an interesting addition to his show. Witty heckling is, therefore, encouraged.

That said, don’t be surprised if veteran bartenders set the tone immediately upon ordering your drink. Besides reasonable rates part of the charm of LJ’s is the ability of its mostly elder female staff to toss off a few jabs from time to time, particularly with newcomers.

“Kay is fucking hilarious,” says Dangus. “She works every Monday and she gives everyone so much shit – all part of the show.”

To date, Prankis has pulled talent from New York, Windsor, Chicago and, of course, Metropolitan Detroit. Each performer is allotted seven minutes on stage. As host, Dangus opens the night and keeps things moving between acts. While Prankis is technically an Open Mic expect to see unusual gags and well conceived pieces of performance art.

“Prankis is this little weirdo set up,” Dangus says. “Last season, we had this comic [Ryan Patrick Hooper] thinking he was doing a straight Open Mic. What he didn’t know is that I had a classically trained opera singer [Andrew Sheldon] standing behind him just off to the side. Every time the comic finished a joke the singer would repeat it in pure operatic fashion.”

Another trick the Host likes to pull on his guests comes in the form of an air horn. Every time a comedian falls back on a crutch Dangus fills the room with annoying sound from the screeching instrument.

“I have this thing with comics saying “Guys”, ‘You know what I mean guys?’. Or, ‘Hey guys, how’re you doin’?” Dangus says. “It took so long for the audience and the comics to discover what the trigger was, but when they did it was brilliant.” One comic actually thanked Dangus for helping him identify his crutch. But, he was from Ohio, so …

“The whole point of the show is to have a good time, and to fuck around, cause that’s what stand up is, but also to try and make us all better comics, to keep us sharp,” Dangus says. “There’s some weird shit that happens, so whether you’re in the audience or on stage, be prepared.”

According to Dangus, there is a “bad ass” scene of comics in Detroit who are writing good jokes and putting on good shows. He cites Brett Mercer and Zech, who run the  Chuckie Finster show as one of the tops. Dangus has also met Brad Wenzel before he moved to L.A. and landed a spot of Conan.

When he’s not on stage, Dangus spends time writing jokes in a little notebook that he carries in his back pocket. He jots down an idea, or something funny that has happened, and then he tries to hash it out in a larger notebook.

“I prefer putting pen to paper verses the computer,” he said. “It’s more tangible. If I write it down I can remember it better.”

Afterward, it’s time to try it out in front of an audience. Dangus will record his performance, listen to playback, and try to determine what worked, what bombed and, more importantly, why it bombed.

For budding comics Dangus suggests the following, “Write three minutes of what you think is funny and then go eat shit on stage, because you’re going to eat shit, like the first handful of times.” He also tells new comics not to invite their friends; “Early performances can be very embarrassing.”