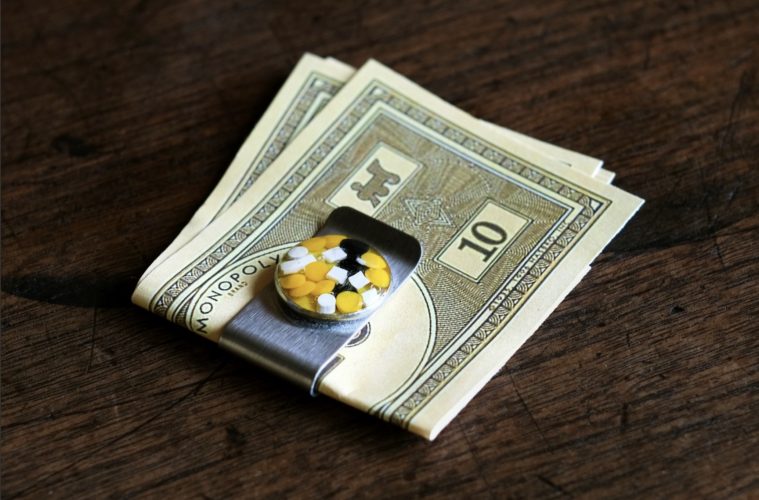 Rebel Nell, the national Detroit-based jewelry enterprise, is proud to announce the launch of a specially designed, limited-edition collection made from upcycled vinyl record materials provided by Third Man Pressing, a part of Third Man Records. These pieces are made from a combination of vinyl pellets, reground records and record trimmings known as flashing.

“The ‘trend’ of vinyl records may resurface periodically, but for diehard music fans, vinyl never went anywhere,” said Amy Peterson, co-founder and CEO, Rebel Nell.  “Not only do fans get a piece of something they love, but we get to reuse material to create something new and a true conversation piece.”

“Third Man Records is a proud partner with Rebel Nell whose mission and community impact we admire,” said Katie Edmunds, global retail coordinator, Third Man Records. “We are excited about this new collaboration that delightfully showcases the fundamental materials we use to bring music to life in a new way. These holiday items are sure to become a keepsake for years to come.”

The new pieces developed by Rebel Nell will be sold at Third Man’s Detroit location, 441 W. Canfield, in Nashville at 623 7th Ave S. and online at www.thirdmanrecords.com.

Third Man Pressing was a long-time dream of White and the staff as there were no companies producing new vinyl record presses that were known.

After many attempts at buying vintage presses, the company Newbuilt out of Germany stepped forward and supplied eight custom manually-operated presses for the plant. The entire plant was designed by White from the concept of being the first record plant to be able to be viewed from the inside of a record store, to the boiler rooms supplying the steam for the presses, to the delivery access points and stamper library storage.

The state-of-the-art vinyl manufacturing plant ushered in a new era in modern vinyl pressing, inspiring the industry forward to new innovations in record production and, the designers of Rebel Nell, to produce equally eclectic vinyl pieces now available to the public.