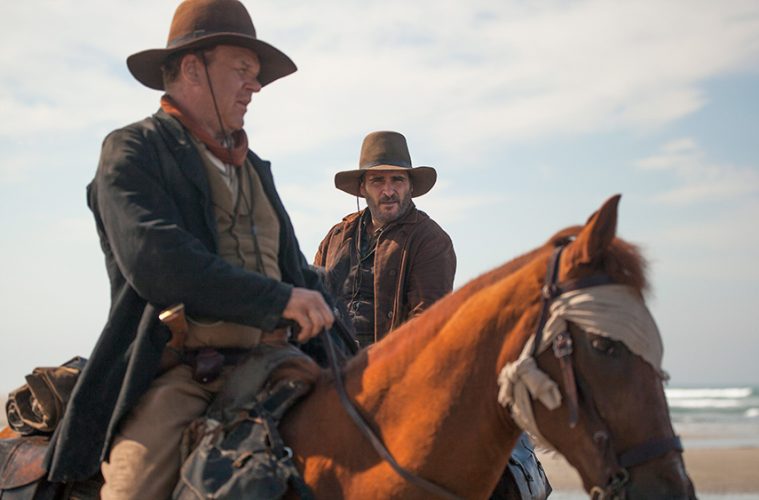 Review | ‘The Sisters Brothers’ Is A Delightful Film About Rough Men

The MetropolitanOctober 20, 2018
2018FilmReviews
By Steven Korbin

As a grown man, it’s not that I’m ashamed to use the word “delightful,” it’s far more a function of the precious few opportunities afforded to USE it. I mean…think about it. How often does the word “delightful” even OCCUR to you…and then think how often (or rarely) do circumstances…the systematic collective inundation of external stimuli called “daily life”…lend themselves to, invite, permit and give RISE to the use of the word ‘DELIGHTFUL?” Answer: almost, dangerously, never. THAT SAID…this film…is nothing short of DELIGHTFUL!

As a brother…of two brothers…there is insight aplenty into the wonderfully constructed development of the characters, as well as the perilous dynamic inherent to the very specific relationship of brothers. Far from formulaic and equally far from sugar coated, the author of this representation pulls it off with impressive insight and profound sensitivity.

There’s family. FAMILY is easy. Having a brother is…well…NOT. With most family, thoughts of murder…and I mean ACTUAL murder…only rarely materialize. To have a brother…is to entertain ACTUAL thoughts of murder…on a disturbingly routine basis. Don’t blame me…blame the botanist or arborist or whichever genetic witch doctor wove it into the uncontrollable DNA house of horrors/abortion that is US. We are literally WIRED to go one way or the other with our brothers. And if you HAVE one (or more) you know EXACTLY what I’m talkin about. The relationships tend towards extremes. Extremely close. Extremely distant (aka non-existent). Extremely…well…biblical as in “Cain SLEW that mthfqr.” I digress. 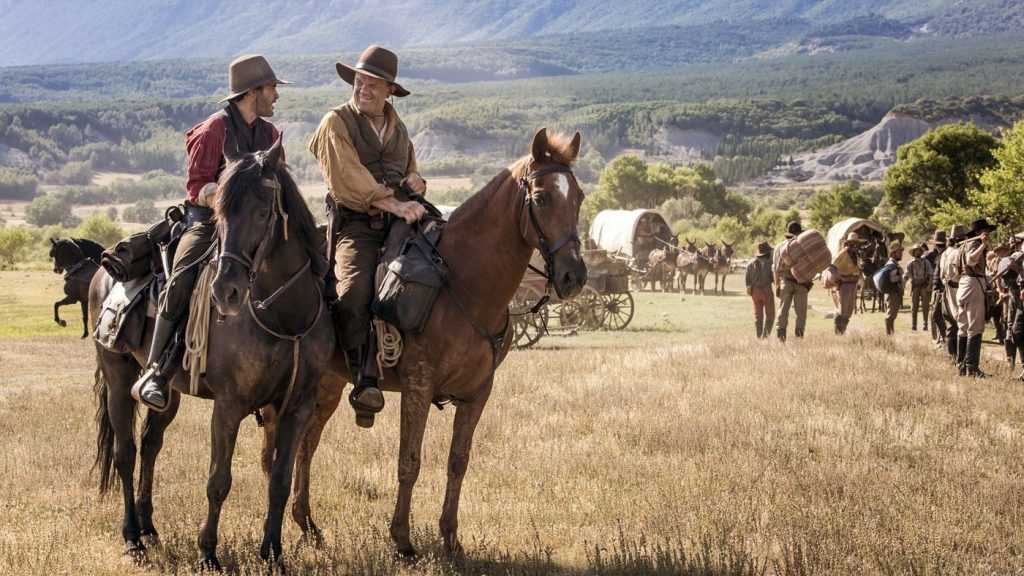 Sisters Brothers is NOT a “cowboy movie.” It’s not really even necessarily a “Western.” It’s a truly poetic character study of a couple rough men MADE rough by rough circumstances during rough times in a rough place. That they retain their (any) humanity at ALL is testimony to their…well… humanity…which in turn must be credited to the breath of humanity that their (film) creator, writer / director Jacques Audiard, breathed into them.

As a pair of brothers, Eli and Charlie Sisters, portrayed by John C. Reilly and Joaquin Phoenix, The Sisters Brothers is not merely an unapologetic loving look at what makes PRE-man bun males tic, it’s a downright poetic affirmation of the human spirit. These are not saints, and given the rough times, rough place, rough circumstances of their lives its essential to their very survival that they NOT be. They barely know how to brush their teeth. In fact…we watch as one of them LEARNS this new personal hygiene skill. They are hired killers…in the employ of a wealthy and ruthless “commodore.” These were the days when the forerunners of the wealthy people we know today TOOK their wealth by whatever means necessary.

The Oregon and Northern California scenery, the mountains, forests, beaches and especially the river canyons are downright sublime. The conditions (traveling and otherwise) of the days were not pleasant…and we are treated to some unfiltered unpleasantness. The ancillary characters emerge with an organic grace…we come to like them. We grow attached and come to take an interest in their welfare. While not surprised we are (also not surprisingly) saddened by what comes to pass. We are also, more than anything, DELIGHTED with the outcome as it relates to these two unlikely (in appearance) brothers…with the most awkwardly awesome name ever conjured up…”we’re the Sisters Brothers.”

And, by the way, they are real deal authentic badasses before that term even came into existence.

The Sisters brothers is FUN. This movie lifts you up, transports you, suspends you, entertains you, it respects you, it loves you and it delivers you to an unexpected destination.

The thing that really strikes me…and it’s most evident towards the end…in some shared knowing smiles among the cast members…that the people who made this film LOVED what they were doing. They LOVE this film. This movie IS an open love letter TO films BY some people who absolutely LOVE what they do. It’s so evident in the final product that I’m comfortable saying you have to be pretty much a total drab to not like this movie. My Aunt is a hard-core feminist…and even SHE loved it. I had the wonderful good fortune of seeing the movie with my mom (a NOT hard-core undeclared non-committed feminist)…and as “they” say there is nothing so precious in this life as the shared experiences we have with the ones we love. Well done…filmmakers. Well done.

Spoiler alert: When the brothers reunite with their mother…brilliantly casted with the always quirky Carol Kane, she delivers a couple of lines which, combined with deft direction and a wonderful musical score…steal the show. If anything, the universal theme of family must be rooted in acceptance…no matter what…just glad you’re here.