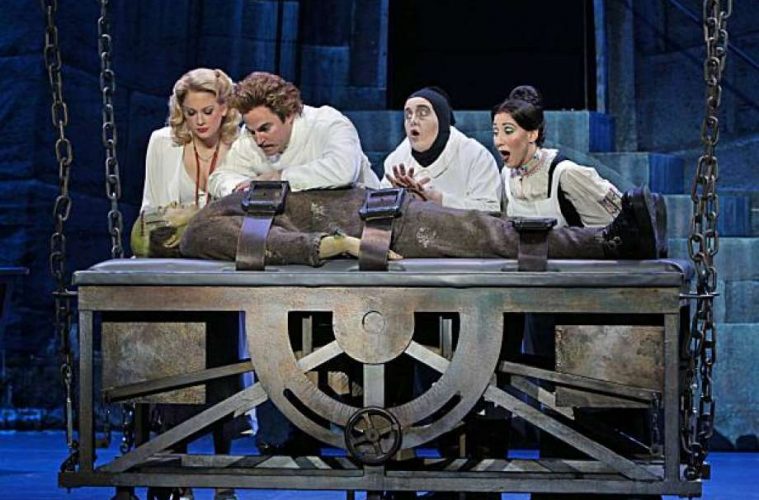 As a fan of the film I was skeptical about seeing the musical, but by the end of Act I scene 2, during “The Brain” sequence, I was completely engrossed in the fun, cerebral, tongue-tied lyricism, and overjoyed with the fabulous vintage inspired costuming that followed deliciously in scene 3.

Joanna Glushak, as Frau Blucher, practically stole the show with her hilarious number “He Vas My Boyfriend”, while actors Brad Oscar, as the blind hermit, and Shuler Hensley, as The Monster, took what could have been predictable characters from the film and pushed them way beyond funny.

This is a musical that sticks with you (I still have “Puttin’ on the Ritz” in my head. Every audience member left the theatre with genuine smiles and a light-hearted mood that seems to happen not enough in this city.

That’s all for now, darlings.