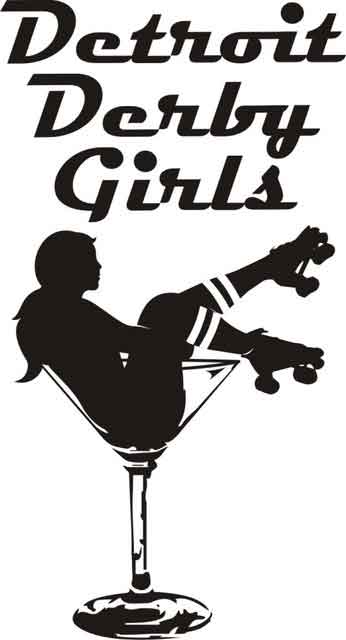 With another year of Detroit Derby Girl action right around the corner, the ladies of roller derby are getting ready to showcase their skills and talent for fans new and old alike. The Detroit Derby Girls have managed to gain quite a following of loyal supporters, both local and national, yet to many this sport is still unknown.

The Detroit Derby Girls have competed for six years in the Motor City and are part of the Women’s Flat Track Derby Association, which is a nationally recognized association setting the rules and regulations of the sport.

Currently, four teams fall under the DDG umbrella. In addition, two travel teams compete on a national level. Historically, the bouts have been held in Detroit’s Masonic Temple, but due to the increasing popularity of the sport, a difficult decision to move the bouts to COBO Hall has been made, in order to accommodate the number of fans being drawn to the world of roller derby.

Teams are training for the new season at local roller skating tracks, in and around the Metro Detroit region, upwards to three times per week. One such player, who goes by the ring name of Diesel Doll, has been honing her skating skills by hitting the pavement of the Belle Isle loop on the days she is not practicing with the rest of the team.

Diesel Doll shared, “the women of the Detroit Derby Girl scene are very serious about the sport and much like other professional teams, practice year round and during the off season to bring their “A” game to every bout.”

The sport has dimension, is well organization, with proper rules, regulations, even its own jargon. Roller Derby is more than a group of attractive women, skating in circles, trying to out stage each other with choreographed blows. The athleticism and physical contact that takes place on the track is real and makes for some very interesting and highly entertaining competition.

With bouts beginning in November, the schedule for the Detroit Derby Girls roller derby 2010/2011 season has yet to be released. Changes with league administration, public relations, the addition of bout rules and the new COBO location have met with some league delay, and with the naming of a fifth Derby Girl team this season there have been some logistical issues.