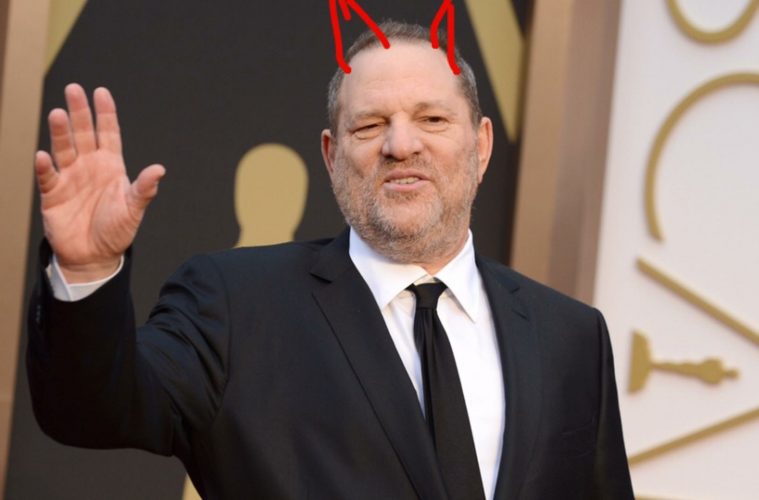 Harvey Weinstein at the Oscars

Fallout from Harvey Weinstein and other serial abusers continues. Who knows how far or how deep this scandal may go? Who else will have their long ago, secret misbehavior exposed and be reduced from champ to chump? The number and range of accusers coming forward has gotten me thinking, not about who’s guilty; there seems to be as much guilt as glitter in Hollywood and in D.C. And we all know that sexual abuse is wrong, right? Rather, I’ve been thinking about sacrifice. What kind do we expect? What kind do we offer?

There is plenty we require from artists. We want perfection, entertainment, excitement, thrills, passion, amazement, pretty colors, the creation of new worlds for us to visit in order to escape from our own.

When do we want it?

We want it now!

We want it on demand, continuously.

What are we willing to give in return?

Money? Not so much. We’ve got to draw the line somewhere. We are conflicted when it comes to the arts. We want them, but we don’t want to pay for them. We will pay though if downloading isn’t an option.

We want our artists to suffer for us, because let’s face it; while they have our love and admiration, that admiration is tinged with jealousy. How did they acquire those skills? Why didn’t I? It’s payback for our hero worship to see them brought down . . . isn’t it? We don’t bother asking how much time the artist spent developing and honing those skills. Did they sit hunched over a drawing board until their fingers cramped and their back became permanently rounded? Did they dance until their feet bled? Did they sing until their throat was raw? Did they scribble words on paper until the blurred words swam before their eyes? How many hours and days of practice and failure followed by months and years of the same before they achieved the kind of success we admire and envy? If they ever achieve success. If they can rise out of their self-imposed poverty into at least a middle class living.

Who cares? We just want the end product.

And some artists do become rich and famous. We love them. We also resent them because they can get away with things we can’t – up to a point.

Harvey Weinstein was the first to fall, but others have followed. The populace is outraged. For now. At some point, victims will stop coming forward, and careers will stop being ruined. The predators will have been purged. Well, the current predators, at least, in order (he said in his typically cynical fashion) to make room for the next generation.

From what I’ve read, a lot of people owe at least some of their success to Weinstein. Some have admitted that in return for that success they kept quiet, sacrificing their integrity. Now, they’re sorry. In retrospect, they write, they should have spoken up sooner. Yes, there were dangers to speaking up. Weinstein wielded a lot of power in the entertainment industry, and due to hefty contributions to one political party, he gained powerful friends who would stand up for him and back him in his denial of wrongdoing. He also paid people to destroy reputations when necessary.

On the plus side, besides success and riches, there were fabulous parties, hobnobbing with the coolest cats in town, tickets to the best Broadway plays, and the feeling of belonging to an exclusive, very elite, very swanky club. People have sold their souls for less.

Would we regular folk have acted any differently under those circumstances? We all like to think that we would. 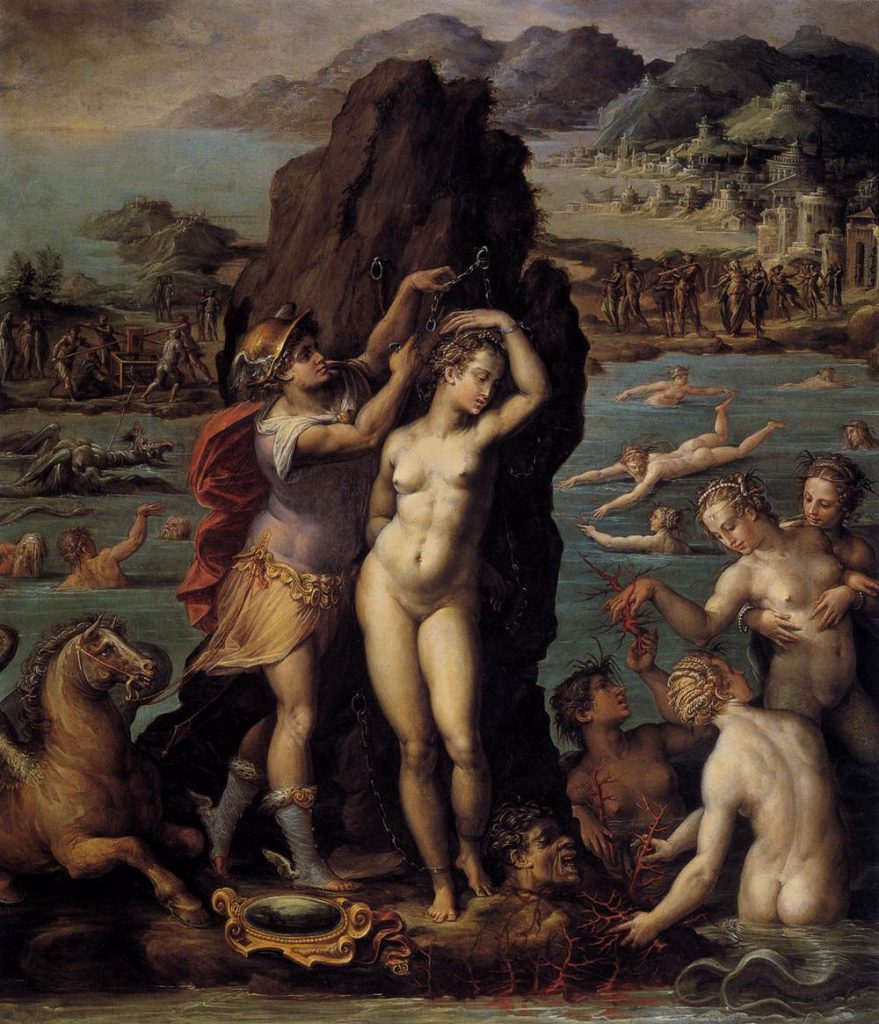 But would we? Remember Michael Jackson? Parents were willing, and excited to let their young children attend sleepovers with Michael – an adult. I’m sure they were perfectly innocent sleepovers, and anyone who thinks that anything beyond friendly pillow fights went on has a filthy mind. Right? As I recall, there were allegations of abuse, but they came to nothing. Once Jackson made the ultimate sacrifice, allowing fans and detractors the luxury of moral posturing, we moved on.

Jackson is not alone in his self-destruction. Even Daffy Duck once sacrificed himself for art and for his audience, and Daffy Duck, in my mind, is as real as Michael Jackson.

But it’s not always the artist whose sacrifice we demand. In John Waters’ Desperate Living, Divine, waving a gun at her audience, asks, “Who wants to die for art?” She then obliges the fellow who jumps out of his seat yelling, “I do.”

In the strange case of Roman Polanski, he, like Divine, receives the sacrifice. While past cultures demanded human sacrifice to appease various gods, we frown on that these days. To appease Polanski, all that was required was a thirteen-year-old girl, champagne, and Quaaludes. But Polanski continues to be given a pass by many of the same people who are livid with all of the other Hollywood abusers.

While his artistry can’t be denied, he’s nowhere near as powerful as Weinstein. So, why does he avoid Hollywood excommunication? He was cheered in absentia upon winning an Oscar as best director in 2003 having fled the country to avoid prosecution for rape. Everyone applauding his win knew that. One notable Polanski defender wanted to clarify for us at the time, that his crime wasn’t “rape, rape”, whatever that means. The sacrifice of a teenage girl for art was accepted and excused. She was a small sacrifice, and she long ago forgave Polanski. Does that mean that we are willing to offer these human sacrifices as long as they’re small and happening to an anonymous stranger?

Politics, of course, is about power. We give power to our politicians. Then they take more. In return we demand they sacrifice their dignity and honesty. We, the voter, will sacrifice all logical thinking in order to believe whatever our candidate says, accepting any impossible promise that feeds into our wants, needs, and prejudices. In the case of scandal, sexual or otherwise, the guy on our side is always innocent and the victim of a partisan, if not hyper-partisan witch-hunt and some kind of conspiracy. As an example, let’s set up a hypothetical situation.

Imagine that many years ago, a sitting president, one who stood up for women’s rights, was accused of rape by a number of women. (We’re not going to worry about making up names or party affiliation, because we know that there is at least 300% of the FDA’s daily recommended requirement of hypocrisy emanating from both parties, and we know that whatever can be said about one party can be said about the other.) The first lady, also a champion of women’s rights, defended her husband, as did other women’s rights advocates. While this was happening, this imaginary president was carrying on an affair with a young White House intern. In defending this president, the reputations of his accusers, his paramour, and the woman who exposed his extra-marital affair were all sacrificed. Laughable, you say? Impossible? Maybe. But let’s continue the story.

In the ensuing years, the former first lady – from Arkansas let’s say – becomes a senator from New York (which I think is socially as far away from Arkansas as one can get). She then loses two presidential bids, the second one to a man who was accused of abusing women and was once recorded talking about what women will let you do to them if you’re rich and famous.

To me, Daffy Duck is more real than any of these characters and situations. But the question here is not whether anyone can take this despicable scenario seriously. Rather, in our present situation of rich, powerful men being brought low due to past indiscretions and abuse of women, would this president be treated like Weinstein or like Polanski and Jackson? Would it depend on which side of the political aisle he resides?

Let’s go even further. Even though I don’t think anyone has ever asked who wants to die for politics, what if a famous politician, (a long-serving senator perhaps?) known as a champion of women’s rights but also (legend has it) a serial groper of women, had one night, long ago, drunk or not, left a women to die at the bottom of a pond after a traffic mishap, but because he supported women’s issues, his crime was ignored by his supporters? Would he be “re-evaluated” today and the sacrifice, previously accepted, now be rejected?

In either case, would we, the people have to be re-educated like we have been on Weinstein and other big shots? We demand or offer sacrifice mostly on emotional appeal, and that appeal is based on the public face of the artist or politician and whether it is consistent with our emotional needs or allegiance to a political party. It’s difficult to change our feelings unless there is a bombshell (Weinstein) with enough follow up and real dirt to replace the discarded truth with the current truth. When we try to take an honest, unbiased look at the men whose careers and public personae are now being ruined, have we been sacrificing our own principles in our support or rejection of an abuser because of our enjoyment of their skills or policies? In other words, what are we, in the audience, willing to emotionally and morally sacrifice in order to be entertained and patronized?

And as a final question, what do we say about journalists who have sacrificed their integrity in remaining silent even though they knew for years about abusive politicians? Are integrity and honesty less important than shared political bias? And once we know the secrets they kept, how do we continue to believe them? What kind of sacrifice does that involve?