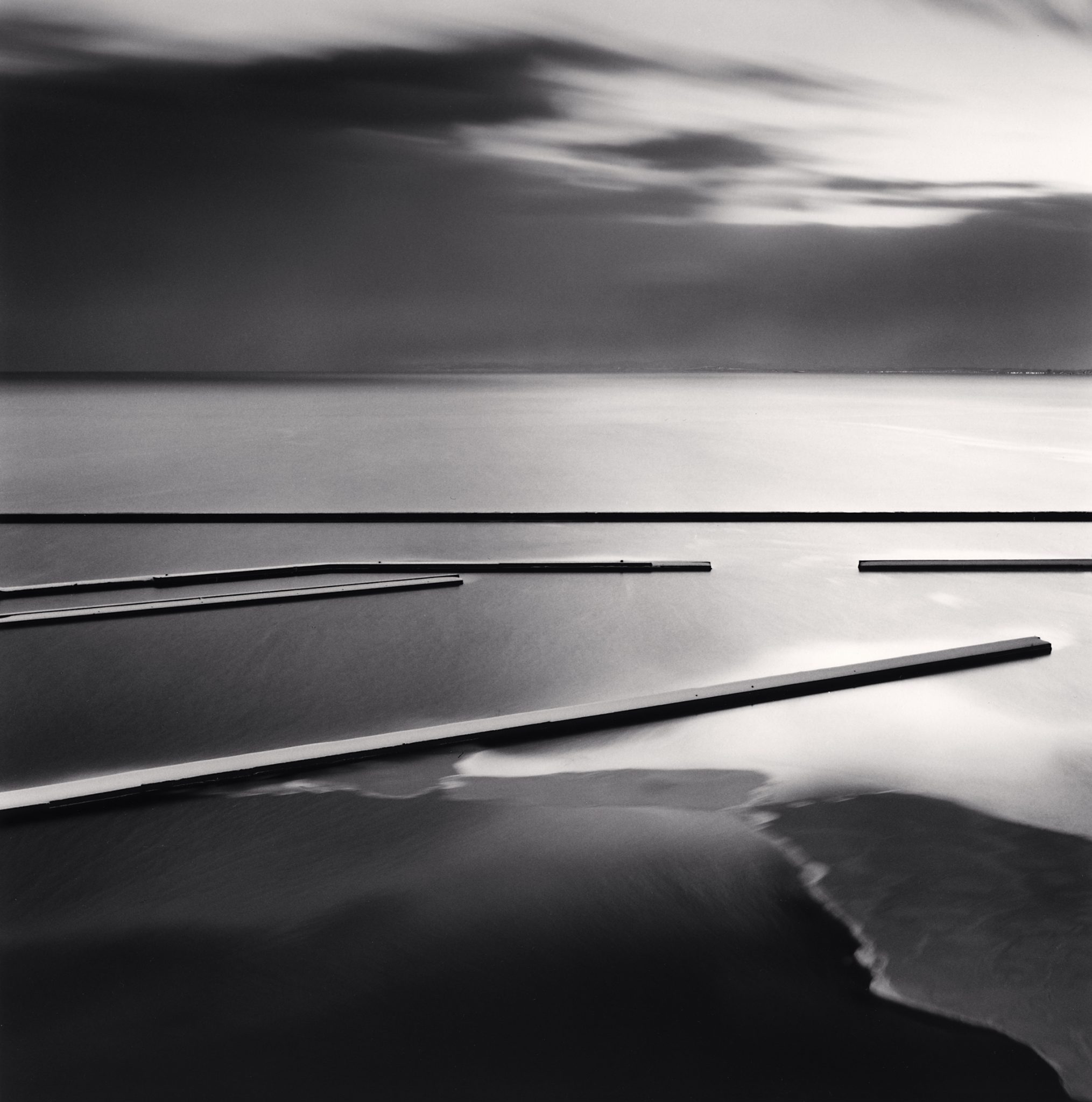 In his first exhibition with the gallery, Kenna will present photographs from his three decades of exploring Japan. His numerous pilgrimages to the island nation have resulted in a body of hauntingly beautiful monochromatic work, which will be featured in his latest book, Forms of Japan, to be published by Prestel this fall. Every step of the analog photographic process is important to Kenna, from physically and spiritually connecting with his subject matter, to personally printing every photograph in his own darkroom. For the great majority of his career, Kenna has photographed exclusively on black and white film with manually-operated cameras. He still insists on working without any digital editing.

Street photographer Garry Winogrand once wrote about “photographing to see what something looks like photographed”. The element of unknowing and sense of curiosity captured by this statement have been the foundation of Kenna’s artistic process for the better part of forty years. “I don’t do any elaborate preparation before I go to a location. Essentially, I walk, explore and photograph. I never know whether I will be there minutes, hours or days,” he says.

To Kenna, the photographer and subject matter are in collaboration to produce each shot. “I like to think I am having a conversation with whatever I photograph. I try not to steal an image, but rather acknowledge that a photograph is being made,” he explains. Kenna feels that approaching the landscape as a creative partner with the intention to have an “equal exchange of energy” inevitably results in scenes that might not otherwise have presented themselves.

“Atmospheric memory” refers to the sensation of standing in a place that evokes the past. The Japanese landscape is infused with the experience of this kind of memory, and Kenna’s obsession with visiting and re-visiting the same places is one that is long-held:

“I had a childhood game in which I would write my name on a piece of paper with the date, then place them around my house, on the rooftop, in the garden, in the local park. The object of the game was to see how long it would be before I went back and found them. I wanted to see what had changed with the physical paper, how I myself had changed, whether the writing on it had become more fragmented or abstract from time and the elements,” says Kenna.

Honshu, Hokkaido, Kyushu, Okinawa and Shikoku islands are where he plays a revised version of this game as an adult, and black and white photographs take the place of scraps of paper. Many of Kenna’s photographs capture this atmospheric memory, amidst the soft and diffused light of dawn or along unpaved roads that seem simultaneously familiar and less-traveled.

Influenced by his Catholic origins, Kenna has much reverence for the unknown, which manifests in his work through a strong preference for suggestion over description. Vast areas of white, gray, and black are prominent in many compositions; the hours of dawn and twilight are Kenna’s favorite hours to photograph, when the sleepy mist blurs edges and details. “As a photographer, I like that I am suggesting. It’s like haiku poetry. I am giving a few elements, not presenting an encyclopedic vision with all of the details.”