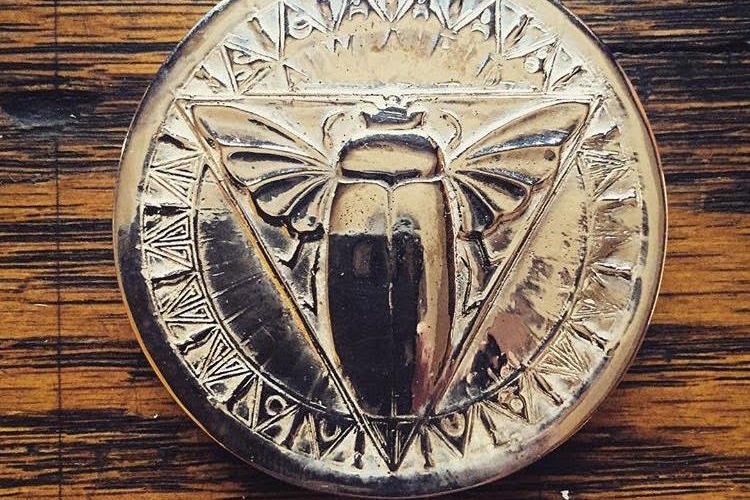 The MetropolitanDecember 31, 2016
Events
CALL FOR ENTRY:
SILVER MEDAL EXHIBITION
Deadline: Midnight – Friday, February 3, 2017
The Scarab Club invites submissions for its annual Silver Medal Exhibition, an annual unthemed, all-media exhibition, open to all artists. The purpose of the Silver Medal Exhibition is to recognize the diversity and achievement of artists whose work shows creativity of concept, excellence of design and expertise of media; to display these works to regional audiences and to be an educational opportunity for students.

JUROR
Jo Powers grew up in Downriver, Wayne County where her father had his own sign painting business. Watching him work and associating with his materials greatly influenced her art sensibilities. As an undergrad at WSU, she combined art studies with German language studies, which led to a year of study abroad at the University of Freiburg. While there she also attended the State Academy of the Plastic Arts. After completing her BFA at Wayne State University, Ms. Powers entered Syracuse University where she earned her MFA in painting. She returned to the Frankfurt area in Germany where she taught for the University of Maryland’s European Division and worked for an English pantomime theater group painting stage backdrops. Back in Metro Detroit she free-lance illustrated for publications such the Detroit News, the Detroit Free Press, the Dallas Morning News, the L.A. Times, and for the Chicago Tribune. During this time Ms. Powers began exhibiting her paintings at the Detroit Artists’ Market and at the Detroit Focus Gallery. She credits a grant from the Michigan Council for the Arts in 1985 with launching her painting career. Other grants funded her three-year artist-in-residence at Dominican High School, as well as collaborations with Detroit Dance Collective. In the late nineties, Jo Powers began teaching at Macomb Community College, College for Creative Studies, and at Oakland Community College. Ms. Powers has exhibited in Detroit and in Chicago. Her work is in private collections in the U.S., Germany, and Australia.