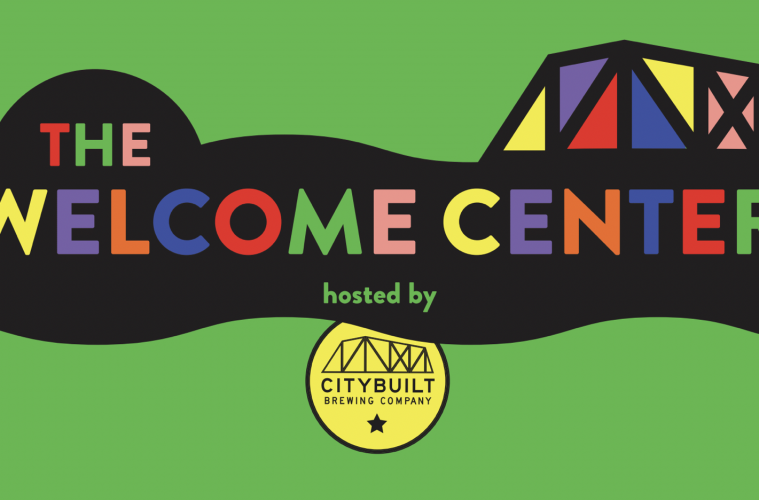 City Built Brewing Company approaches ArtPrize this year with the same enthusiastic gusto for which their beer and food have earned a reputation. With a one-two stroke, they’re lighting up ArtPrize with a large-scale artist unveiling on Thursday, September 16, 6-10 p.m., followed by a season finale to their popular summer music series on September 17, 6-11 p.m.

In a unique pairing for ArtPrize and West Michigan breweries, Ann Arbor cannabis brand and multi-location dispensary, Skymint will sponsor Detroit artist, Sheefy in his on-site installation, The Sheefy Experience. Literally tearing the roof off the place, City Built is replacing the canopy of The Welcome Center, their pandemic-response tent and Downtown social zone with a one-of-a-kind, large-scale painting by Sheefy. Early visitors will get a chance to immerse themselves in Sheefy’s art by enjoying a City Built beer via artwork inspired, limited edition, Refreshment Zone cups.

Located directly across the street from the brewery, Sheefy will complement the surprise unveiling with a light show projected inside The Welcome Center, as well as live art demonstrations alongside local Grand Rapids DJ, Sángo (SangoBeats). Sheefy will be joined by two other ArtPrize artists, Kaylee Bearss and Arbor Circle who’ll be on display outside. And, inside the brewery, City Built will feature work by three additional artists, Abram Sudan, Ian Burk, and Lorina Tayag Capitulo.

Don’t sleep on City Built’s free second night ArtPrize kickoff party, Friday Night Live. Taking place at Canal Park, directly adjacent to The Welcome Center with a backdrop of the Grand River, musical guests Grand Rapids’ Lady Ace Boogie headline, with Stone Soup and The Broken Teeth supporting, and The Mainstays as the evening’s openers. City Built’s general manager and events coordinator, Kurt Schmiege shares their pride in the curation of FNL, “The entire lineup this year has been as diverse as it has been strong. We’ve had almost every genre of music on that stage and that has been very deliberate. For this season’s final show, we wanted it to be the icing on the musical cake.”

Friday Night Live became a surprise hit for outdoor entertainment during this summer, hosting an array of local and regional talent. Set in a family-welcomed environment, non-bougie fur babies included, this iteration will be a proper way to invite ArtPrize back into the city and a respectable way to pause FNL until next summer.

City Built will provide the beer and their kitchen will be open as normal, but food vendors Street Chef Shaw and Tamales Mary will be on site at The Welcome Center to complement City Built’s overarching and ongoing pursuit of an all-inclusive #UrbanArtAdventure.