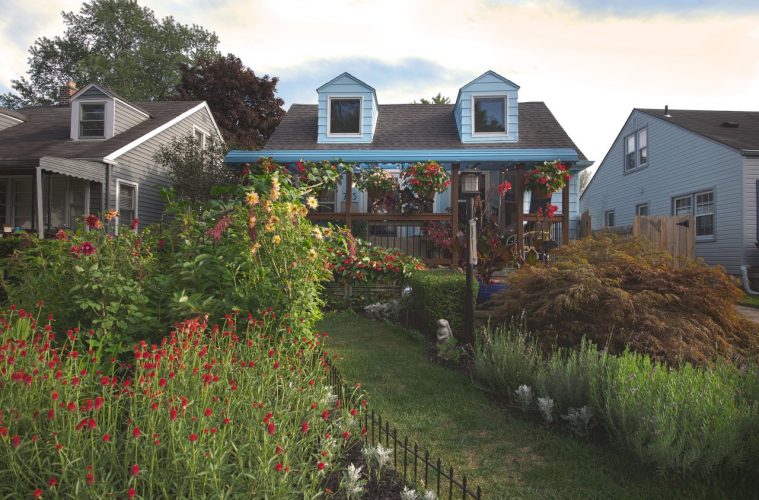 Thank You For Beautifying the Neighborhood

As I was lugging my garbage cans to the curb early this morning, a woman from the neighborhood – whom I had never met – stopped to address me while she was walking her dog. She let me know how much she enjoyed taking her walks by my front garden, and that the flowers always made her smile. I thanked her profusely and, per my nature, proceeded to offer up way more information about the process than she obviously required. But at the end of our exchange she said something that really resonated; “Thank you for ‘beautifying’ the neighborhood”.

That last bit really put a smile on my face. It also got me thinking about why I garden. And, to a greater extent, what gardening does for me, those I love, and the larger community around me.

When I started gardening, I didn’t set out to have it take up all available space that wasn’t the house itself. But four years on, that is basically what has occurred. Like everything else I get into, I tend to go a little overboard when it comes to plant life. When my daughter was a baby, I saw a youtube video about someone’s Christmas village display and I was immediately hooked. We were living in a small apartment in Chicago at the time so I assured my wife that I would only find a couple of houses on ebay that would sit nicely on a small table and offer up some yuletide cheer for our new little family. However, I became very good at finding incredibly affordable deals and by December I had taken over half the living room with a massive village sitting amongst a mountain top that I had modeled with foam, newspaper, and plaster cloth. It even had a cute little train running throughout, but I digress. 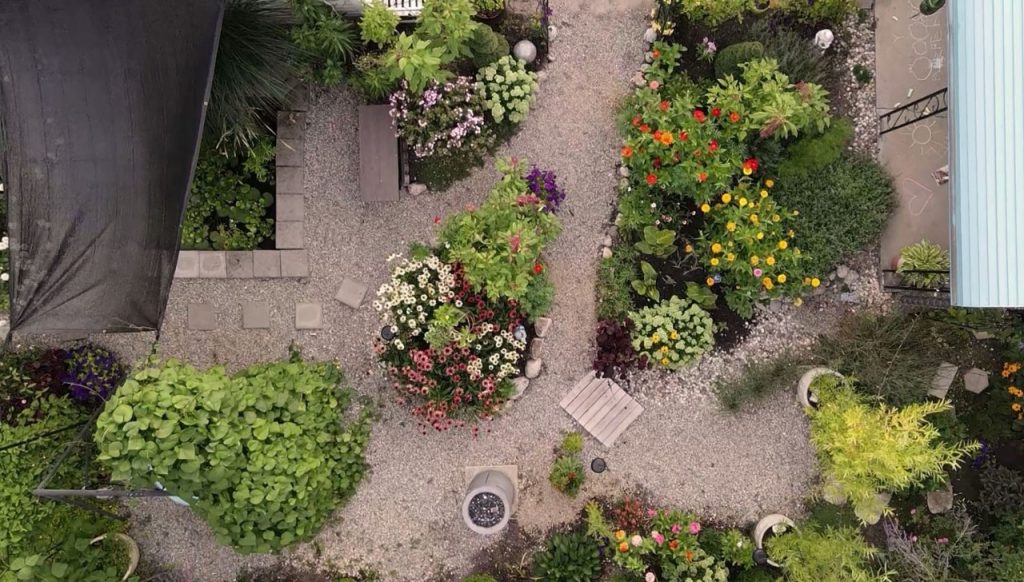 The biggest reason I love to garden is its ability to help manage my chronic pain and the depression that accompanies it. I was in a pretty bad auto accident ten years ago that resulted in some complications, the main one being chronic pain. When I first began to get passionate about my garden, I had no idea of its mental health benefits, but I soon found out for myself that while among my plants, my mind was taken away from the pain that had become a constant in my life. The joy that is instilled in me seems absolute. I owe quite a bit to my garden. It definitely helps me through some tough moments.

I adopted a strictly chemical free mentality fairly early on in my garden. The first year I was in my house I attempted to have a pristine looking front lawn and invested in all the assorted products that go along with it. I would also spray various products on my plants that I was led to believe would make everything look perfect. Although visual results are hard to argue with, I quickly learned of the harm these assorted nasties were capable of and gave them all up. Instead of worrying about my lawn, I ended up getting rid of most of it. I have absolutely no grass in the back and in the front, only the tree lawn and a three foot wide path through the front garden remain. I am eager to get rid of the rest in the spring.

As a result, I have been heartily thanked by the local group of pollinators. If you were to spend an afternoon here, you would not believe how many bees could exist outside of a beekeeper’s yard. I was not aware of all the different kinds there were until I began. 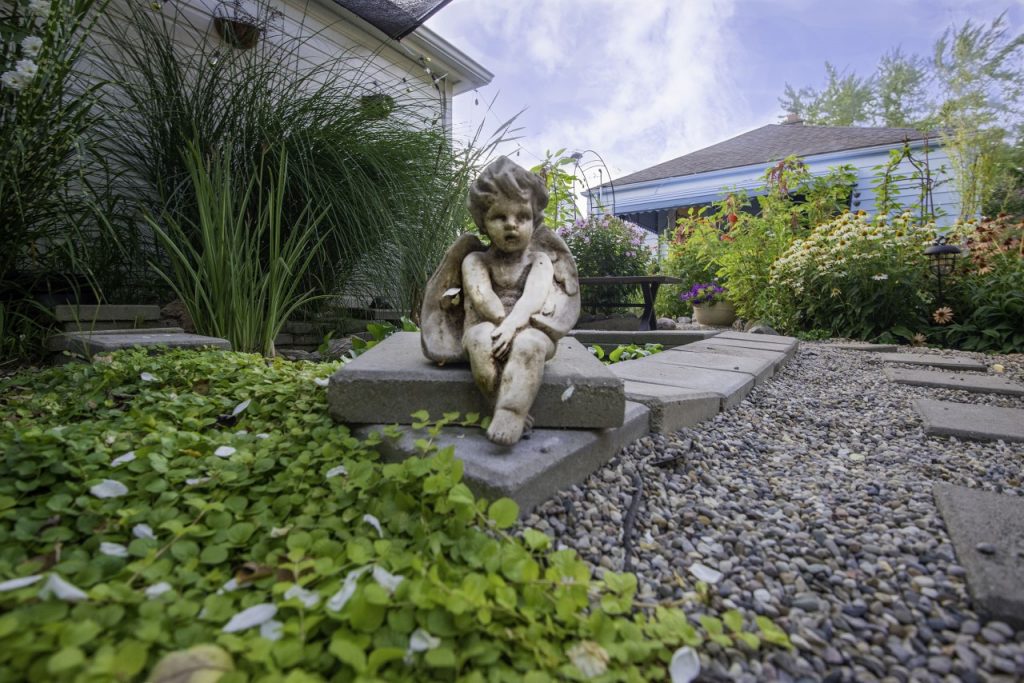 Earlier this summer, I read that monarchs were endangered. But from the number fluttering about in my garden you would think that claim to be an exaggeration. They are always joined by a couple different kinds of swallowtails and the occasional humming bird. I shudder now when I see the lawn care trucks around the neighborhood spraying their liquid poison all over people’s lawn – a pursuit many in gardening argue does more harm than good.

The dog walker this morning brings me round to the final reason I garden; because it makes other people happy. After a hard days work, there is nothing my wife enjoys more than taking a walk around our garden. I love being able to see everything through her eyes. I can be hyper-critical of myself, so I tend to require outside feedback to know if I am creating something of worth.

Last fall, when I removed most of the front lawn, I planted five-hundred tulips in a mass planting. Starting in early spring, I would go out and inspect every square-inch of the planting bed looking for signs of life. I was so elated when they began to emerge and could not wait to see what it would look like. After a short battle with local rabbits, which I won with some short fences and an ultra-sonic noise device, I was on my way to my own little tulip festival. It was more glorious than I had hoped for, and the neighborhood certainly agreed. I saw more than a few people taking selfies in front of it. Other parents at the park would recognize me as “that tulip guy”. I love the joy it seems to bring to everyone who passes by.

The bulbs were procured from a bulk website that suggested them as one time use; advice I followed. Mostly, because I did not want to wait for the foliage to die down on its own. Plus, I had summer things to plant. I enjoyed it so much though, that I ordered another five-hundred to plant up this fall. Which, I’ll begin after pulling out my annuals and my Dahlia and Canna tubers to store in the basement for the winter.

But, that is another gardening tale. 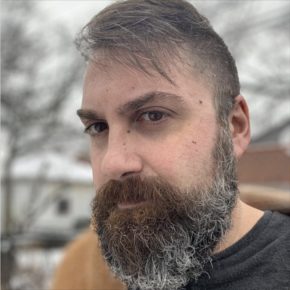 Jamiel Dado is a gardener and musician for whom the bees, butterflies, and neighborhood dog-walkers offer their appreciation.