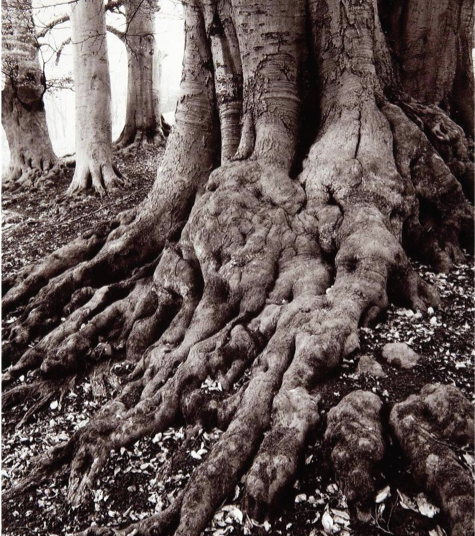 The Architecture Of Trees | Balthazar Korab

The Scarab Club will host a solo exhibition and beam signing by architect and photographer Balthazar Korab. Korab has documented the places where we live and work. His photographs have been exhibited in prominent museums such as The Museum of Modern Art-New York, The Detroit Institute of Arts, Centre Canadian d’Architecture-Montreal and The Venice Biennale.

Korab was born in 1926 in Budapest, Hungary. As a young man, his studies in architecture at the Polytechnicum were interrupted in 1949 by the necessity to escape his country’s communist regime. In a prevailing trend of emigration he opted for France, where in Paris he attended the Ecole des Beaux Arts, obtaining his diploma of architecture in 1954. During this time, Korab worked throughout Europe as a journeyman with notable architects, including Le Corbusier.

Coming to the United States in 1955, Korab was hired by Eero Saarinen where he began experimenting with the use of photography as part of the design development process. In 1956 he was awarded fourth place in the international design competition for the Sydney Opera House, and in 1958, invited by Frank Lloyd Wright to join Taliesin as both an architect and photographer. In 1964 Korab received the prestigious AIA Medal for Architectural Photography, recognizing his worldwide coverage of prominent architects.  In 1994, President Clinton offered a portfolio of Korab’s photographs as a state gift to Arpad Goncz, the president of Hungary.

Korab has authored and contributed to a vast number of publications including genius loci: cranbrook, I Tetti di Roma, Gamberaia, Columbus Indiana, Encyclopedia of American Architecture, The Saarinen House, and multiple volumes on the works of Frank Lloyd Wright.

William Bostick, 1913-2007, was a remarkable man, whose talent and vision left a lasting mark on the arts community. Bostick was a member of the Scarab Club for nearly seventy years. He served as Administrator and Secretary of the Detroit Institute of Arts from 1946-1976 and was a founding member of the Michigan Watercolor Society.

He exhibited in many of the annual exhibitions for Michigan artists from 1938 until shortly before his death, and was awarded the Scarab Club Gold Medal Prize three times. His paintings are in many public and private collections; three are in the permanent collection of the DIA.

During his long career, Bostick served as President of the Scarab Club, President of the Board of L’Alliance Francaise de Detroit, Chairman of the Michigan Watercolor Society, President of the Torch Club and the Book Club of Detroit. For his cultural efforts on behalf of France and Italy he was awarded the rank of Chevalier, French Order of Arts and Letters and Knight of the Order of Italian Solidarity.