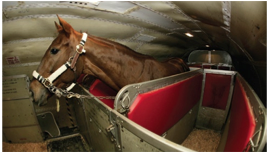 On the 6th and 7th of November, a most highly prized competition takes place in horse racing. To be sure many of us are quite aware of the Kentucky Derby, Preakness Stakes in Maryland and the Belmont Stakes on Long Island, N.Y. , which make up the fabled triple crown in racing. But, more and more are becoming aware of The Breeder’s Cup World Thoroughbred Championship; a culmination of great animal athletes drawn together for a season ending showdown.

The event distinguishes itself from other races in a number of ways. First, it changes venue year to year. Breeder’s Cup selection committees work in conjunction with sponsoring racetracks, cool or warm locations, drawing on sufficient population and financial demographics to support an event of this magnitude. And, huge it is. This year it’s Santa Anita, near Los Angeles.

Second, the Breeder’s Cup is not just one race and now no longer one day. Friday will have a full day of racing featuring six Breeder’s Cup races, mostly fillies, then capped with a 1 3?4 mi. marathon with a very large $500,000 purse. On Saturday, the balance   of the Breeder’s Cup card begins with sprinters competing at six furlongs and more, and distance runners up to a mile and a half on both dirt and turf. Of the eight cup races featured, purses begin at $1,000,000 each, graduating to the 1 1?4 mile classic with a hefty $5,000,000 payoff.

Breeder’s Cup entrants are nominated, beginningwithbreeding,throughahighly competitive point and earnings system, to qualify in the event. Subsequently, with purses so high, horsemen, owners, and trainers from England, Ireland, Saudi Arabia, Canada and the United States will represent with the finest of their class giving the program a strong international flair. The best of the best from around the world sets the stage for great racing drama.

Having a thoroughbred qualify for this competition is a major event in itself. So is shipping so valuable a horse. It’s not a simple case of “what can Brown do for you.” What are required is knowledge, care and experience. In year’s past, rail was used a good deal. Now, trainers either ‘van’, if the track is close enough, or fly – 1st class. A real pioneer in air equine travel is Lexington, Ky. Based H.E. (Tex) SuttonForwarding Co.

Tex, born Halford Ewel Sutton on a west Texas farm, was dirt poor. He died in 2000 at age 78, quite successful and revered for his generosity and his word. He was a “handshake is a deal” man. When rail fares went up $1,000 a car Tex said to a co-worker “could we fly them?” He worked on configuring a Boeing 727 with special stalls, loading ramps, even room for pets to calm horses.

Since then, Sutton Forwarding has flown Kentucky Derby contenders and winners. The reputation becomes even more solid when pilots and workers call Sutton’s crew ‘real cowboys’ who know and love horses. After Sutton’s death, longtime business associate and close friend, Dave Clark, bought the company. His son Rob Clark – born in Michigan – joined later. It was a gutsy move, with Sutton’s reputation looming large, but Rob Clark has begun the daunting task of building his own reputation through lessons he acquired from both Tex and his father. He runs the company now and those who know him say Rob’s another ace in the air.

Security and the comfort of the horses are most important when transporting these beautiful animals. Pilots are much more delicate when flying horses than humans, using shallower banked turns and steering clear of weather and turbulence. Having a solid understanding and a genuine respect for these majestic thoroughbreds are a large part of ensuring their safe arrival for post time, and Sutton Forwarding continues the tradition of doing so just the way Tex himself would have wanted it – with a good deal of care and a ‘handshake’ that means everything.