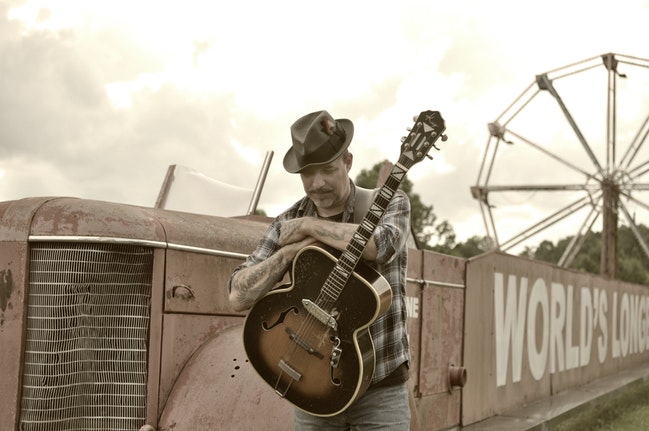 Gino Fanelli Is Back In Town

Ten years is a decade. Five years is a lustrum. And three years … well, three years can be a drought for the ears when one of your favorite musicians moves to a different state.

And the long dry season began for many of us in 2015 when our good friend Gino Fanelli – a man whose mastery of the jazz guitar never failed to bring a cool ambience to each and every venue he played – packed up and relocated to points south of the Mason-Dixon. The reasons were the usual and familiar ones; a desire to embrace new experiences, explore new directions, and broaden the scope of performing. That last reason should be especially emphasized. Our man Gino is regional now and you’d need a lot of pins to mark the places he’s been and the places he’s going to these days.

But there’s good news today (September 13) and there will be a very good vibe tonight at Otus Supply in Ferndale. Gino Fanelli is back with his six strings and six equally talented friends – and he’s gonna show us what cross-country mileage has added to his style and repertoire.

In keeping with Metropolitan Detroit’s ongoing mission to talk to and interview the talented men and women of this area, we got in touch with Gino … as he was driving … a trifle exhausted … from (we believe) Cincinnati … with his indispensable manager Julia Markey riding shotgun … and he gave us the sweet and lowdown. 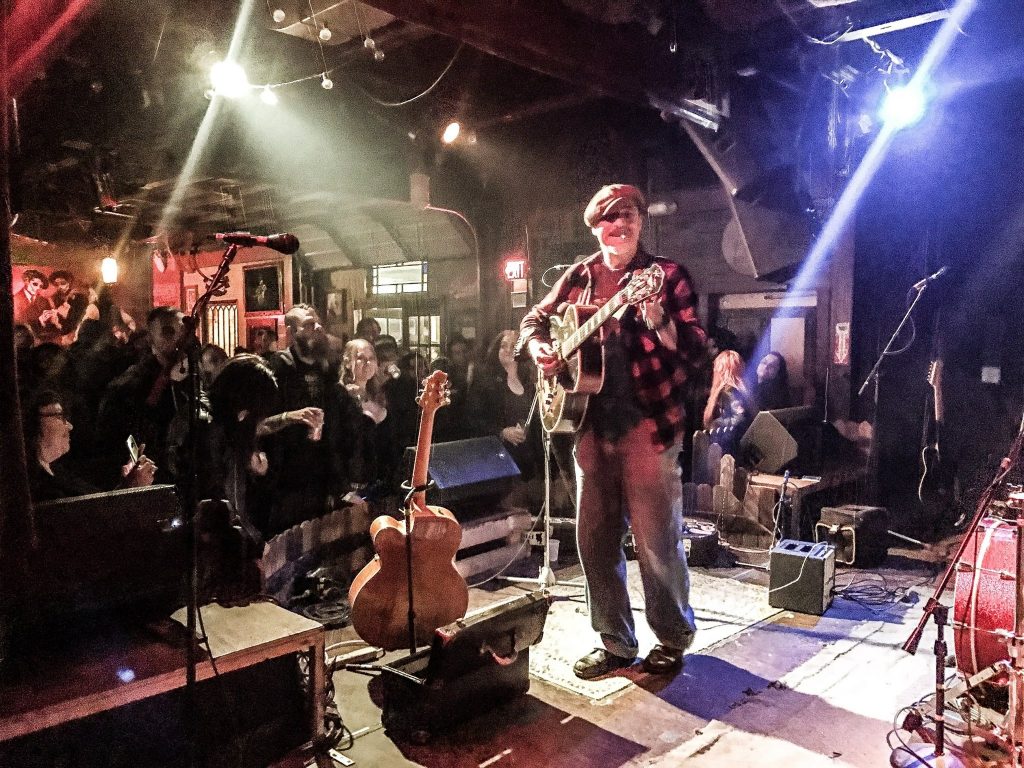 It’s been several years now since you packed the guitar and took up new digs in the south. What happened during that time? Did the experience and the traveling prompt a different style and approach to what you do so very well?

Yes,  moving down to Chattanooga was a very big change and a very big challenge. It was like starting over. No one knew who I was down there. At first it was rough, but then I started playing local gigs around Chattanooga and elsewhere. Julie Markey of RedTail Booking & Management (my manager and girlfriend) worked VERY hard and started booking me all over the country. They were mostly solo gigs, so I added a kick-drum while I play guitar and a trumpet kazoo when I’m not scatting. It’s a great adventure for me now. I literally play all over the map and I’m meeting all kinds of great people.

Okay, your new address in Dixie is Lookout Mountain in Georgia. Forgive this brief segue, but how does someone end up living near (or on?) a Civil War battlefield?

LOL! I was planning a vacation to New Orleans and an old friend of mine saw one of my posts on Facebook and invited us to stay with her on Lookout Mountain.  Needless to say we fell in love with the place and I never made it to New Orleans.  I finally did make it to NOLA, however, when I went on tour. For the record, we live very near the historical site, but we’re not really on it.

Besides the weather (of course!), what do you the most? And yes, one of your answers may allude to a certain dive in Royal Oak.

It’s funny, but now that I’ve been gone over three years … yeah, I find myself missing things more.  Gusoline Alley, Coney Dogs, Detroit pizza, and my friends and family. And all the great musicians in Detroit! I loved that piece you wrote about Arts, Beats & Eats and the names you mentioned really made me feel homesick.

We had to reach you by phone while you were leaving Cincinnati (we think) and your return here will be a mere 24 hours. You HAVE been on the road a great deal! What does the schedule and booking look like for the next two or three months?

When we spoke on the phone we were driving through Cincinnati from Chattanooga.  Tonight we play at Otus Supply, then I have a private party in Toledo Friday night, and we return back for a wedding reception at the Detroit Athletic Club A lot of dates are filled in for the next three months, but I always have room for more. My shows take me from Hilton Head Island, Savannah, Charleston, Myrtle Beach, Wilmington, New Orleans, Texas … Thank God for GPS!

You’ll be at Otus Supply for the first time – and you’ll be performing with your quartet and The Royal Garden Trio. Tell us a little about them, please.

The Royal Garden Trio is an incredible band and I’m very thankful they could be on this bill with me.  They consist of guitar, cello, tenor guitar, and clarinet.  A real throwback to the golden era  and the golden sounds of jazz!

You were the guy we went to when we needed a dose of Django and the sort of jazz that is exceedingly hard to find these days at any venue. How did our southern neighbors and other crowds react to that Fanelli sound that we know so well?

Most of the places I perform at now have seldom featured or booked the style of music that I play – but we always get great responses at these venues! I play songs from Louis Armstrong, Louis Prima, Louis Jordan – or as I like to call it, The Trifecta of Louie. Its great to see the smiles on faces when you are playing that music for them. It is great to turn people on to the music I play when I am in their town. It’s an ongoing celebration – and I’m loving every minute. And I love coming back to the place where it all started.