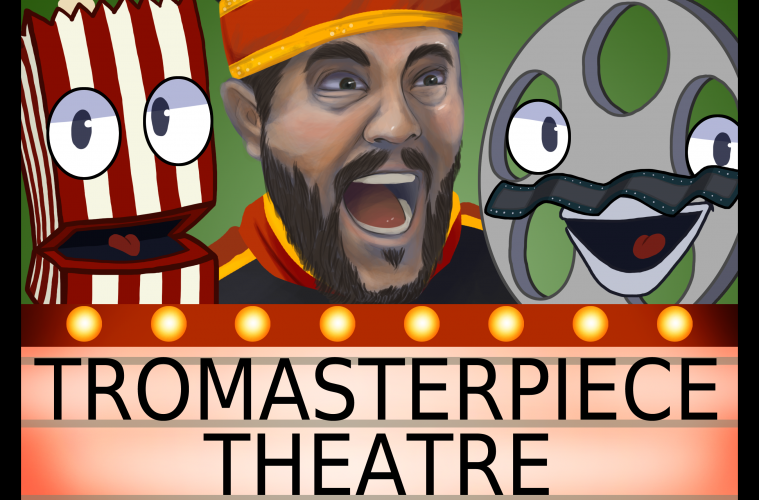 The Horrific Life of Addison Binek

Addison Binek lives among the rotting flesh and throbbing gristle of the ages. He is surrounded by blood and gore, severed body parts, guts, entrails, viscera and the disturbed, often possessed, creatures responsible for such things. And, that is just the way Addison likes it.

Addison’s living quarters are well kempt. He keeps a tidy apartment with kitchen just right for morning coffee and Danish. The ends of his cutting knives capture sunlight through a window that overlooks a courtyard (sometimes filled with passer byes who go about their business unaware of the little horrors that take place inside) reflecting diamonds of glittering death across Addison’s poster filled walls.

Addison keeps collectables neatly displayed for all to see. His horror figurines, bobble heads, and exploitation paraphernalia are each in its proper place. Shelves line the walls of Addison’s living room holding hundreds of Horror movies in both DVD and VHS formats; many in the original cellophane. And, Addison has stories behind each film, each B movie starlet, and knows the origin of each vintage or rare unit. 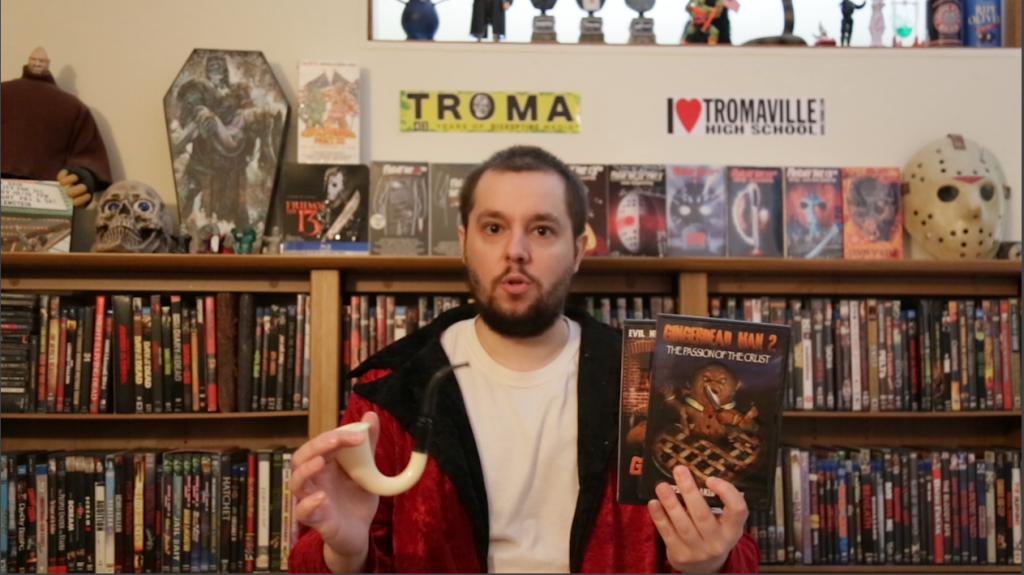 At Home with Addison Binek

When Addison was just a boy his father introduced classic Universal monster movies to him. From there, Addison burned through all of the Friday the 13th, Halloween, Texas Chainsaw Massacre, and Nightmare on Elm Street franchises. Young Addison then moved to directors; John Carpenter, George Romero, and so on, until he was pretty well versed in the dark side of cinema. 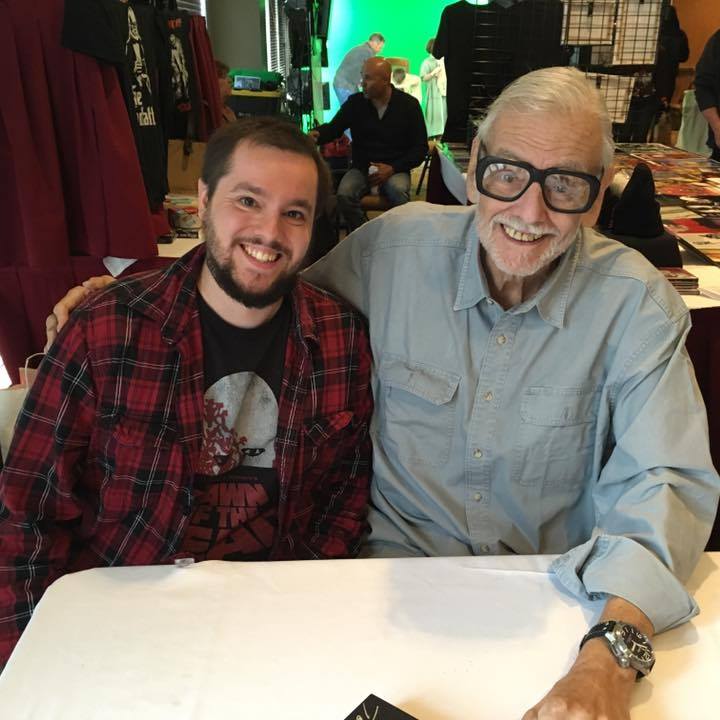 Now, in his living room, Addison has centered a one and a half seat lounge chair facing a wide-screen television set. A comparison to the Captain’s chair on the bridge of the Enterprise could be made if one were so inclined. It is from here that Addison, morning, afternoon, or night, sometimes with guests, often alone, delves deep into the obscure oddities of his B movie horror and exploitation canon.

Troma movies is where he’s at.

Addison had spent years consuming them all. And, then, in his mid twenties, Addison decided it was time to make a decision. Either he was going to go further down the rabbit hole, which, for a while, he did, exploring self released titles like Antfarm Dickhole (2011) and Santa Claus Serial Rapist (2016), and risk becoming the little psycho next door, or he was going to use his knowledge for good.

Alas, Movies to Watch On A Rainy Afternoon (JABproducts).

For 99 episodes Addison has been sharing his critique of cinematic schlock in a format that best resembles Siskel & Ebert At the Movies meets Mystery Science Theatre. Each show finds our host filling us in on cult classics like Attack of the Killer Tomatoes, Blackenstein, and In the Land of the Cannibals, while also hipping audiences to the newest of the new: Gingerdead Man 3, B.C. Butcher , and Hectic Knife.

Currently,  Addison is set to launch his 100th episode.

But, that’s not all. 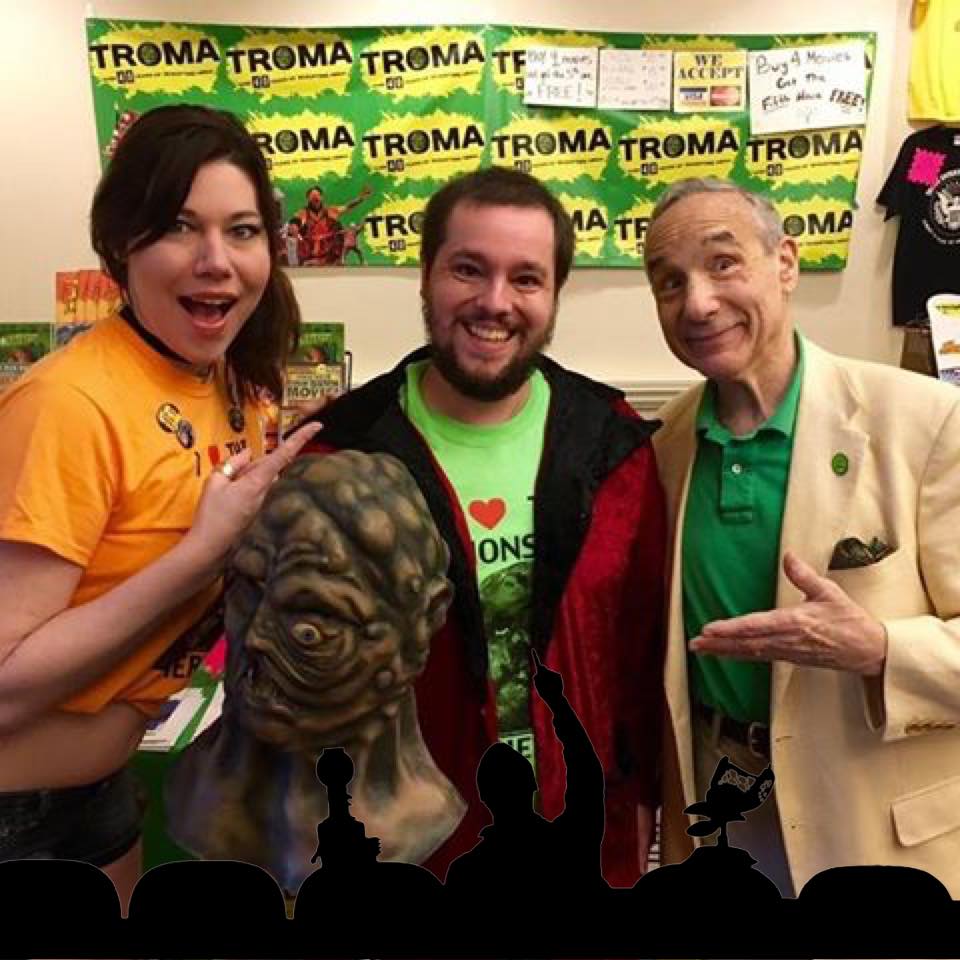 Addison has also been working closely with Troma founder and horror legend Lloyd Kaufman to introduce fans to the sometimes disgusting, sometimes humorous, often entertaining genre of Troma titles. Through Movies to Watch On A Rainy Afternoon Addison has poked fun at a number of selections with the full support of the man who brought us The Toxic Avenger, The Class of Nuke Em High, and Tromeo & Juliet. The relationship inspired Addison to move into long format video with the launch of Tromasterpiece Theatre; a satire on Mystery Science Theatre with Addison and friends (Corny and Reely) goofing on Troma films. In fact, the inaugural production features Lloyd Kaufman’s directorial debut The Battle of Love’s Return (1971)The Battle of Love’s Return (1971)

Addison produces his Rainy Afternoon series in-house with friends on a micro budget. Each episode takes approximately 3 days from concept to screen. On youtube Addison has earned a solid core of subscribers and his show has earned over 2.5 million views. And, then there is the endless array of B movie starlets that Addison must contend with.

When he is not in production or taking meetings in swank downtown locations Addison is usually found promoting his wares at Cons across the nation. This month Addison is at the HorrorHound Weekend in Cincinnati working alongside Kaufman at the official Troma booth.

So, keep your eye out for Addison Binek.

He is certainly one to watch.