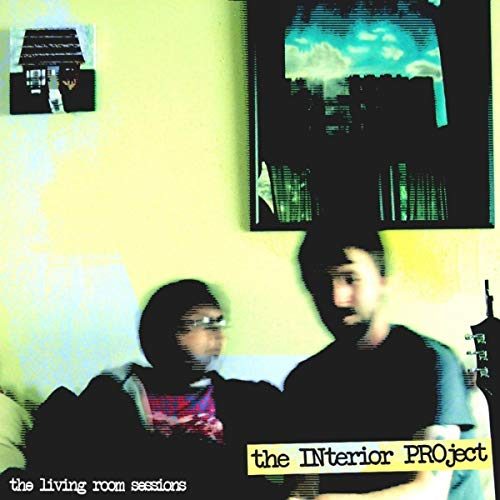 According to the liner notes, the living room sessions were recorded at singer/songwriter Jamiel Dado’s house, with the rest of the loosely formed INterior Project. “It was decided to record in the front room and not the basement”, but the collection of eight tracks may well have been recorded in the warm amber glow of a great stone hearth, from a cabin somewhere, in high North Country, resting just beneath the infinite black.

Step outside into fresh fallen snow and look up. See that grouping of eight twinkling stars – yeah, right there – that one’s called What could you do, and it’s surface is layered with strings, echoes, soft electro-beats, hidden static and fuzz. I’m told sirens live there drawing space travelers to their doom.

Right beside sits There’s a note. Explorers once found it easily accessible but after further survey they discovered there is only one landing zone. Time ebbs and flows, winds shift, and though people have reported a bit of euphoria it has quickly been met with a feeling of misplaced faux pas.

Happy seems the smallest of the cluster but that is only because it is the furthest away. Scientists are certain many answers are waiting to be revealed there; emotional clues to the formation of the tiny system.

Looks like our guests have arrived and are in the mood for a foam party. Suds are rising in the cedar hot tub. Want to join them; Either Way is fine with me – there’s dancing, cocktails and some very interesting conversation about expectation.

How Long before we leave this affair and spend some time alone? In our room there’s a good bottle of port and we can pull the bear furs up around us. Hear that? Is Jamiel playing accordion? Anyway, it’s a shame our ship leaves for earth tomorrow. . . –AB