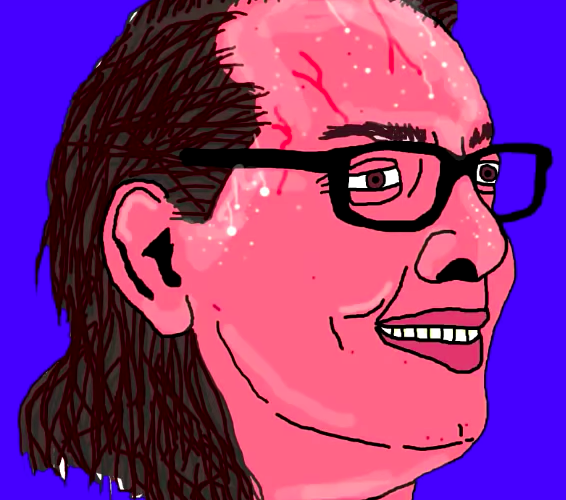 The Intolerant Left | Notes From A Card Carrying Liberal

Winter is coming. I’m stockpiling food, arrows and light sabers. I’m not real good at Sci Fi references. The point is, I’m preparing for the onslaught I know is coming when I finally say what needs to be said. <Deep breaths> Steady, OK here goes – “the Far Left has an insufferable intolerance problem.” It’s fight or flight and though I wanna flee, I’m staying and fighting. You heard me right, I want to talk about the Intolerant Left.

Before, the Righties out there throw their MAGA hats in the air and rejoice, know that I am a card-carrying Liberal. Or I would be if we were organized to have cards. Joining things isn’t really what we’re into. I’m a hard-core liberal of the Old School. I embrace civil rights. There isn’t a bond millage for schools or public transportation that I don’t love. I embrace universal health care and eschew “Trickle Down Voodoo Economics.” I don’t care what bathroom folks who identify with the opposite gender use. Though I think it’s weird that a guy can wrestle a girl in high school and be declared a female wrestling champion. Some of this stuff is sticky but I’m getting off track. The point is I’m a liberal in good standing with almost all Liberaldom, with the exception of the extreme left. For many of them you can’t be liberal enough.

We all have our ideas of what it means to be a Liberal. To MAGA man it probably means socialized pre-sex abortions and Obama phones for trans gender cats. To me it means to be open; Open to ideas, opinions, behaviors and to be willing to discard traditional values. Not so coincidentally that’s also Merriman’s definition of “liberal.”

To be a liberal you must be open to other people’s thoughts and values. It doesn’t mean we have to agree with them but we on some level have to be able to understand and empathize with them. Of course there are limits to which this can go. I will shut down a Nazi before he gets his first “Heil” out of his gingivitis infested mouth. The point is, we should listen and be open to new ideas. Another main component of what I believe it means to be a liberal is that we care about everyone. We care about all the people in the country (and, to a slightly lesser degree, the world). We care about their well-being, their health and their happiness. 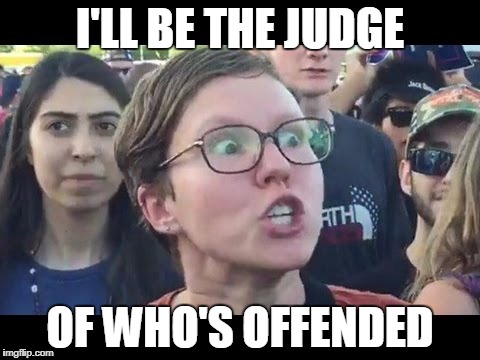 I spend a lot of time – too much time – on the internets, posting, discussing, debating, politics. It’s my political outlet. When you see me in person I’m more apt to have a beer or coffee with you and talk about football (or the guy at the next table using a sugar packet to clean his teeth. WTF is wrong with some people?).

So, I use FB to get my Political Jones fix. I have debated at this point literally thousands of times, mostly with conservatives, and have held the same number of conversations with similarly minded liberals. Now, anymore, there’s virtually no point in debating a Trump era conservative. They literally aren’t in the same fact based universe as the rest of the world and no amount of proof will breakthrough the mental wall Trump built. To say they’re obstinate is vastly understating it but more than that, many are just mean. Rarely does a conversation go more than two or three sentences without the usual line of insults: Libtard, snowflake, triggered, etc. It’s as if 20% of America grew up to be 15-year-old soft headed bullies.

I post to reach disaffected Republicans, independents and Democrats. I frequently disagree with folks from each group and rarely do I feel disrespected or attacked except when I tip toe into the land of the Far Left, the land of the Frankenliberals. When you do, and you disagree in any form, be prepared for an onslaught as waves of Orcs and Jaba the Huts attack as if you threatened the Holy Shrine of Our Saviour  Bernie Sanders. With no exaggeration, the insults and attacks I’ve experienced have been every bit as vicious as those from Maga Man and his band of mean-spirited nitwits.

The two areas in which you are not allowed to dissent in any way shape or form are gender politics and racial politics. These are the High Holiest of Holies for the extreme left. Now, understand, and I tried to make this clear in the beginning, that I believe in and support 100% in each of these issues, but that does not mean I agree completely with the extent to which the far left deals with these issues, and that’s where the far left becomes intolerant. The Far left is militant and tends to find racism or sexism everywhere and in everything and to disagree in any way is a mortal sin.

Not too long ago a FB friend (from the Far Left) posted a meme that called out all males to repost the meme to prove we condemn sexual assault. I loathe these types of memes. No one is going to prompt me to do anything by means of cyber pressure and or cyber bullying so I said as much in the comments on the post. I carefully laid out my objection to the post. The response I received shocked me. Now mind you, I didn’t object to the spirit of the meme, but the implication that if I didn’t share it, then I’m somehow complicit in perpetuating sexual assault. I was attacked, insulted, belittled and called names. No amount of explaining changed their attitudes. They acted as if I was pro-sexual assault. No matter how many times I told them “I’m on your side of this issue” the attacks continued. 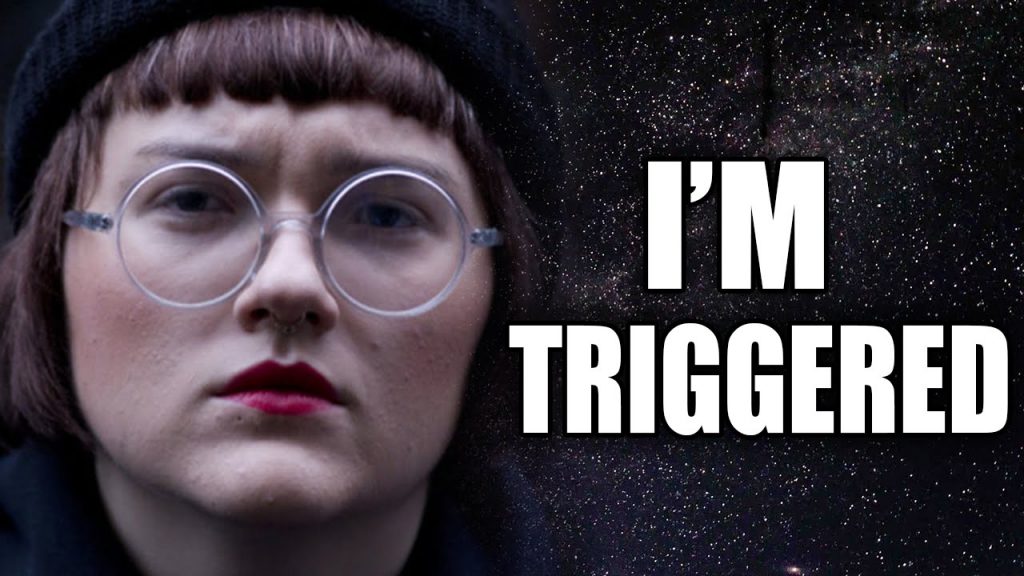 The Far Left is also killing comedy (or at least a form of comedy). It’s been widely reported that many comedians are choosing to avoid college campuses, the so-called bastion of Liberal thinking, because the Far Left has taken political correctness to the extreme.

Racial issues are still a huge problem in this country. It’s a serious issue and we still have a long way to go to solve them. Comedy has always been a way to tackle the serious issue of race. Comedy is based in the absurd, in the uncomfortable, so when we’re taken down a path and forced to face the absurdity of racism, while laughing with the comedian, we’ve torn another brick from the wall of bigotry. Comedians such as Richard Pryor, Eddie Murphy and Don Nickles confronted racism head on and made us laugh while doing it. They laughed at themselves and at others and forced us to look at ourselves in the way they do. In the political climate today, I don’t think they’d be nearly as successful.

Dave Chappelle’s show was masterful at confronting race. I laughed my ass off as Chappelle played Clayton Bigsby, a black white racist. I wonder how many Frankenliberals laughed? In Far Left land, racial jokes are out. We’re not allowed to laugh at the absurdity of race, and, therefore, of man.

The Intolerance of the Far Left has a purpose. As with every movement, it’s the extremists who push us to confront the wrongs of society, or in the case of the far right, we’re forced to acknowledge the darkest parts of our society. But they can have a damaging effect as well. Just as there were millions of “Never Hillary”’s on the right, there were many, many on the left. Many jilted by the loss of Sanders who didn’t vote at all, or voted for the Green party candidate Jill Stein. The votes cast for Stein, if moved to Hillary’s column, would’ve prevented a dotterring, angry dotard from occupying the White House.

The Far Left is occupied primarily by the Millennial Generation. There are others but it’s mostly them. They are young but that’s not why I say the Far Left often acts like an immature child. I say that because they don’t know when it’s good and right to compromise. When it’s time to bend for the greater good. When it’s time to laugh at a crude joke that made a point. I’m not saying give up your principles. What I’m saying is, understand there are other ways to do things; Other ways to get where you want to go; Other ways to think. I’m saying, be more open-minded. Look at the world through everyone’s eyes, not just the social justice glasses you’re wearing. I agree with so much of your ideals, but not all of them, and that’s OK. That’s what being an adult is all about. That’s what being a liberal is all about.

So with that, let me leave you with a joke: A Jewish Rabbi, a Black Baptist Minister and an Irish Catholic Priest walk into a bar …

Shayne Daley is an ex military MP who has read too much Hemingway and is a proud supporter of the Democratic Party. He eats, drinks, writes, and likes to go fishing.