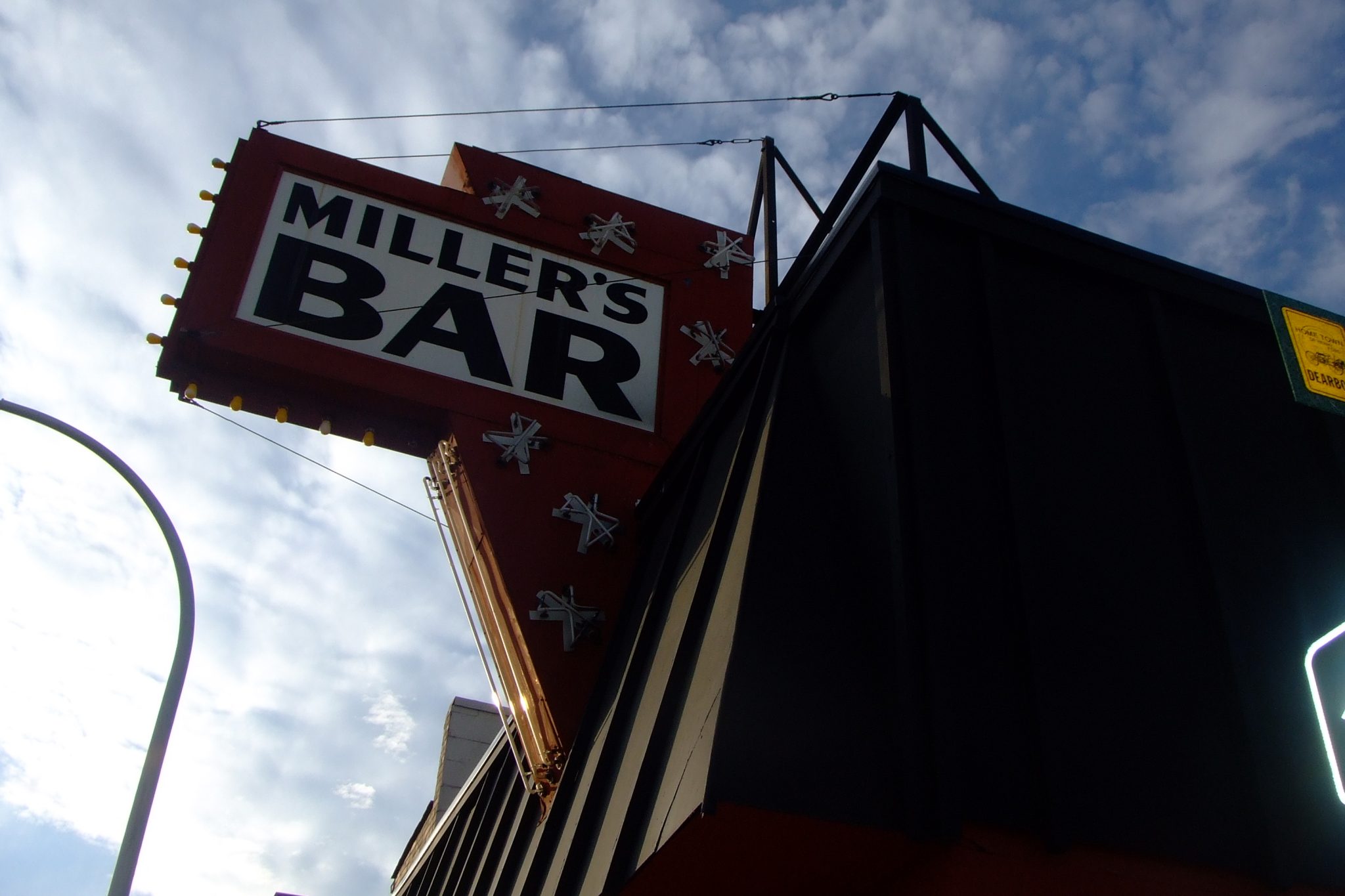 About a year ago, around the holidays, I drank with some friends in Ye Olde Saloon, Royal Oak, and witnessed a conversation about the areas best burgers get ugly real quick. One party believed Red Coat Tavern was tops while the other cited Miller’s Bar.

“Apples and oranges” said a young woman. “One is a gourmet burger the other’s a bar burger.”

“No, they aren’t,” came a reply from the opposite end of the U bar. “A burger is a burger.”

“What about sliders?” an onlooker shouted.

Ignoring the question party ‘A’ said, “I’ve been working in the food and beverage industry for years and . . .”

Party ‘A’ rose from her side of the bar, which is actually a squared off rectangle rather than a U, and moved to confront the chef.

I said something that diffused the situation and sent a drink to both corners.

Burgers are big business but they’re more than that. Sometimes, nothing can satisfy like a great hamburger, and if it happens to come from your neighborhood bar then it can get very personal.

As far as I was concerned, any shot and beer joint that created this kind of row deserved to be visited. I made a decision then and there to take a ride to Dearborn to see for myself what all the fuss was about.

Miller’s is a no nonsense corner bar with, according to GQ magazine, one of the top 20 best burgers across America. While mine was big and filling it didn’t seem to have enough flavor to be considered one of the nation’s best. The same, unfortunately, must be said of the fries, which on this visit were quite average. Certainly, the experience did not warrant a top 500 chef insulting a woman’s choice of makeup.

I guess you’ll just have to go see for yourself.