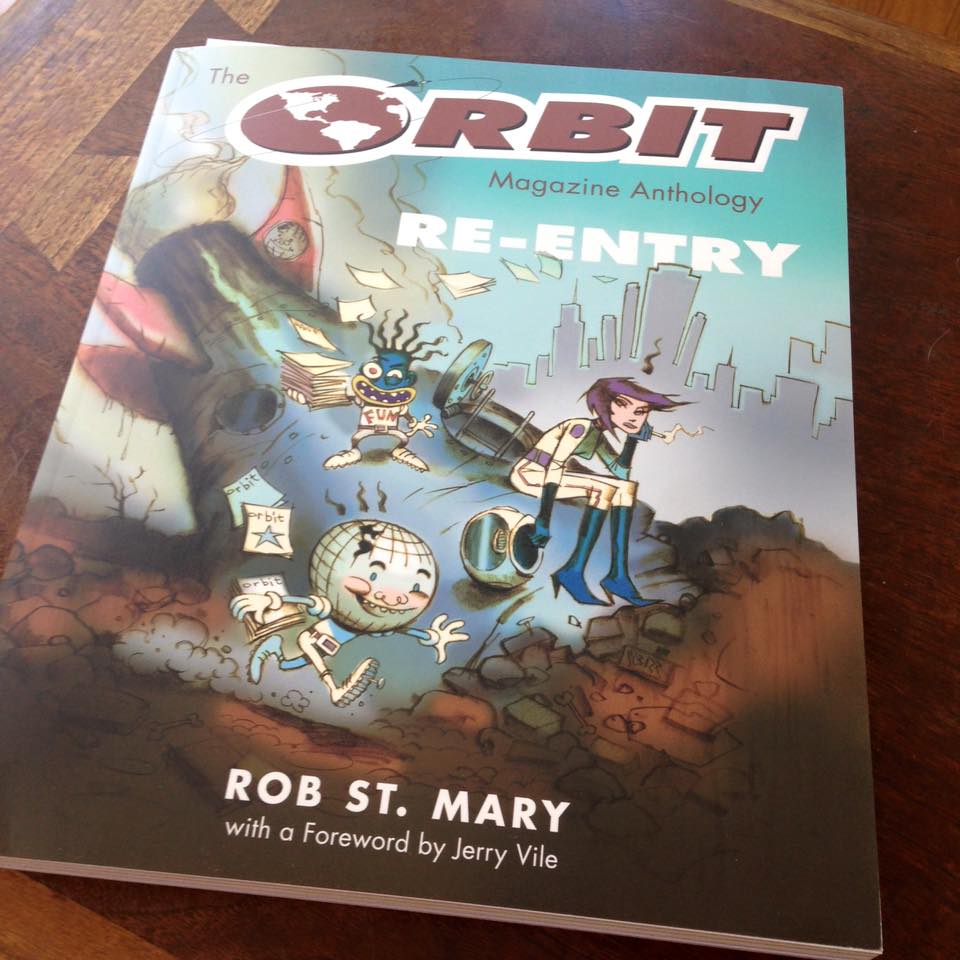 Before Hipsters There Were Scenesters

Born and raised in the northwest suburbs of Detroit, Rob St. Mary is a reporter and producer by trade, working in commercial and public radio newsrooms in Detroit, and elsewhere. The Orbit Magazine Anthology is Mr. St. Mary’s first book.

With its mischievous globe-headed mascot that appeared in every issue of publisher, Jerry Peterson’s – a.k.a. Jerry Vile  – Orbit Magazine, the irreverent publication was considered the arbiter of 1990’s culture in Detroit.

In the Orbit Magazine Anthology: Re-Entry, author Rob St. Mary examines not only the history of Orbit, but the two earlier publications by Jerry Peterson – White Noise and Fun – that gave us the “Orby” avatar that eventually made its way to director, Quentin Tarantino’s T-shirt in Pulp Fiction.

Beautifully designed and executed, The Orbit Magazine Anthology reveals classic articles, bits of Peterson’s sardonic wit, and offers a history of spreads like includes Destroy All Monsters, the Gories, ICP, Jack White, Kid Rock, and Derrick May. Our own editor, Anthony Brancaleone was featured in Orbit on more than one occasion (but, wasn’t big enough to make the cut in Re-Entry).

Orbit: Re-Entry is an artful, comic, and thoughtful testament to the staff of photographers, writers, editors, publishers, and lowly interns that worked tirelessly to capture, as well as influence, the Detroit scene in the 90s.

London | Portrait Of A Restaurant In Lockdown

Carry-Out | Things to Eat Safely At Home During Pandemic

Manic Quarantine Wish: I Want To Walk With You