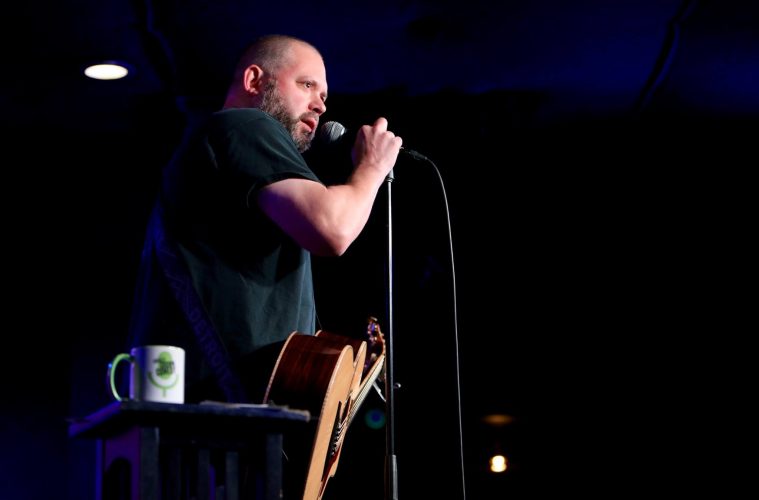 For most of us, celebrating a birthday means a card or two in the mail, a slice of cake, a free car wash (if they still do that sort of thing), and an evening with good friends.

J. Chris Newberg will be celebrating his birthday on March 8 at O’Mara’s in Berkley. He’ll be among many good friends and a cake will be duly delivered at some point in the evening. No confirmation yet about the cards or whether his wheels will be waxed.

But the festivities at O’Mara’s that evening will also feature something very special for the clientele. The Birthday Boy will be on stage telling jokes and celebrating the upward slope of his career with the release of a new comedy CD entitled Live and Let Dye.

J. Chris Newberg is a very funny guy, folks. And if his curriculum vitae is unknown to you, here’s the crisp Jack Webb version: Born in Birmingham. A proud grad of Brother Rice High School. Comedy skills honed early with stand-up gigs at a great many local venues (including the still fondly remembered Club Bart in Ferndale). His subsequent move to the west coast has seen him appear on America’s Got Talent, Comedy Central, The Tonight Show, and other major showcases. There’s also that significant contribution he made to a modern cinema classic entitled The 41-Year-Old Virgin Who Knocked Up Sarah Marshall and Felt Superbad About It.

And he took the time to answer a few questions. 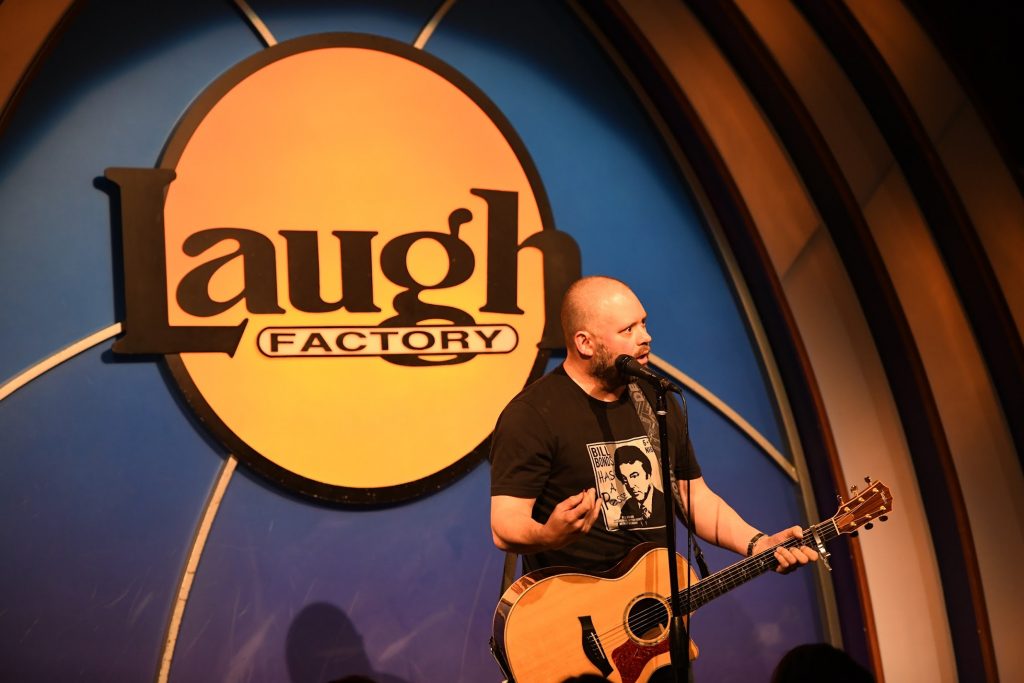 1) The inevitable question most people ask a professional comedian: Why? When did all this become the defining purpose of your life?

Short Answer: 1996.
Long Answer:  I was in a band and one night in the summer of 1996 we were performing at a biker bar in Wyandotte, Michigan. Both guitar players broke strings at the same time and neither had back ups. We couldn’t stop. I was playing bass and singing at the time, so I had to do crowd work. These dudes were drunk and they wanted women, so they were talky. I was able to go back and forth and get a bunch of laughs. It was an incredible high. Also, I was … well, I was incredibly high.  I stayed with the band three more years and then began studying comedy. I’ve  been a student of it ever since.
2) Detroit and LA – two cities in the same country, but seldom described in similar terms. Is Los Angeles more conducive to comedy? And was moving there a mind-altering and paradigm shifting experience?
Short Answer: Yes.
Longer answer:  Anyone who knows even the smallest bit about me knows how much love I have for Detroit and the metro Detroit area.  It was the greatest place to grow up. I learned how to work hard, not complain and get it done! It taught me to love work. LA is tough because there are sooooo many entertainers. Everyone wants to work, but there are only so many TV shows, movies, and comedy clubs. There are three legit clubs in LA at present and a thousand comics are standing outside them screaming for a chance. It’s way more competitive than I originally thought it would be, but I’ve managed to hang with some greats for over a decade now and that’s all because of what I learned in Michigan. It does help also that I am funny as (rhymes with luck).
3) You’re not afraid to make pointed and often biting observations about a great many things going on in this country right now.  What makes you genuinely angry these days?
My girlfriend has more clothes than we have hangers (or closet space) and she insists on everything being hung up. She always wants me to take clothes out of the dryer and it takes forever to try and find space for her shirts, jeans, etc. You would think maybe she would get rid of clothes she wore 20 years ago. Nope. Why would she. It still fits.
But seriously?  I  can’t stand it when people turn a national tragedy into something about THEM. For example:
“I stand with Parkland. It hits way too close to home.”
“Are you from Florida?”
“No.”
“Family there?”
“No, but I was in Florida for spring break in 92. I’m going to check in safe on Facebook.”
“Wow. That is close!”
4)The New York Times published an article three months ago about professional comedy going thru cycles of boom and bust. In your opinion, where are we now?
Comedy sucks right now. Most people would rather be outraged or offended than just laugh.  It’s why animal videos are so huge. Cute kittens can’t say anything controversial.  They are no longer just jokes; they are senseless words of war. And yes, it’s also kind of exciting. As a comic, it’s my job to express myself and offer my insight and my observations in a room full of people waiting to YELP my insensitivity.  My motto has always been, “These are jokes. Relax. Just because you’re offended doesn’t mean you’re right.” I stand by that. I am on the treadmill right now, so naturally I walk by it as well.
5) If you could share the stage for one hour with any comedy figure from the past, who would it be?
Rodney Dangerfield.  Best there ever was.
6) If nothing else, is Donald Trump a godsend for professional comedians these days?
Trump is heroin! Every comic is addicted to this clown. It’s too easy. Literally every show on late night is obsessed with him. It’s not like he’s interesting. I think at this point all of the Trump jokes that have been written or will be written seem repetitive. Everyone does his voice, talks about his hair, Russians, fake news, etc. He’s an idiot. I didn’t vote for him or watch stuff about him. And he will probably win again.
7) What do you love most about performing at O’Mara’s?
Todd Starks. A wonderful gentleman and we go way back.
8) You will have a special guest sharing the stage with you on March 8. Tell us about him.
Eric Fadie from The Detroit Cast! A very funny guy. They always have me on the show when I’m in town, so I thought I’d return the favor. He’s talented and I am really looking forward to it.