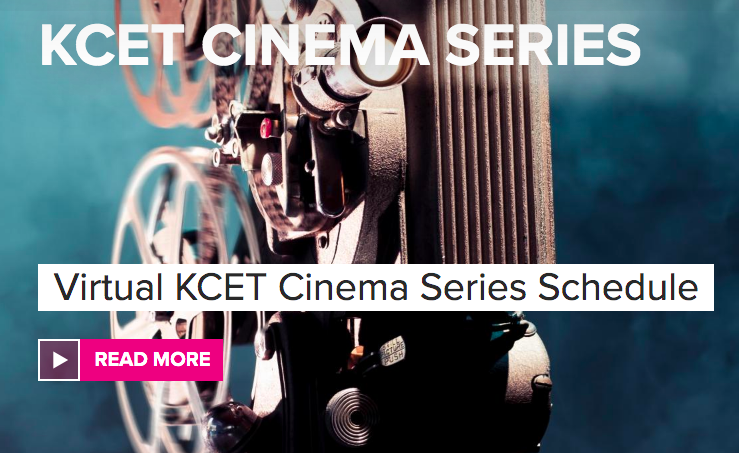 Followed by Q&As With Filmmakers and Top Hollywood Talent

Southern California’s flagship PBS station and home for award-winning public media programming, announced details for a star-studded lineup of films and panel discussions set to screen over the next few weeks as part of the Virtual KCET Cinema Series (VKCS), with a lineup of A-List Hollywood talent participating from upcoming Awards season contending films that include “Hillbilly Elegy” and “Wild Mountain Time.”

As regional filmmakers and actors adapt to an uncertain future due to the current pandemic, the new virtual format allows prominent filmmakers and talent from across the globe to participate, as well as makes possible for movie fans anywhere to have the opportunity to participate in exclusive screenings of new motion pictures prior to their public theatrical or streaming release dates.

The new format of the KCET Cinema Series has provided an easy-to-use alternative for KCET Cinema Series Members as well as many new attendees who are interested in learning the craft of film. Hammond takes attendees behind the scenes of this year’s biggest movies and most anticipated independent and studio films, as well as gives them intimate access to conversations with some of Hollywood’s biggest stars and upcoming independent filmmakers, all while keeping everyone safe in the comfort of their own living rooms.

Based on J.D. Vance’s New York Times Bestseller, directed by Academy Award winner Ron Howard and produced by Academy Award winner Brian Grazer, HILLBILLY ELEGY is a powerful personal memoir that offers a window into one family’s personal journey of survival and triumph. By following three colorful generations through their unique struggles, J.D.’s family story explores the highs and lows that define his family’s experience.

A romantic story set against the sweeping backdrop of Ireland, starring Emily Blunt and Jamie Dornan as the star-crossed lovers who get caught up in their families’ dispute, with supporting roles by John Hamm and Christopher Walken.  From writer-director John Patrick Shanley, the Oscar-winning writer of MOONSTRUCK, and based on his hit Broadway play Outside Mullingar, which received a 2014 Tony Award nomination for Best Play.  Q&A immediately following screening with Emily Blunt, Jamie Dornan, Jon Hamm, Christopher Walken, Dearbhla Molloy, and writer/director John Patrick Shanley.

The KCET Cinema Series is celebrating its 26th anniversary in 2020. In a normal year, the series alternates between the Aero Theatre in Santa Monica and the ArcLight Theatre in Sherman Oaks for in-person weekly screenings. The series hopes to return to quarterly film seasons next spring pending the safety of the theaters and the status of the current pandemic.

The KCET Cinema Series has a stellar reputation within the entertainment industry as evidenced by the schedule of films and talent from last awards season that included “Ford v Ferrari” with director James Mangold; “Marriage Story” with Laura Dern, writer/director Noah Baumbach, and producer David Heyman; “A Beautiful Day in the Neighborhood” with actor Susan Kelechi Watson and production designer Jade Healy; “Bombshell” with director Jay Roach; “1917” with cinematographer Roger Deakins and composer Thomas Newman; “The Farewell” with writer/director Lulu Wang.