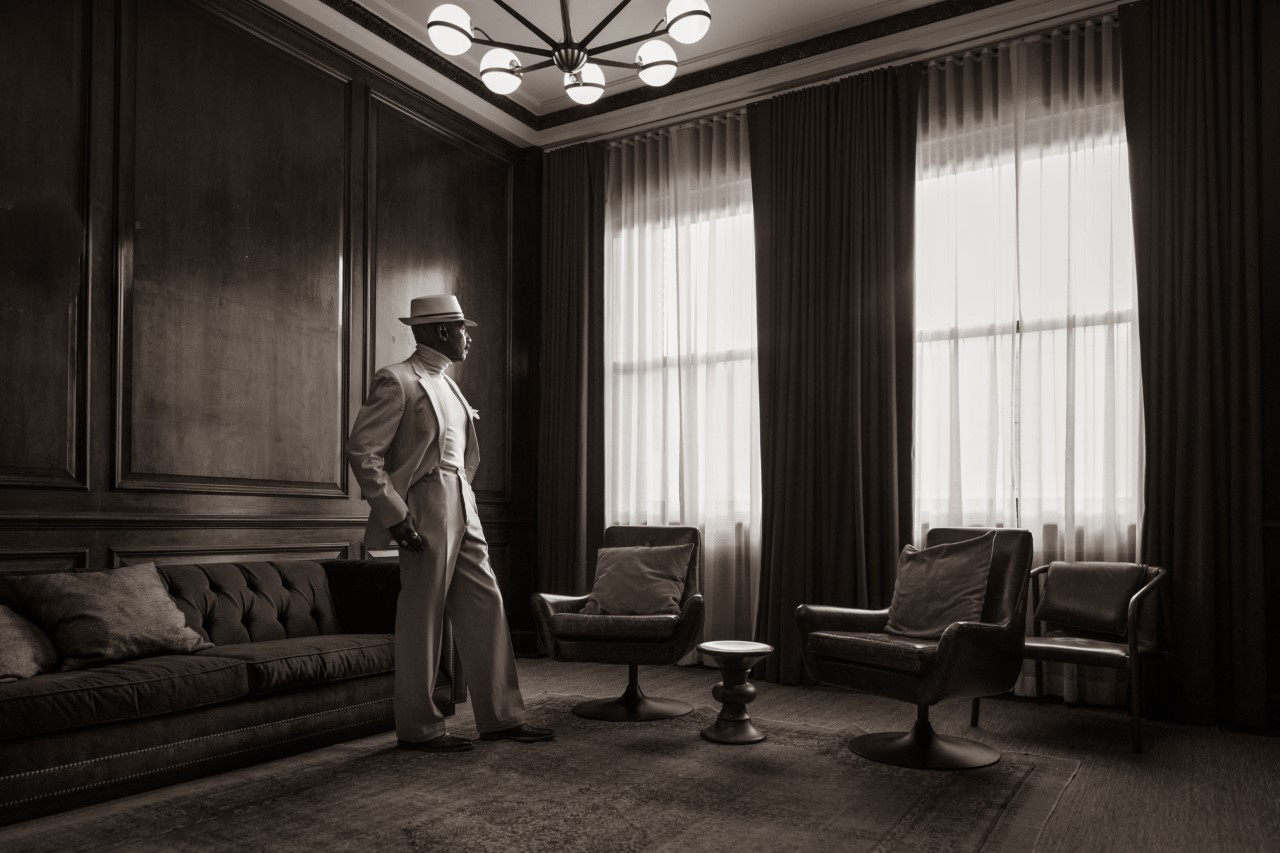 What Detroit Fire Taught Me About Leadership

For decades, it’s been argued whether great leaders are born or if leadership skills can be developed.  My experience within the Detroit Fire Department taught me that both can be true.

When I started as a firefighter in August of 1977, Melvin Jefferson had just been appointed as Commissioner by the Mayor 3 years prior.  While Melvin Jefferson had previously served on the Board of Fire Commissioners, he had no prior Fire Service experience.  However, evidence of his strong and influential leadership could be seen more than ever when he passed away in 2020 as hundreds of fire-fighters came out to support him.

Did Melvin Jefferson possess innate leadership abilities or were they learned?

In 1946 Jefferson founded Superior Beauty and Barber Supply which grew to the largest ethnic retail business in the United States.  I still remember the Seven Mile location where many flocked for ethnic merchandise esoteric to the community.  Running a commercial business for over 40 years Melvin Jefferson learned how to interface with people from all backgrounds; how to be gracious and polite when others were not so polite.  He learned how to build a team of over 50 and to delegate responsibilities.  You might say he learned how to ‘ACE’ it.

ACE is an acronym that stands for authenticity, clarity and empathy.  In my opinion these are the benchmarks of a true leader.  Because I was stationed at Engine 1 which ran out of Fire headquarters at 250 W. Larned, I had frequent interaction with Commissioner Jefferson as his office was located on the third floor.   He’d occasionally toss me the keys to his car and ask me to park it on the apparatus floor if he was rushing to a meeting; always with a kind smile and a few words of encouragement.  I knew him to be true to his own personality; a man who held to his values regardless of the pressure to act otherwise.  He graciously accepted responsibility for mistakes, he never attempted to shift the blame or darken the light of others.

Commissioner Jefferson’s authenticity inspired loyalty and engagement and his integrity and morals were seldom questioned.   Most of the firefighters were drawn to him because he exuded trustworthiness and confidence.  His down to earth genuiness inspired you and made you feel safe to share and open up to him.  The Commissioner was clear about his purpose; he understood the roadblocks and the obstacles.   For example, during that period there were serious complaints about the hiring process and promotion in leadership positions within the department.  When he was appointed there was only one minority personnel beyond the rank of fire fighter and less than three percent of the total ranks was minority.  There were also no women.  Commissioner Jefferson was clear about what was needed.  Because of his clarity he was able to communicate his vision and gain the support of others to make his vision a reality. When he left the department in 1994, over fifty two percent of the total ranks were minority and hiring practices were changed to include Blacks, Hispanics and women in the recruitment process.  Commissioner Jefferson was the longest serving Fire Commissioner in the history of Detroit. 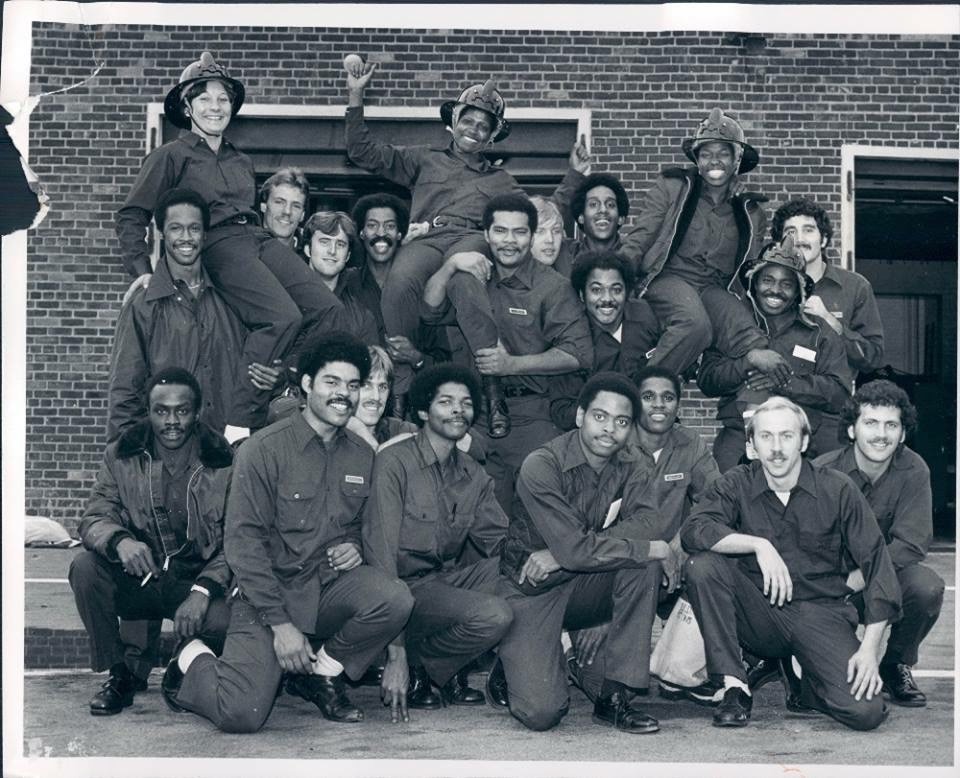 Graduation Class from the Detroit Fire Academy / August 8, 1977 First time women were hired as Firefighters in Detroit. Charles Poole: almost center holding up the female with the Afro haircut and the big mustache.

My years of working under Commissioner Jefferson and observing his leadership taught me that in order to effectively lead a team, you must first establish leadership with each team member.  It also taught me that effective team leaders cultivate relationships based on trust, loyalty and shared power, not fear or positional power.  Above all the team leader must demonstrate that he or she is there to “serve,” not to be served by others.  When this type of leadership is in the forefront all team members feel confident and aware of what they bring, thereby all will focus on giving their best.

Unfortunately, I didn’t always experience that type of leadership within the Detroit Fire department.  Twice I reached out for positions within the department and after serving a probationary period for both I wasn’t approved to serve in either position.  Looking back now I realize it was due to the leadership.  The team leader can’t be a know-it-all or try to instill fear or positional power.  In spite of the leaders in those positions for which I reached out to serve having witnessed Melvin Jefferson and many other successful leaders within the department they didn’t follow his fine example.  Rather they became intoxicated with their positional power, often using intimidation and fear to rule over their teams.  The atmosphere in both the other Divisions was full of tension, distrust and a lack of morale. However, what happened next would forever change my personal trajectory and usher me into a period of personal growth and tremendous leadership.

The then assistant Fire Marshal Rayo Baker empathetically approached me (knowing of the situation) with a plan to increase the Division’s involvement in the State of Michigan’s Fire Inspectors Certification program.  Baker had noticed my work ethic and was aware of my credentials as a trainer.  Therefore, he used a powerful team building and leadership strategy; shared power.  He created a new position as Training Officer within the Fire Marshal Division and asked if I would serve as a conduit to increase the ranks of State Certified Fire Inspectors within the Division.  It was almost as if a hand was reaching out to me, pulling me up and out of disappointment and rejection.  My perspective was immediately changed and I was infused with renewed energy to accomplish his vision.  Assistant Fire Marshal Baker would become a tremendous support to me in the following years by facilitating State Fire Inspector events in Detroit and empowering me to develop and implement a curriculum that would eventually increase State Certification among our Inspectors from 1 percent to 45 percent during my tenure.

Rayo Baker was a natural born leader.  He was certainly authentic; his jocular manner absorbed the entire team in a relaxed upbeat spirit from which a strong atmosphere of solidarity grew.  Baker was clear about the needs of the Detroit Fire Marshal Division at a time when Detroit lagged behind in education, training and certification.  He demonstrated tremendous empathy to me and the rest of team gaining our trust and loyalty and willingness to give our best.  I will be forever grateful for his leadership, grace and kindness at a time when I needed it the most.  I feel fortunate to have been in the company of so many men and women within the Detroit Fire department with exceptional leadership abilities.   Robin Hutchins-Eagan my contemporary as an Inspector went on to be the first female to be appointed Fire Marshal of the City of Detroit.

I’m still leading and serving the community although in a different capacity today.  However, I owe much to the fine leadership within the Detroit Fire Department from which I learned a great deal.  My experiences taught me that at the end of the day, it’s not about me at all.  True leaders look to be of service, not to be served.  And in doing so we move our communities forward.