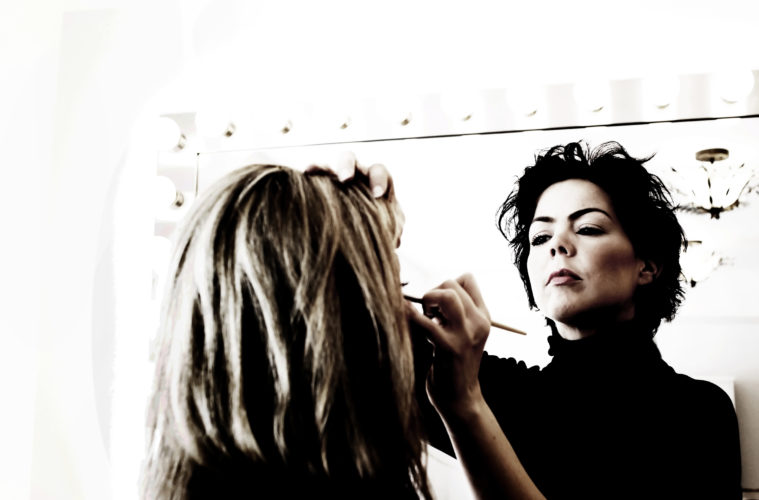 Who What Wear | Make Up Artist Barbara Deyo

Growing up in Madison Heights, Ms.Deyo stepped into the world of makeup by working various beauty counters at Oakland Mall during her high school summer breaks. Soon, Deyo landed a job with Clinique (Detroit), where she excelled for the next three years. Her talents then led to Los Angeles, working for MAC Cosmetics, and then Clinique once again, but this time as a trainer.

After years of success in LA, Barbara decided it was time to move back home to pursue her own studio. She launched Bold Face Makeup Studio, and then followed as co-owner of Touch Spa, both located in Birmingham, MI. Deyo currently owns and operates Deyo For Face and Body, where for six years Barbara has applied makeup, worked wonders with brows and, most recently, has offered clients air brush tanning and eye lash extensions.

Sir Paul McCartney hired Deyo to apply makeup for his 2011 Detroit performance at Comerica Park. “Receiving the phone call from his London representative was surreal,” Barbara said. “Being invited to watch his sound check was even more so. It was like my own private concert!”

“I’m not a fan of drugstore foundation, mostly because you are unable to test them. Invest in having a professional match the foundation color to your skin. Don’t get me wrong; there are some great products at drugstores where you can save. My favorite mascara of all time is the original L’Oreal Voluminous.”

Barbara is renowned for her event/special occasion makeup and brow shaping expertise.