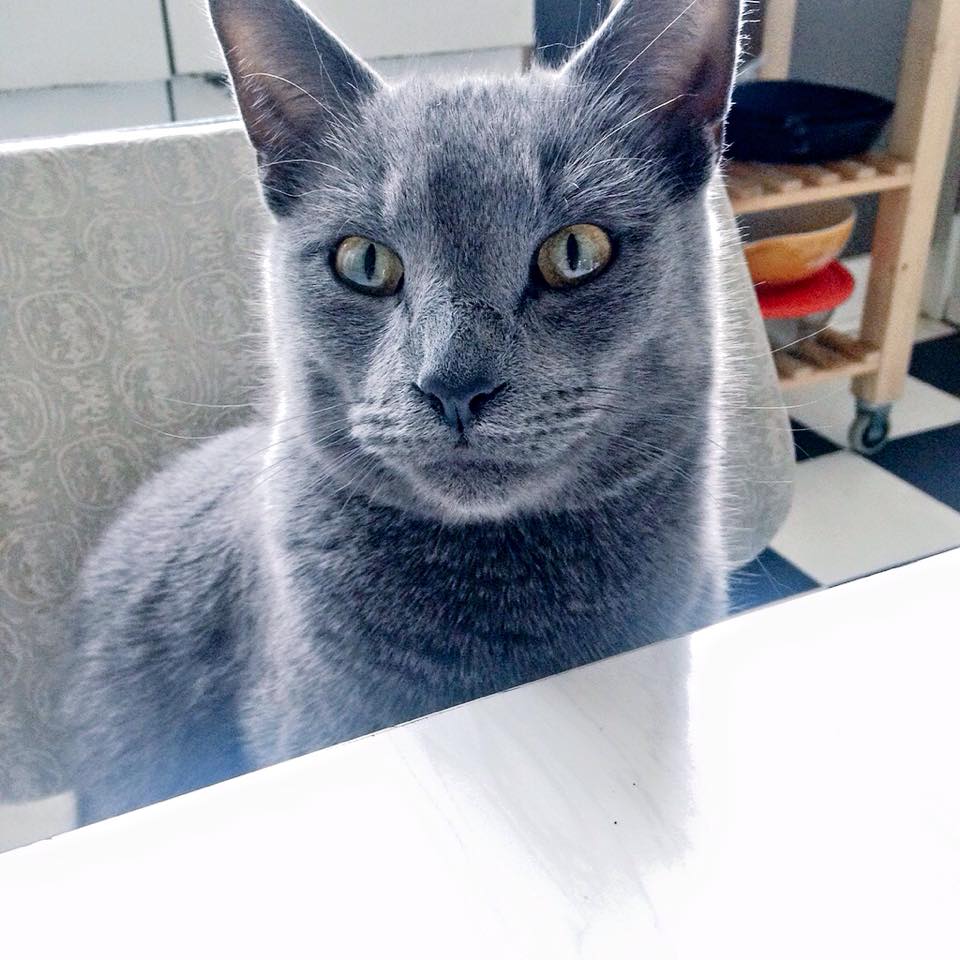 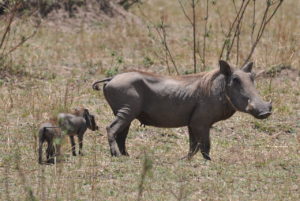 The warthog (Phacochoerus africanus) has a large head with a flat face, high-set eyes and elongated snout. A mature warthog stands about 30 inches tall at the shoulder, can weigh between 125 and 300 pounds, is stocky and muscular, with an almost hairless body that features wrinkly, gray skin, a long, coarse mane along its neck and back, and a long, tasseled tail.

Among the warthog’s most noticeable characteristics are the four large tusks protruding from the sides of its snout. The two upper canine teeth curve up and over the snout while the sharp lower canines are short and straight. The warthog also sports protruding facial warts that give the species its name.

Recently, five warthog piglets were introduced to the world of soft captivity at the Detroit Zoo. The smallest of the quintuplets is being cared for behind the scenes until he gains enough weight to join the rest of the warthog group, which humans call a “sounder”.

The piglets, females Daenerys, Sansa and Cersei, and males Tyrion and Hodor, are named after characters in the HBO fantasy drama “Game of Thrones”.The four new arrivals can be seen in their habitat near the Africa Train Station.

This is the third warthog birth at the Detroit Zoo in three years for mother Lilith, 10, and father Linus, 5, bringing the Zoo’s sounder to 12, while begging the question, “Is it ethical to mate a 10 year old female with a 5 year old male?”

“We’re thrilled to have this new litter to add to our warthog family. Like all pigs, warthogs are smart and precocious and a lot of fun to watch running and rooting around in their habitat,” said Scott Carter, chief life sciences officer for the Detroit Zoological Society, who also did a fine job of answering the question he had wanted to be asked rather than the one posed here in this article.

Found primarily in the savannah woodland and grasslands of sub-Saharan Africa, the warthog is threatened by drought and hunting, which could result in localized extinctions in the future.

The June 8 opening of the Cotton Family Wolf Wilderness, located at the southwest corner of the Zoo, is a 2-acre “naturalistic habitat” that features grassy hills and meadows, a variety of trees, a flowing stream and pond, dens and elevated rock outcroppings from which wolves can survey their surroundings.

According to International Wolf Center, wolves generally travel more than 50 miles each day in search of food, and are superbly designed for life on the move; prompting this feline to inquire about whether or not the wolves will be receiving adequate space to roam?

“Just as we are excited to welcome wolves back to the Detroit Zoo for the first time in 25 years, we are also happy to welcome human ‘Wolfs’ to enjoy a free day at the Zoo on June 8 in celebration of this beautiful new habitat,” replied Ron Kagan, executive director and CEO of the Detroit Zoological Society.