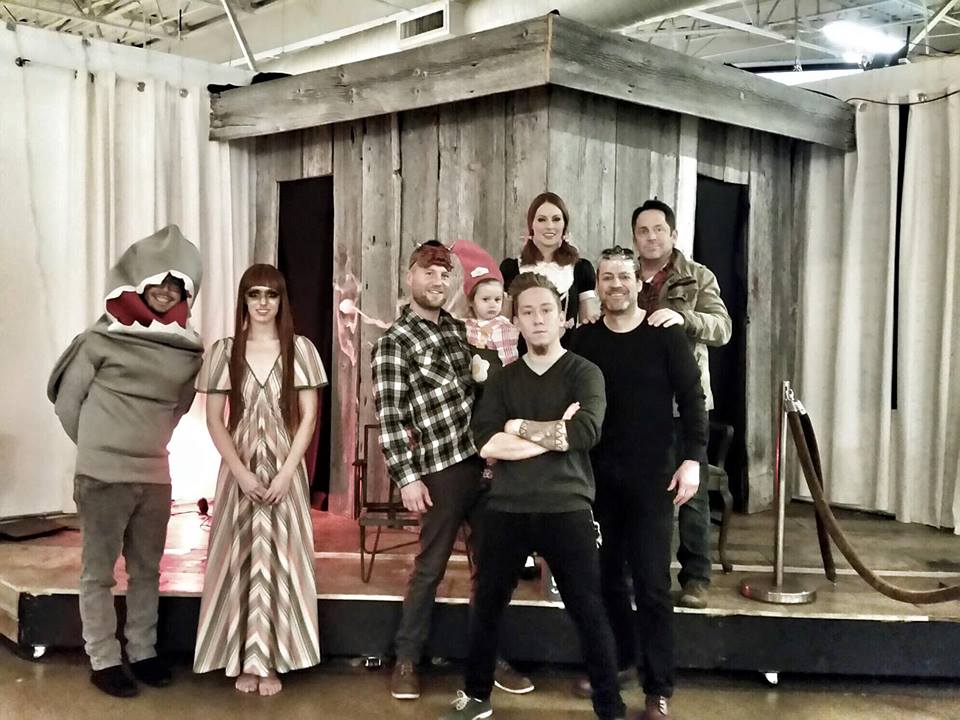 Cast and Crew for The World's Smallest Horror House

It was a frightening Halloween for those who entered The World’s Smallest Horror House, which set up this year inside The Rustbelt Market in Ferndale. Conceived by Metropolitan editor, Anthony Brancaleone, the WSHH was beautifully constructed by Rust Belt co-owner and master craftsman, Chris Best, and served to raise $250.00 for Gleaners Food Bank of Southeastern Michigan. Admission was $1, with 100% of the proceeds going to the charity. The money provides 750 meals for those in need this holiday season.

Performance artiste and this year’s Head Wrangler, Nate Hudson,  lured skeptical onlookers through the exhibit with biting quips like, “A small price to pay for big fear,” and venomous allusions like, “Impress your girlfriend in a small way.”

Children, parents, and hipsters alike screamed in absolute terror, as performance artiste, and this year’s “Freak-in-the-Box”, Anthony Brancaleone scared the living hell out of anyone within 10 feet of the handcrafted, farm-to-stage, structure.

“It was the scariest 20 seconds of my life”

“It was the scariest 20 seconds of my life,” said recent mother and horror house patron, Colleen Badgero. “It was really scary,” said Allie Martin, nanny to the stars. “It was just really scary.”

Professionally, Brancaleone emoted an array of frightful characters in the method style of acting, transcending age, ethnic, and gender constraints, while frightening patrons in English, French, and an archaic form of Mongolian dialect, using a complex syllabic structure that relied heavily on suffix chains in the verbal and nominal domains.

Look for the 2016 World’s Smallest Horror House somewhere and sometime in October 2016.