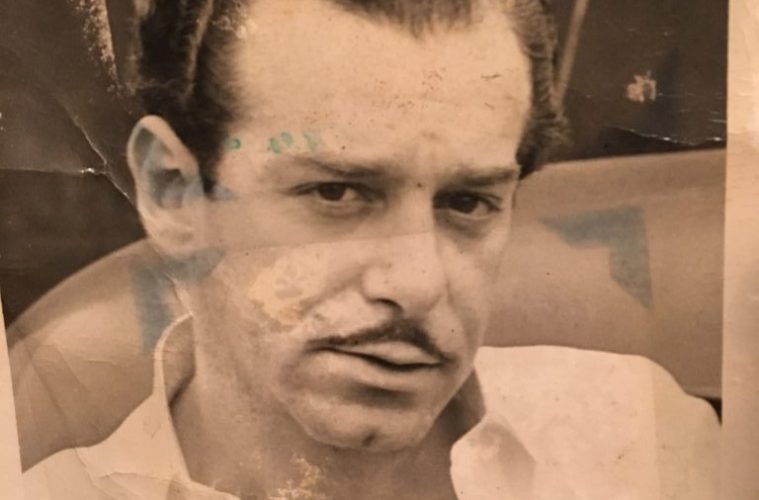 Your Father, Who Is That Guy?

I had just turned twenty-one and was invited to a fine downtown hotel for my first real drink. It was The Statler Hilton, just off Grand Circus Park and now long gone. An evening invitation meant my best shirt with a dark silk tie. Three frustrating attempts with a Windsor knot made the length just right. Slipping on the wool English tweed sport coat made everything right.

When I entered the main entrance to the huge Statler I was greeted by a spiffy buttoned up Doorman, who politely directed me to the bar. I pulled out a heavy upholstered chair to sit down. A few patrons at the far end of the long bar were murmuring quietly.

I looked up and around. Everything was finished, well tended and masculine in dark, rich mahogany sophistication. Within that fine framework sat an order of vivid liquor bottles, colors of deep red, green, yellow, brown, amber, all contrasting with the hue of polished wood. What are all those and how do they taste? 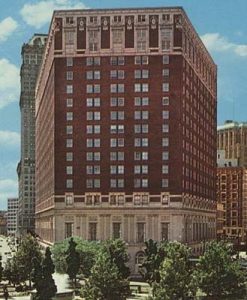 It was a place for gentlemen. A Bartender with a fresh starched white shirt walked over and said, “Well, what will it be?” I wasn’t sure what to order but said, “Manhattan, please.”

He picked up a sparkling glass, made his mix, topped it with a little cherry stem and all and said, “Here.”, then walked to take care of someone at the far end. I sipped the strong cocktail and watched the bartender deftly make another drink.

I remember watching his demeanor and how well he handled people. He treated each with simple respect, whether in front of Edsel Ford – and that was often – or a factory worker from the line, or someone down and out. He gave each the same level of respect, expected it in return and got it. The Bartender. I knew and had seen him before, but knew him differently. Something wasn’t right. 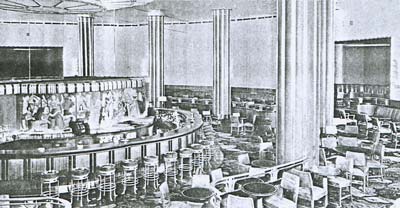 Where is his horn, his trumpet? That was it. He is a musician. Not only a horn player, he played clarinet, reed and brass. Yes, he is the one invited to play black and tan clubs in Detroit, and the Tommy and Jimmy Dorsey Orchestras in the Casinos. Played the better clubs in L.A., fronted his own band on Catalina Island too. He could ‘triple-lip’, like Harry James. The musicians union called him often when the top bands came to town.

This guy should be playing somewhere. He is a true artist, a music maker. My family had a decent musical heritage, so I knew that much. He loved playing wherever and whenever he could. Some are born with passion for their craft, their music. He’s one of them. Music is the better part of his life and there he is behind the bar.

Look at him. Where is his spirit, his rhythm, all the flow stopped in mid-stream, all his creativity, all his artistry suppressed, confined and subjected to something other than his real occupation.

As I watched, I felt some frustration and disappointment. I learned, sometime later, ‘things’ got in his way. One was simple. He had to feed and care for his family, which he did.

Making a living in the arts is difficult and uncertain. But, if you love what you do you take the chance, which he did. When times were good, the pay was good. His reputation grew and he was happy with the reward. He was making it all work for some time, playing as much as he could for as long as he was able. Then, slowly, it became more difficult.

He had to add another job to take care of the home front. That was not without a great internal struggle. Gradually, one thing was replacing another, little by little, until his core was no longer visible.

No doubt, most of our fathers searched, and then fought for what they wanted to do. If they’re doing what they are meant to do then they are blessed. If yours isn’t, you may want to look at him differently.

Is he the truck driver, teacher, fireman, the C.P.A., doctor, soldier, is he the mechanic, the athlete, buttoned up Doorman, or factory worker – the backbone, the fabric of this great country. Is each one quietly suppressing his dream to be something else? Is he not doing what he truly wants to do in order to make a go of it as best he can, for you and for me?

Where is your father in this? Is he the artist, the poet, the dancer; is he the singer or the songwriter? No matter what he is doing, assembling on the line, shifting eighteen gears with a clutch, or swinging a baseball bat, everything works in rhythm and harmony. Everyone makes music in his own way.

The Bartender. He had been behind the bar at The Statler Hilton once before, sometime ago. It was the beginning of World War II. As the story goes, a young woman came in for dinner with her two children. She asked the waiter if The Bartender would make a drink for her boy and girl. “Of course, ma’am.”

The Bartender made his mix, topped it off with little red cherries, stem and all, and called his creation a “Roy Rogers” and a “Shirley Temple” The woman smiled and the names of the drinks seemed to have stuck.

The Bartender. My father. I always think of him as the music maker, and in the present tense. His music is a melody long remembered and a song I want to sing. My father, a whole life in 3⁄4 time, high notes and low, a man who made music anyway he could. It is said, a son is better than his father. That is certainly true in my sons and beautiful daughter. As for me, I still can’t read a note.

Tom Brank is an independent film producer and writer living and hiking in the Leelanau Peninsula, Mi.