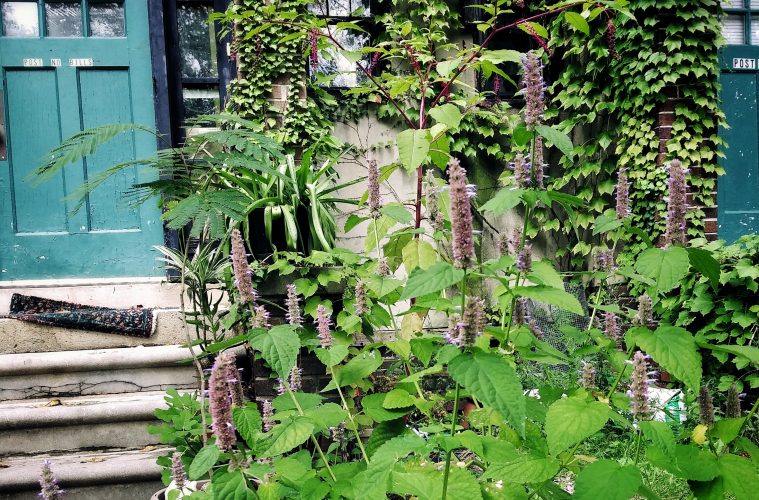 In winter, I sigh and heave myself off the couch often to watch a family of Red Cardinals feed from the rewilded front yard of mine, packed full of dead Pokeweeds and dried up vegetation. Pokeweed, toxic to humans, is a favorite of the Red Cardinals. I see them jump from stalk to stalk picking the shriveled berries in the cold. I live in Detroit, townhouse, second in from a busy road.

To me the term weed is entirely derogatory. A constant battle of “leave the milkweeds” and “my pokeweeds, please” when our varied groundskeepers come whacking through with their 2-cycle death engines. Full disclosure I am a ‘tree-hugger’  but not the kind that goes around hugging trees. When I see articles talking about the Brazilian rainforest on fire, or the Congolese jungle on fire, or the fires in the bush of South Africa or in the hills of California I couldn’t care less about the cost to the economy when compared to the cost to the world and its many interconnected ecosystems.

But today, this little recollection of mine is about a certain Yellow Banded Bumblebee family. One of six species of Bumblebees in Michigan, since 2000, that have dropped over 50% in population. 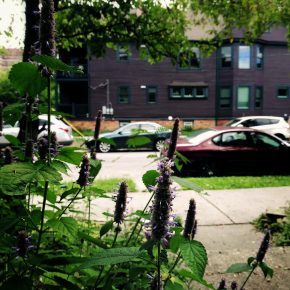 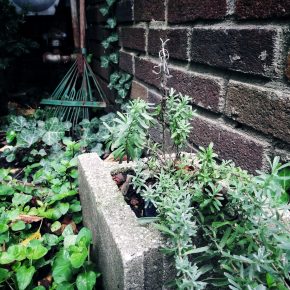 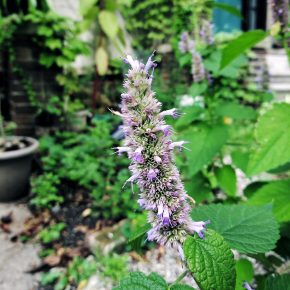 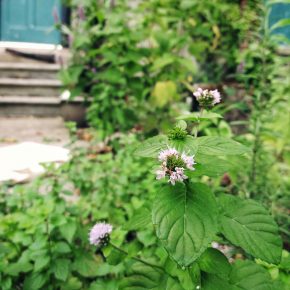 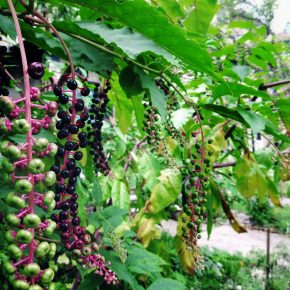 When it begins to warm each Spring, at least for the last seven seasons, I recall the budding of all the early travelers. Spearmint is usually first, followed by  reverberations of the dearest of all, Lavender.

This year, in late March, I anticipated the arrival of all these travelers. I had just begun to tend to my tiny patch, hand picking each leaf, and Flamin’ Hot Cheetos bag that had blown over from the road.

Lavender grows slowly, at least slower than Spearmint. Over the last seven years I had tended to this one Lavender, who usually arrived in early April. Lavender was always early to arrive and early to bloom, with its tiny purple flowers. There was something ornately resolute about this seasonal process, as if I was and could only be witness and not tender to my wild patch.

In spring, there were cherished visitors, Lavender’s friends, who emerged to make their visit known. Slowly bobbing up and around and predictably toward Lavender, a family of Yellow Banded Bumblebees gathered. Each spring they gather in my front yard patch. Without smile, or celebration, nor never sadness, they hovered most ungracefully in existence and much friendship. I recall them to be there, float there, each time I sat on cement and noticed their existence. Like the comings of the Red Cardinals in the winter, their meditative, sort of Ansel Adamsesque, bobs brought me much joy.

In early summer, when the days grew hotter, my joy did not subside, for with the days brought more purple flowers and an ever invitation to every friend a single Lavender could provide.

This year though, maybe Lavender extended just too far, never on the straight and narrow. Such friendship oft too far. For my many herbs, and weeds, and other travelers in the spring and summer, perhaps there was just too much burgeoning along the strips of all our Americano sod.

One day this summer, a weedwhacker whacked all of my weeds. And Lavender was gone.

My little patch was barren for a time this summer. For one month there were no arrivals, or visitors or fun. Keep it cut, keep it green, keep just sod contained and alone. This is the societal voice I hear every single day of summer when mowers, and blowers, and death engines loudly roll along.

Since the day Lavender died I’ve doubled down on my little patch. Adding a stumpery, purposeful leaf piles, water feature for Black Squirrels and Yellow Jackets. And tripling the number of differing plants. Over the summer large growth spurts amid an arguable micro-climate emerged with passion. Dozens of green virtuosi from miles around had come to find refuge from neighborhood weedwhackers. New friends like Yellow Orb Cucumbers and Wood Sorrel had come in droves, blossoming out of nearly every possible soil plot.

New coming-of-age stories had emerged too, like that of a purple flowering Hyssop, who in just two months grew from a six-inch sprout to a three-foot flowering bush. Presenting its long buds of reminiscent purple flowers, Hyssop attracted other families too– Honeybees, Sweatbees.

But the Yellow Banded Bumblebee family was nowhere to be seen.

I’ve thought of them every day I sit on the cement and notice other existence. I see other travelers, other new growth spurts, other stories of arrival, fruit and death. I wonder where the Yellow Banded Bumblebee family went, if they found fresh food, if they survived at all.

I know my wild patch is place to many little creatures and could be to even more with practice and with much veritable growth. Little homes in rafters, or buried under stone, along the cities many sidewalks, in crevice and in welcome. But I wonder if all of us took in some weeds and gave refuge from our own engine storms, would the Yellow Banded Bumblebees come bobbing back to call Detroit, again, their home.