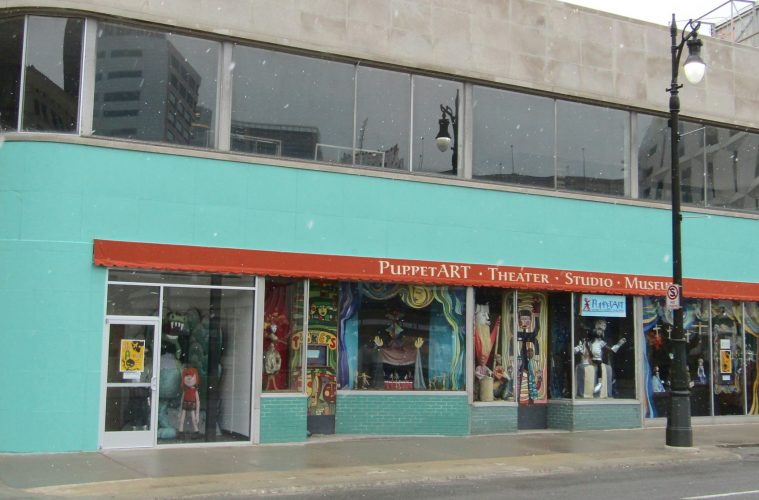 Who Cares About Detroit PuppetART Theater?

Emigrating to Detroit seeking new beginnings, a group of Russian puppeteers embarked on a theatrical journey, on the eve of the Hudson’s demolition, to build through a collaborative, community driven effort, what is known today as PuppetART.

Established in 1995 as a traveling nonprofit theatrical troupe, the American Russian Theater Company, reformed as PuppetART Detroit Puppet Theater in 1998, has operated downtown as a small theater, studio and museum for nearly 20 years. While it is no secret that since it’s inception the founding trio, Lyudmila Mikheyenko, Igor Gozman and Irina Baranovskaya have had their fair share of successful performances, it should also be noted that, as does every theater, the artist’s have encountered many tribulations, most notably the struggle to survive the city’s worst economic decline since the Great Depression.

One can imagine how the world of puppetry, particularly here in the States, can be an art form full of misconceptions. For instance – if asked what puppetry is or who it is for, how would you define it? Would you say it’s something quirky for kids, or that it is novel? Would you say it is an educational tool for grade school? Or, perhaps, that it is even a lesser art form? 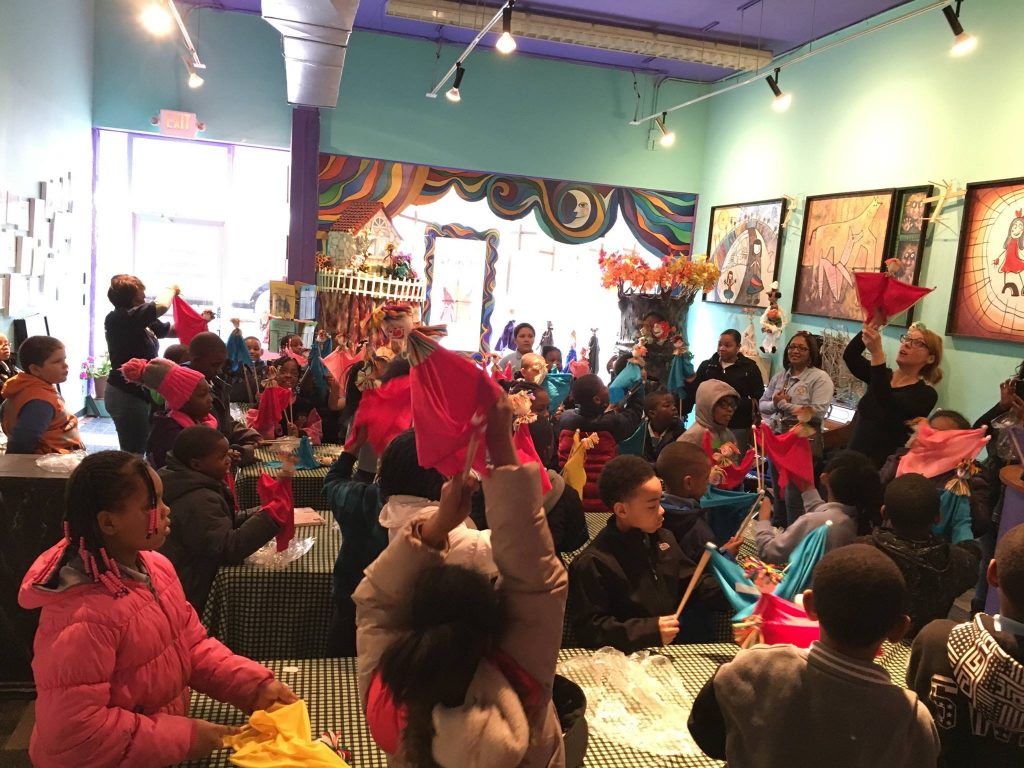 Maybe you wouldn’t say lesser – but would you donate the same amount of time or money to preserve the delicate and largely forgotten puppets from centuries past? Would you do so in the way you would to preserve a Molière painting? Would it make a difference if I told you that the Detroit Institute of Arts has a rather large and impressive collection of puppets that have been donated over the years, found almost exclusively in storage?

The textbook definition – via Merriam-Webster – defines it as either: the production or creation of puppets or puppet shows or the art of manipulating puppets. Ask any professional puppeteer or puppet organization, however, and one will find that there is a slight disconnect in language, particularly with the word manipulate.

Yes, one manipulates rods, strings and articles of material in and around a puppet to portray movements and emotions, but therein is the problem. For sure, puppetry can have many meanings, but in its simplest form it is about bringing to life or animating an inanimate object, to tell a story or convey a message, not manipulating one to do so.

This switch in vocabulary is about perspective, both for the practice of the artist as well the audience. PuppetART’s website articulates that “every puppet show is a home of all art forms” – it is through this lens and perspective that one should perceive the work the trio have given Detroit for the past two decades. 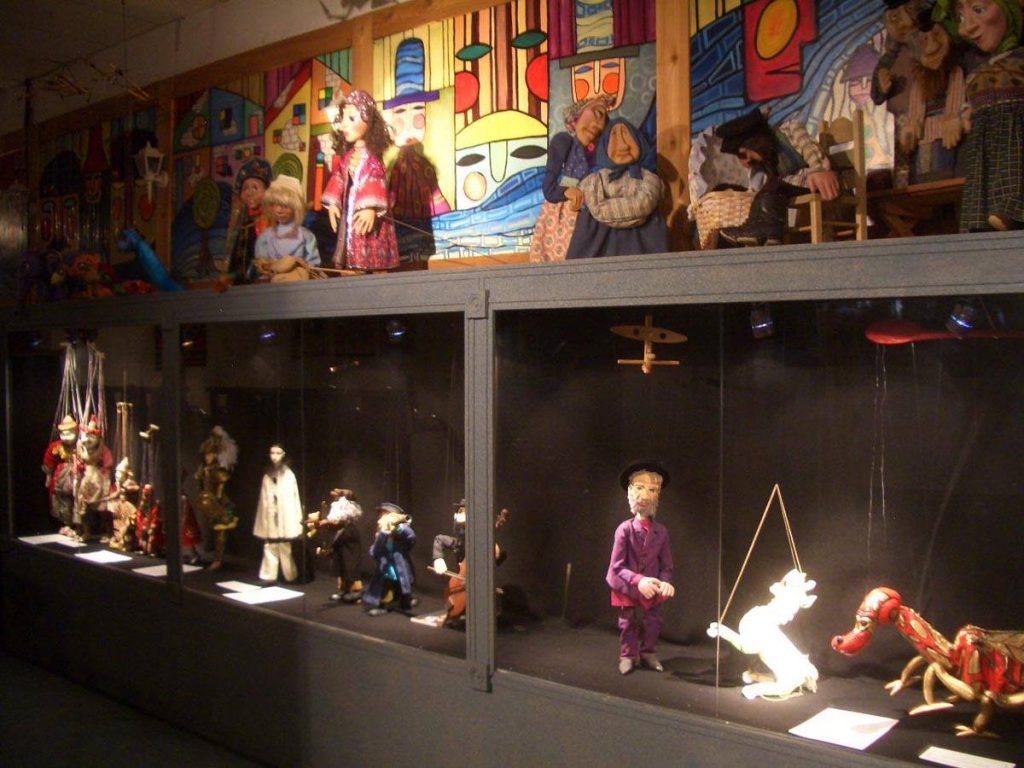 In 2014, reporter Patricia Chargot touched on some of this in her show review of Mouk’s Adventures, in the Yak’s Corner. She starts off right away with Mikheyenko’s view on the difference between an empty-headed puppet and a real actor.

“People pretend to be somebody on stage, and puppets never pretend.” ~ Lyudmila Mikheyenko

It is this perception of the art form rather than the actual quality of the art – besides rent, space and parking constraints – that has most likely excluded PuppetART from the apparent Detroit Renaissance.

Between the recent developments and varied investments totaling over $1B, within the 48226 zip code alone, it is entirely within reason, without getting into any specifics, that PuppetART could have been included.

Imagine PuppetART being granted space in the Dan Gilbert proposed tallest tower in Detroit, with potential major sponsors like Quicken Loans, Chase, and Shinola in support of the troupe’s unique vision. It would certainly be a doable endeavor – and on the future site that just so happens to be directly across the street from where PuppetART now performs …

The rather large proposed plans on the old Hudson’s site already include an unnamed theater, retail and office space. So fitting, perhaps, that a puppet theater, one that has provided art and truly handmade entertainment to the community, during a time when very few others dared, would now be recognized by the powers that be.

Or, if there is no room in The Tallest Tower in Detroit for a tiny puppet theatre, those same sponsors could consider supporting PuppetART in it’s current location? 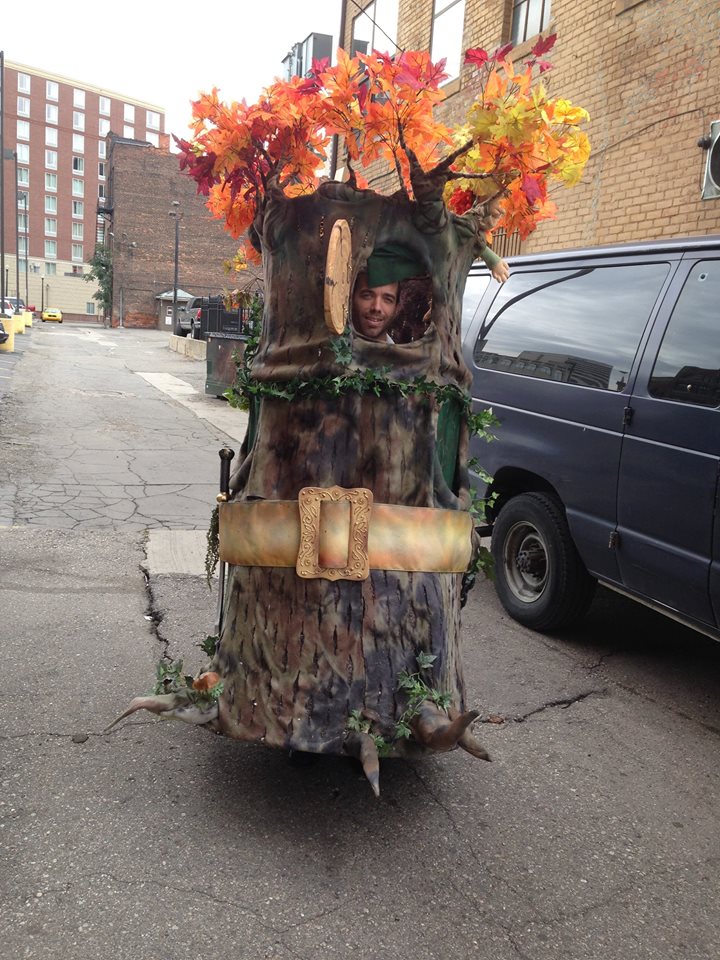 Snow queen set up at The Music Hall

Dreams aside, this concept of value, derived through social perception, ultimately leads to two questions.

What will they do now? And, does anyone really care?

It’s depressing to have to ask such questions for a do-good, non-profit theater that has set its roots in Detroit for so long and has almost certainly inspired nearly 200,000 children and adults alike in Southeast Michigan. The first question obviously is important to ask, if not to settle curiosities, but the latter, who cares?, is a valid and troubling one.

On a localized level, PuppetART falls within a district of Detroit called the Theater District, which includes other major institutions, such as the Detroit Opera House, Carr Center (scratch that), The Music Hall, 1515 Broadway (scratch that), as well as the Gem Theatre. Without serious support and dedication from the community, without major funding from sponsors, just about all of these places would not exist – and still may be threatened by an increasingly expensive downtown.

A week ago it was 1515 Broadway, which is being enveloped by neighboring redevelopment. Yesterday, it was the Carr Center being booted, which still has not found a new home. Today, it is PuppetART…

This troubling trend is affecting neighboring institutions as well – many of whom have been long standing allies and even patrons. Margaret Edwartowski, the Executive Director of Y Arts inside the YMCA downtown, which is located directly next door to PuppetART, had this to say:

“It’s been a blessing to have such a longstanding center for arts so close to us. For years, YMCA kids have had memorable experiences enjoying shows and workshops with this fantastic company.” Ms. Edwartowski continued, “Their deep knowledge and history with the art form of puppetry is unparalleled in our region and has been part of the creative community in downtown Detroit for decades.”

Besides the article you are reading right now only two other media outlets have picked up the story. And, though the Detroit News and Metro Times should be given some recognition for writing about this textured Detroit arts institution in the first place, both stories remain relatively uncirculated compared to similar stories, such as Henry the Hatter, or the Spectacles evictions – both located just two blocks from PuppetART.

And, to be honest, the coverage the theatre received was at best vague and uninspiring. Perhaps, other media outlets also think the move is inconsequential, or maybe even beneficial, to the increasingly corporate downtown landscape?

Attempts to shed light on the non-profit’s decision to close, as well as some key bullet points on what to expect to see in it’s 20th season, unfolded first by an email to subscribers and media, which was later shared on social media.

PuppetART’s Facebook page did bring in a few comments that, in general, were mixed. Some fans seemed incredibly sad to discover that the little nook of magic was leaving, despite nearly two decades of operation and thousands of dollars in donated funds. Others seemed jubilant, almost encouraging a move out of downtown, for the better.

Mixed well wishes, combined with slow media coverage, along with no major outrage or public support in the form of major donors, or even a GoFundMe page, begs the question, “Does anyone really care?”

“It’s sad that organizations that have been in downtown Detroit for years cannot afford to stay these days,” said Jillian Zylinski. “PA [PuppetART] is a well kept secret. I wish the name resonated with more Detroiters.”

It was the dream of these authentic artisans to open a puppet theater in Detroit. They have been living that dream, fostering imaginations and preserving tradition, for two decades. All one has to do is attend a performance or sign up for a workshop to feel the energy that PuppetART houses.

But, before we offer our collective well wishes to the troupe, before we bring our questions of gentrification and our concerns over an increasingly soulless downtown to the fore, it is important to recognize not only what this small performance space has done for the community but what the theater’s shuttering might mean. 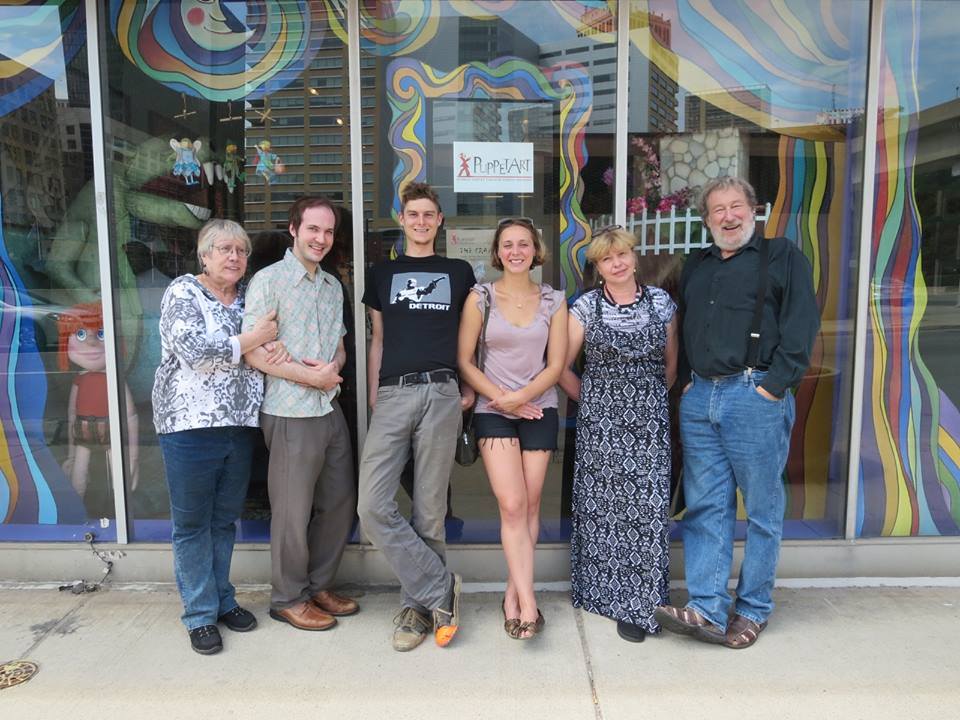 Detroit has a long and rich history of puppetry. Besides curating quite the museum collection, most notably Ed Johnson’s beloved Applesauce, the space truly was the last of its kind in the region, if not the country. Additionally, being a puppet theater for children, with a repertoire of thirteen different shows in it’s collection, the space has also acted as a place maker for artists – housing talent shows, guest musical ensembles, puppeteer apprenticeships, boy/cub/girl scout workshops, variety shows, 16mm film screenings and even birthday parties.

“It was a great presentation space for the material, and it was always great to see the space open up to artists in the community,” said Greg Baise

Change, forced or otherwise, can oftentimes challenge or inspire one to rethink and reimagine. But in a world where the dollar reigns supreme, reimagining something doesn’t happen in a vacuum. Yes, it is PuppetART’s intent, as stated in a hopeful social media post, to pack up, regroup, travel to schools, and then locate a new home. And, perhaps, the Russian trio will indeed find a space or elaborately shift their structure and remain on-the-road.

Or, perhaps, nothing will happen at all.

One can wonder what may rise if we all actually do something about it. But if nothing is done, if nobody stands up for them, if we all collectively pat them on the back and hope for the best, before moving on to the next click-bait, it is entirely likely that we will permanently lose another cultural thread that makes Detroit, uniquely Detroit.

Their story is our story.

So, from all of us in the city, across Michigan, and even around the country, who do care, who have shared in the pure magic and nostalgia that PuppetART, the Detroit Puppet Theater, has brought us all over the years, Nostrovia!

Thank you, for your art.