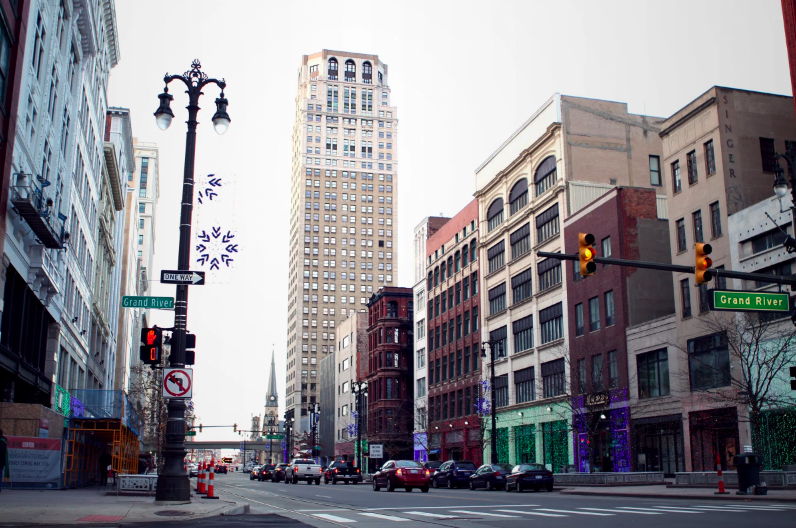 Shop from the many local, independent boutiques and specialty shops that maintain Detroit’s entrepreneurial fingerprint, and join in some Big City fun with a few of Detroit’s holiday traditions …

“Meet you under Kern’s Clock,” was the saying long ago, when Detroiters met downtown for a night of merriment. Why not bring it back by making the historic timepiece, located on the corner of Woodward and Gratiot, your next holiday rendezvous …

Remember when all those local fans and musicians turned on Jack because he made the big time? Remember, how they were incensed when he moved to Nashville and launched the first Third Man Records store and studio? Well, guess what. They’re not mad anymore. In fact, they’re trying very hard to get back into the Maestro’s good graces. Fortunately, Mr. White remembers where he came from and remembers those who supported him through thick and thin. Third Man manufactures and sells records for bands featured on their label, offers special releases, t-shirts and other merchandise. They also keep Cass Corridor’s roots alive with sounds from local and national bands with live in-house performances.  441 Canfield St. Detroit (313) 285. 8162 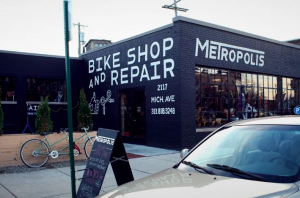 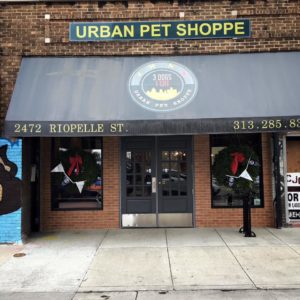 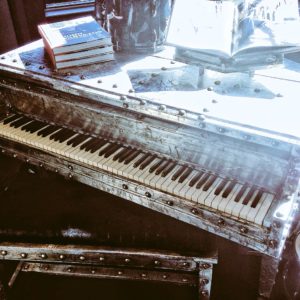 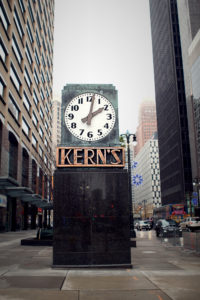 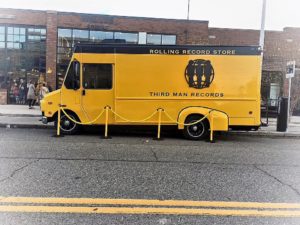 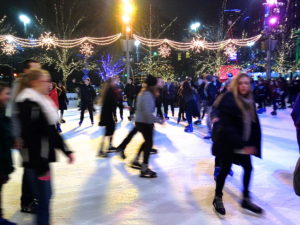 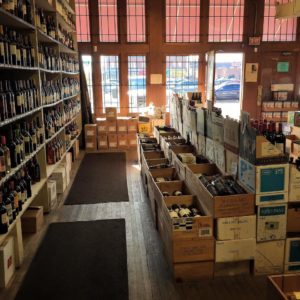 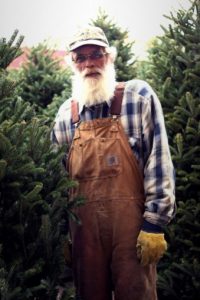 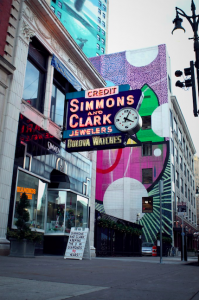 Owner Erin Gavle opened her lost city of gold earlier this year in an old souvenir store for Tiger Stadium. The vintage shop is now a beautifully designed treasure of carefully curated western clothing, hand made beaded items, vintage Native American jewelry, and some of the hippest 60s and 70s fashion for men and women this side of the Mississippi. On our last visit to Erin’s shop she was celebrating Small Business Saturday by sharing Mimosas with clients, then gifting the disco ball ornament that adorned each glass. Ms. Gavle says her definition of gold is happiness; something, she also contributes to the Corktown neighborhood. 1700 Michigan Avenue (734) 644. 8633

You have probably seen the gorgeous Simmons and Clark art deco sign that adorns this Detroit landmark. We think it is one of the most beautiful artifacts in the city. But, did you know that beneath this neon gem is a classic fine jewelry shop that has been in operation since 1925? Well, it’s true. Fred Simmons and Harry Clark established their business on Broadway nearly 100 years ago. They were also one of the nation’s first credit jewelers, and were instrumental in extending credit to Detroit City Police Officers way back in the day. Now, Fred’s son, George and grandson, Michael, operate this third generation family business. Simmons and Clark have recently undergone renovation, and currently boasts one of the finest holiday window displays in the city. 1535 Broadway Street Detroit (313) 963. 2284

In case you have forgotten, Allen Park native, and world renowned fashion designer, John Varvatos opened a stunning rock and roll inspired men’s fashion boutique in downtown Detroit. With all of the new bars, businesses, and restaurants opening in the city it would be understandable. However, once you have stepped inside Varvatos Detroit, located in the 1891 Wright-Kay Building, the richly designed space will be difficult to forget. Obviously, JV houses the latest in fast fashion including, suits, jackets, shoes and accessories for the stylish man. But, the room is also full of rock and roll memorabilia, vintage posters and vinyl, musical instruments, and a stage that is ready to rock at the drop of a high-hat. Wright-Kay Building 1500 Woodward Detroit (313) 437. 8095

If you have it within your means to place a new bike beneath the tree, allow us to recommend a trip to Metropolis. Representative, Joe Aasim, was kind enough to give The Metropolitan a mini tour on zero notice. What we discovered was a combination hi-tech cycle shop, offering rehabilitated vintage and new bicycles from dealers that are usually not available in the city, and a chill community, full service repair shop, dedicated to the growth and promotion of city and neighborhood cycling. Owners Shayne O’Keefe and Ted Sliwinski are true experts in their field and very happy to get you peddling in any weather condition. 2117 Michigan Avenue (313) 818. 3248

We know, we know, everyone does Uber. But, if you really want to be Big City cool this holiday season flag a cab from Checker, the oldest and largest cab service in the state. We can’t be the only one in town who loves the look of the yellow and black tooling around town after dark? Don’t feel like waiting on the corner – give Checker a call. Checker Cab (313) 963. 7000

An institution in the Market District, this neighborhood shop has been supplying Detroiters with interesting wines, beer and ciders for decades. Customers not only come to Cost Plus for their weekend and holiday adult beverages, they come to gather with other locals and shoot the sugar about the community, market affairs, local business, and city politics. And, Cost Plus Wine Warehouse has always been a dedicated stockist of The Metropolitan. 2448 Market Street (313) 259. 3854

A couple of seasons ago, my significant other made the mistake of not stuffing her priceless cat’s stocking with gifts of ball and string. The scowl on that poor chap’s face when he discovered Santa did not make an appearance was for me humorous, for her, mortifying. Fortunately, there exists a place where entitled canines and felines holiday needs are considered. Hey, pets need gifts too! 2414 Riopelle St. Detroit (313) 285. 8371

Whenever you’re downtown for the holidays make it a point to stop in at the Ice Skating Rink at Campus Martius Park (as of 2019 sponsored by Frankenmuth). Gives a Miracle on 34th Street like feeling. Take in the 60 foot Christmas tree with all its shiny, twinkling lights and decorations. Dine in one of the nearby restaurants and watch the city go by. Share a Smores by the bonfire with someone you love. Or, sip apricot Brandy steadily from a flask, lace up, hit the ice, and show your fellow Detroiters what true Olympiad ice dancing looks like up close and personal – Charlotte spirals for everyone!

While this event has yet to be confirmed, rumor has it Frankenmuth with introduce the first ever chicken wing eating and ice rink lapping contest. Rules are simple: Contestants must devour Wings all the way to the bone while skating laps. Contests include, Speed Race Wing Eating, Wing Eating Relays, Marathon Wing & Skate, with single and pairs Ice Winging, and a Hockey Wing Eating Tournament (ages groups and brackets TBA).