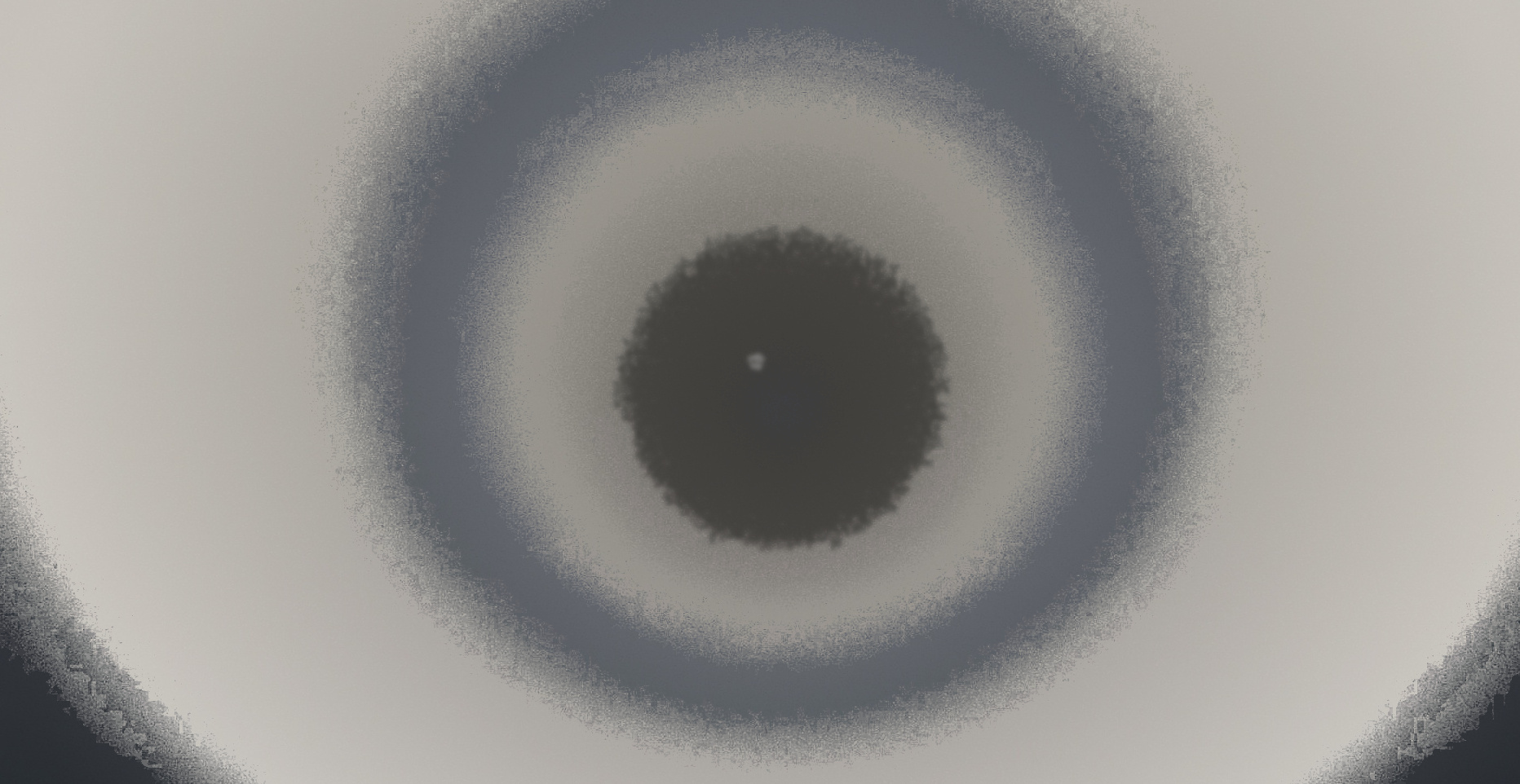 The Death of “Woke”

In 1962, for the first time in mainstream media the term Woke – a ‘politically conscious’ and powerful Black Vernacular English term – showed itself to the American public in a New York Times piece titled If You’re Woke You Dig It, by William Melvin Kelley. Everything after that is history.

Except, in the linear world we live – distort, disrespect and ignorance still shine, and the reverence and spark Erykah Badu gave back to the word in 2008 in many ways is gone.

Has Woke Been Appropriated?

Recently, there have been claims, here, here and here – that this term, which has had some resurgence with the #blacklivesmatter movement, has been culturally appropriated from black culture.

For propriety, let us entertain the idea that the word, and perhaps even weight of its meaning, has truly been appropriated. Then what?

Many words in this very article have been appropriated, words we all use all of the time. Interested to know why?

Because, for the betterment or worse, that is what we do, we appropriate linguistically, which is part of our culture. It can hurt and be hurtful – especially when it happens to words that carry such currency. Either or, we do not live in a homogenous society. American life is still a melting pot and when we say something is owned by black culture, we are excluding the nuance of the world we live in.

Want some more resolute examples of appropriation? Check out some of the native costumes being sold at our seasonal Halloween stores. Or give Sharon LaFraniere’s piece, In the Jungle, the Unjust Jungle, a Small Victory, published in 2006 in the New York Times, which speaks on the hit song The Lion Sleeps Tonight a thorough read.

“If you are white you will never be Woke”

In 2016, Deesha Philyaw, touched on the word Woke in a blogpost titled If You’re Not Black, You’ll Never Be ‘Woke’. Her sharp-tongued composition, which makes the case that the use of the term is basically without due respect, ultimately falls short – because she speaks of it in a static sense.  Her points, however, include a note that Woke has not been appropriated but rather it has been disrespected – basically saying, wake the hell up!

In early 2017, Merrill Perlman’s piece Get Woke, America, in the Columbia Journalism Review, in essence corroborated Philyaw’s voice; that the issue is more “cultural indifference than cultural appropriation”. However neither of them puts forth resolution, instead they’re saying ‘respect’, an honorable message, but one that offers neither peace nor action.

When Badu, revived Woke in pop culture, she did so knowing the outcome; people would be listening and most likely, the phrase “stay woke” would resurface on social media. Both of which happened, sparking movement.

The same year Philyaw shared her position, Amanda Hess, published a piece titled Earning the ‘Woke’ Badge, in the New York Times Magazine, that effectively dismantled the term into separate working parts. Hess’s position was that when white people, to their black counterparts, use the term Woke in recognition to self and other of their own awareness, they walk right into “the cross hairs between allyship and appropriation”.

Hess points at the continued recycling of the word Woke, a digital process that has taken it from activists, to an indifferent larger mainstream audience, and then back to activists to retool its social meaning.

In support of this she props up the work of Dr. André Brock, an assistant communications professor at the University of Michigan. Brock argues that the black activist voice in today’s tech-forward world is subject to an aggressive “white monitoring” paradox – whereas hashtags that enter social media, exemplary of a particular movement, such as #ICantBreathe, are “accelerated” and quickly interpreted into the hands of just about everyone.

For example, consider #ICantBreathe, a very real connotation, being used by a twitter tween to denote a stifled relationship with one’s parents. Entirely and insensitively misused, right? Though, Brock’s position leaves room for debate, he describes a rather repugnant linguistic hyper-appropriator, of which we all should be cautious. Imagine someone playing five-second telephone with millions of people – but they weren’t “playing”.

By citing Brock, Hess further solidifies that the term no longer means what it once did, neither by its original use, nor by its black activist rebirth. Besides amplifying dialogue to create better understanding, Hess also implies that we should be wary and mindful of intention and voice, of which she directs at both principal black participants of activism, as well as their allies of whom sometimes take center stage in a movement that they could easily walk away from.  Her sentiment is effectively that if we are not cognizant of the term, and those who use it, we enter a landscape where very unWoke people are #StayWoke because they have a Maya Angelou paperback sitting atop their desk.

Then again, according to Philyaw, if you are white you will never be Woke, so where does that leave us?

One could make a case that the word has indeed been taken from black culture because of its origins or by its recent revival, but it wouldn’t matter. First, because reviving a word means it wasn’t entirely alive. Second, because connecting the root of a word, no matter how intrinsically bonded it may be, to the present day, exempts both time and testament. Third, because arguing linguistic appropriation, in this context, is not at all a priority.

Dissection of the Urban Dictionary

Let’s back up for a second. So far there has been reference of voices from people with their eyes open – writers, artists, researchers and activists. What about the whopping 40 definitions of Woke in the Urban Dictionary that are submitted by the public?

One of which says Woke describes a state of being in which you generally question common paradigms. Others claim the term means knowing what is going on in the community, or not blindly believing cultural dogma or being aware of current or political affairs, or being aware of the social and political environments regarding all demographics and socio-economic standings.

Most definitions either leave out an important component of what is meant when we say Woke or they’re politically and even racially one offing each other. Some of the definitions wrongly imply it is simply the acquisition of statistics, or the viewing of violent Youtube videos and subjective tweets – so as to speak intelligibly or mindful on a topic, notably on race or social injustice.

However, memorizing and reciting information is not the same as perceiving it.

It is one thing to postulate and chide with unbeknownst terminology and concepts; it is an entirely different thing when assuming one’s understanding to be truth and then building friction within that understanding. Hess remarks as such when she quoted rapper Earl Sweatshirt’s I’m Grown NPR interview in 2015 that told the story of his mother setting him straight. By saying “No you’re not” to her son, when he crooned the words “I stay woke” she was, as Hess points out, activating her son to understand its power and history.

Sweatshirt’s mom was on to something.

In 2016, Charles Pulliam-Moore published in Splinter a catalog of contemporary Woke usage that followed its ebb and flow in the digital world. He touched on the life, worth and ultimate demise of its social context, titled How ‘woke’ went from black activist watchword to teen internet slang. The piece speaks on valuable points beyond the Urban Dictionary.

Yet, unlike other articles that evaluate Woke in anthropological terms, one can actually feel Pulliam-Moore sift through emotion and significance. He says “there’s a certain tragedy to its loss that’s different and more painful” when comparing Woke to other black rooted words that have been absorbed by society, such as ‘bae’, ‘on fleek’ or ‘bruh’.

One is not Woke just because they felt Badu’s rhythm when her lyrics rang “beautiful world I’m trying to find”. Neither is one Woke because they’ve taken a few civil rights classes in college. Allies who “get it” are still not Woke. Neither are our colorblind folks – because let’s be honest here, we all see color.

The assumption, or rather the vivid belief by many, that those who object the status quo are then, by mere accomplice to their question, impure or misguided, is a troubling one indeed. We ought to be drenched in blood from banging our heads into the wall so many times – since the social and etymological journey of Woke is a drop in the bucket of what we aggressively misconstrue.

What would happen if we started seeing and living with the differences between us, instead of imitating sameness? What would happen if we resigned ourselves to respect experience of the other instead of striving to capture it? What if instead of amplifying propaganda to thwart reality, or losing ourselves in social media threads, we held true to our own stories? What does equality actually look like, do we even know?

A white person in a state of ‘call to arms’, who lives in a perpetual world of injustice, who fights sustained tragedy, and who perceives truth and meaning, portrays aspects of being Woke. Indeed, in this situation they are enlightened, they are the real deal, and most likely are “Woke” within their own culture and context, but they will never be truly Woke because it is not theirs to be.

Our spectrum of digital tools and continued unwillingness as a collective society to apply critical thought whilst we speculate on Instagram trends has through much variance, detracted Woke from being solely rooted in the realities of whence it came. In a sense it has become a weightless term that infers color without course, and sight without seeing, which is a damn shame. But this is all passé.

Passé because, to those who know its power, to those who are and remain truly Woke, the indifferent reuse, or even societal death, of the term is far from a priority. When we get right down to it, debating linguistic appropriation is inconsequential in the face of people starving, in the face of genocide, in the face of contaminated water. Appropriation does not trump survival. And survival is what we are talking about here. Waking up, Woke, in the morning to consider the tenor of insensitive tweets from the night prior versus extending a hand to the mother of a murdered son, is a morbidly clear decision.

So, what do we do collectively?

In short, listen. Accept being witness to injustice, rather than burying it in the recesses of fear – see. Cross those invisible borders that perturb one’s expression – act. Hear and rewind the passing thoughts that turn in one’s gut – think. Thrive and find kin, in an organic world of differences – be. Muster voice and subvert ignorance against friends and foes alike – speak.

Live a life with all eyes open.