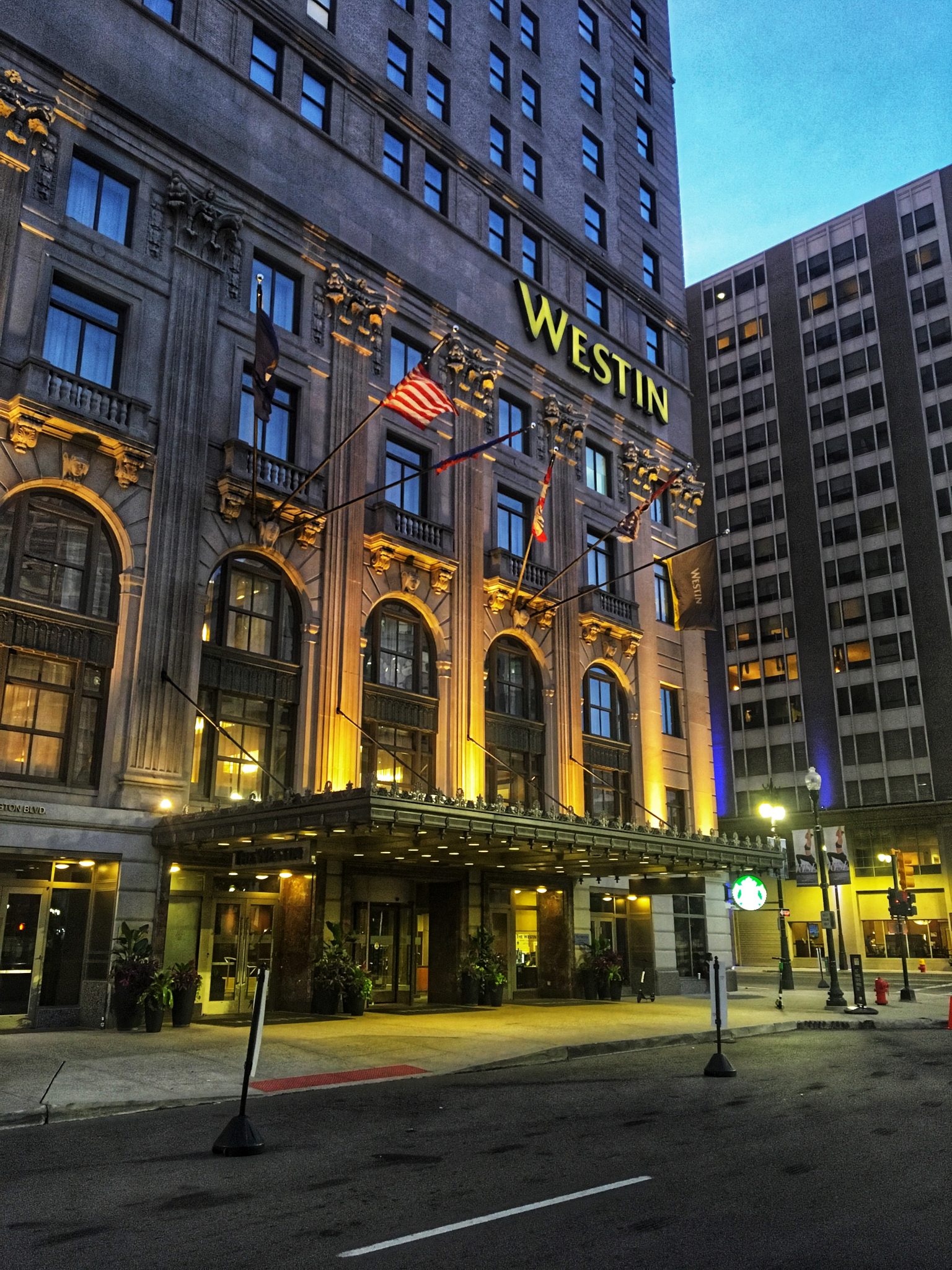 Designed by architect Louis Kamper in the Renaissance Revival Style (also referred to as Neo-Renaissance), the Book Cadillac Hotel was built in 1924 for Frank, Herbert and J. Burgess Book Jr., or the Book Brothers, as they were more commonly known, in an effort to bring a little of Manhattan’s  “Fifth Avenue” to Detroit’s growing Washington Blvd.

Named in part for the founder of Detroit, Antoine de la Mouthe Cadillac, the hotel was world renown during a period when the city was still referred to as the Paris of the West.

The building underwent a $200M renovation in 2008 that included 455 guest rooms and 67 Condominiums, and opened as the Westin Book Cadillac while the Great Recession hit Detroit, perhaps, harder than any city in the nation. The Book held on, however, and was in fact at the forefront of the Renaissance that was to come. 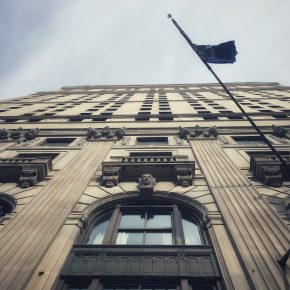 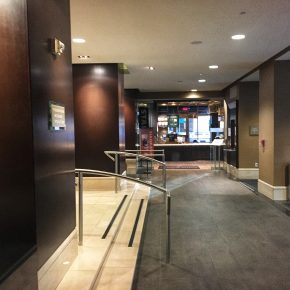 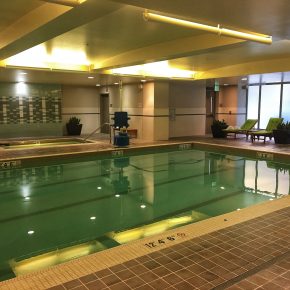 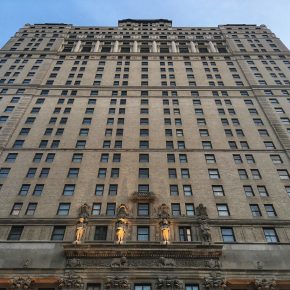 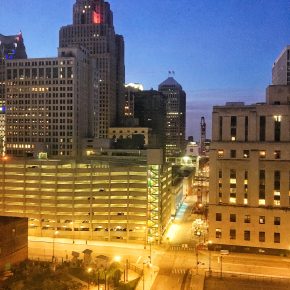 Offering a luxury experience, Westin Book Cadillac is a corporate chic hotel with very comfortable beds and bath, wide-screen tvs, a Spa and fitness room, pool and hot tub, conference and event spaces, and the plush Motor Bar on the second floor, which is perfect for afternoon cocktails or Nightcaps.

On the ground floor, guests and public are invited to enjoy Starbucks, 24 Grill, which has a bit of a night club feel later in the evenings, and Michael Symon’s ROAST, a steakhouse known for beef and other beasts including pork, venison, boar, and chicken.

One the great secrets of dining in the city is Happy Hour at ROAST. Bar menu items are half price and include wild beast tacos, meatballs, extraordinary rosemary fries, and one of Detroit’s Best Burgers, all between $3-$6. A selection of house wines and cocktails are available at $5. Expect lively conversation from local creatives to politicians, Book Cadillac residents to Hotel guests. While I am a sucker for Bombay Sapphire Gin Martinis, with a pair of Bleu Cheese stuffed olives, ROAST has an extensive spirits and wine list that has yet to disappoint, and a professional staff that in my experience has always been friendly.

With Detroit in the throes of Renaissance, Westin Book Cadillac guests have plenty of Things To Do within walking distance. Capitol Park is at the northeast corner of the building and, along with a beautiful grass seating area in the center of the park, has a number of bakeries, bars, coffee shops, markets, and restaurants to choose from. For one of the more authentic “Detroit” experiences try Cafe d’Mongo’s. A new addition to the park is Cannelli Patisserie, with chef Matt Knio bringing a bit of Paris to this city of French origin.

For those who wish to discover who makes the best Coney, American Coney Island and Lafayette Coney are also across the street from the southwest corner of the building. Both are open 24 hours a day and really shouldn’t be missed – regardless of diet. 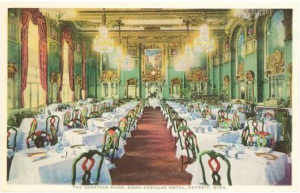 At one time the Book Cadillac Hotel was the tallest building in Detroit and the tallest hotel in the world. It played host to several U.S. Presidents, appeared in movies including, Frank Capra’s ‘State of the Union’ (1947) and the cult film ‘Detroit 9000’, directed by Arthur Marks (1973). The hotel has provided rooms for Frank Sinatra, Sammy Davis Jr., Elvis and The Beatles, and once leased its penthouse to The Purple Gang’s notorious leader, Abe Bernstein – making this Hotel a historic landmark to be sure …

It also has soft bathrobes.