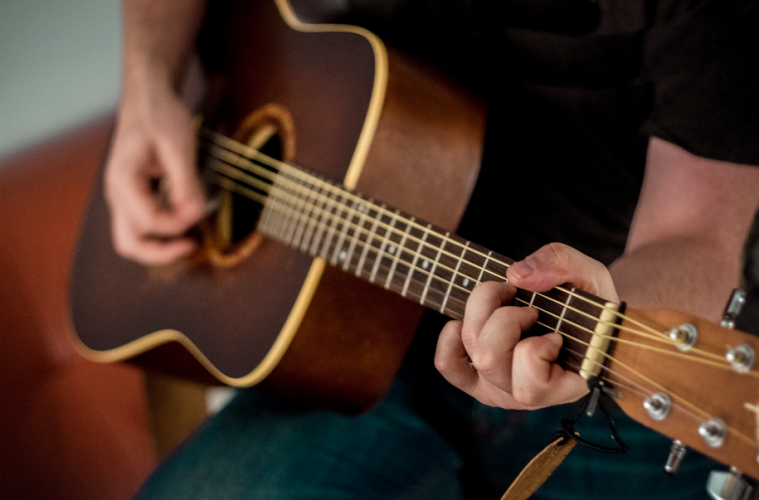 We are living in what Harry Onickel describes as pre-apocalyptic times. The current health crisis has kept many of us at home with some feeling a bit disconnected from the world.

Normality seems a long way off, which has many in search of a source of comfort during these trying times. One source is music — whether listening to it, playing it, or both. Underscoring music’s prominent role amongst humans is the increasing popularity of live music streams, DJ sets, and quarantine concerts on platforms such as YouTube and Instagram.

Others, meanwhile, are making music, with many looking for the first time to learn how to play an instrument. Indeed, a recent Washington Times article reported a spike in musical instrument sales during the pandemic. Yamaha, one of the world’s leading piano manufacturers, has sold nearly six months’ worth of digital keyboards in the last two months, while sales of acoustic instruments have skyrocketed. It’s not surprising given how humanity has always leaned on music as a coping mechanism or as an expression of social relatedness. But what exactly makes music so comforting?

Why listening to music uplifts our mood

Epidemiology professor Kim Innes explains in a TIME article on the benefits of music how it “selectively activates” parts of the brain responsible for mood and emotion regulation. Music “tells” the brain to lower cortisol production, which helps improve your mood and reduce stress. Unsurprisingly, there is now a field called music therapy, whose goal is to help people feel complete and optimistic by harnessing the power of music.

Additionally, music cultivates a sense of social connectedness, which is vital when in quarantine and self-isolation. Healthline explains that our reliance on music is deeply ingrained, as it was once used by our ancestors as a means to communicate with one another. Today, music continues to connect us, with protest songs, for instance, stirring a sense of shared purpose.

Doctors at Penn Medicine confirmed in 2017 that making music offers more benefits than initially imagined. Playing an instrument is one of the best ways to ensure a healthier brain. That’s because it’s as close to a total brain workout as anything. The peripheral nervous system needs to “work” double time to control gross and fine motor movements, even as the brain is challenged to process a wave of sensory input, from aural and visual to tactile and emotional.

As a result, our brain is stimulated in a powerful way, leading to a well-developed corpus callosum, along with increases in gray matter. Combined, these changes lead to a healthier brain that is both structurally sound and functioning optimally. Just as important, a healthier brain increases resiliency — a personality trait that can help anyone overcome life’s greatest challenges.

Of course, some of us just like the beat …

Maximizing the benefits of music

An ultimate source of stimulus is a combination of listening to music (to boost mood and reduce stress) and playing an instrument (to enhance resiliency).

The good news is that learning to play an instrument isn’t daunting. The first step is to choose an instrument you’re most interested in, such as acoustic guitars and ukuleles, or pianos and drums. A good bet is to head over to the local music store and get a feel for an instrument. Pick up an electric. Plug in. Bust out a White Stripes riff.

If you’re not feeling up to leaving the house there is a range of musical instruments presented on Adorama that will help you find what you need from the comfort and safety of home. But first, think about your favorite genre, your favorite artists or band, and try to determine what you respond to most. While some instruments are more versatile than others, choosing one that suits your being will likely keep you more engaged.

Instrument quality and pricing are important considerations as well. Fortunately, brands such as Gibson, Yamaha, and Fender all have reasonably priced instruments, which means you’re likely to find a good quality instrument that suits your budget. But, then many artists have begun on beat up six strings and hand-me-downs – or like John Talaga of Fashion Flesh, create music in home built studios comprised mostly of refurbished vintage equipment.

Once you’ve got your instrument(s), learning it may prove easier than you think. Kids use all kinds of apps like Garageband, Yousician, and Joy Tunes to begin their journey or continue their musical evolution. And, An article about older Americans learning how to play instruments details how they do via online tutorials or through the help of virtual music classes.

Now, get lost in the music by practicing consistently and listening to your favorite artists and songs for inspiration. Not saying you’ll become the next Mozart, but with the right attitude and drive you just might wind up a Ramone.