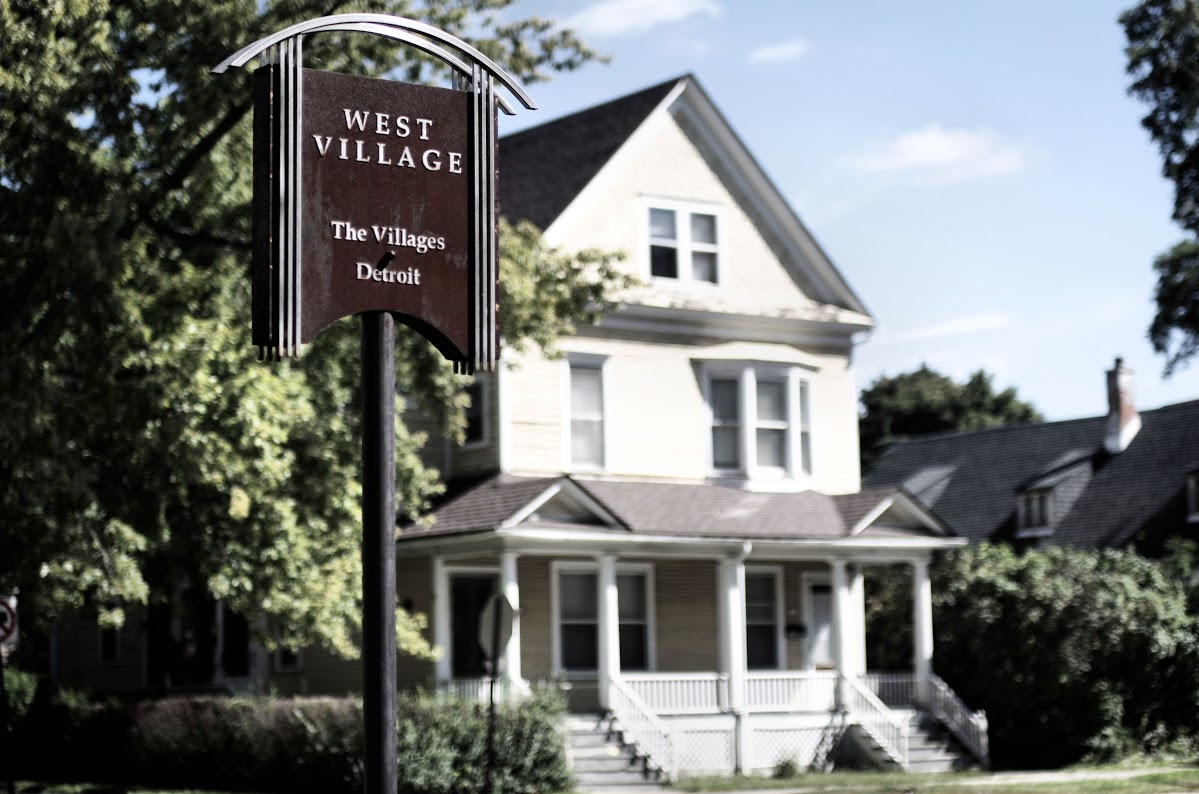 NBRHD | The Gentrification of ‘The Villages’ or the Aurae of Change?

Five years ago I moved to West Village with a group of friends. We were young twenty-somethings looking for new beginnings – away from all the hubbub of Midtown and Downtown. Back then, not long ago, The Villages were still largely an Eastside secret. There was life, yes indeed, truly a beautiful life at that, a creative life – an original one to say the least. It was the type of place that simply stood still – especially when blanketed in snow. There were many nights I would look out the bathroom window and watch someone trudge along, center street, in the harshness of nature’s manifold, waiting for a bus that would not come. But such trudging never felt tragic. Instead, it seemed alive. It was the carved path or perhaps the familiar hot stew you’d wait for patiently at the dinner table. It was life inhaling. It was survival in all of its most inspirational and sometimes melancholy moments. Five years ago, I was that same creature who dared to prance through the snow or wait in ghastly winds for my ride, though it wasn’t a dare, it just was. 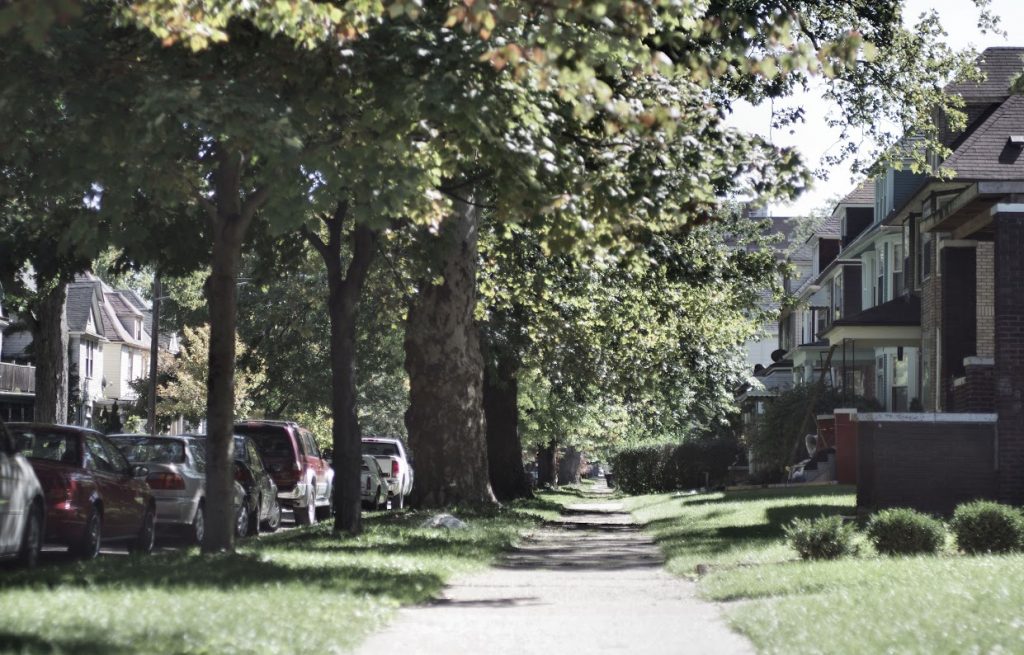 Three years ago we had a record breaking polar vortex of winter. It seemed a fight to stay alive – our pipes burst, our cars were iced literally into the pavement, our heating system was failing, and I specifically remember discovering when my boots were not waterproof. You couldn’t go outside without the risk of frostbite. And yet, even though it was horribly bitter, when someone’s car got stuck people left their homes and helped. That same genuine care came through during neighborhood house fires, robberies, and even dog fights. I experienced it. And I felt it.

Back then the party store at the corner of Agnes and Van Dyke was still open – you could still buy weed from the big man who stood at that corner. And yes, I had friends who did. Honestly, I never liked that store, it was dingy and everything in there was stale. If I wanted some whiskey for the house I walked the extra three blocks to the store on Jefferson.

Sometimes, I’d go to house parties and friends of friends would talk about redeveloping that corner, they’d talk about members of the ‘creative class’ which, to me, meant people who did not currently live in the neighborhood. They’d talk about land values and prospective buying and house flipping. And, they’d talk about rebuilding their community. They’d talk of whatever their fancies or hustles were. And, though at the time I felt compelled to be silent I absolutely don’t blame them. I would be doing the same thing if I had the capital – flipping houses is a profitable realm. And hey, if I could throw in a couple artist studios and social spaces here and there, all the while holding true to my own moral code, then mission accomplished.

Today, I have people snapping photos of my townhouse, and SUV’s from Georgia and New York roll slowly down the streets with excited people pointing out the windows. I have friends who have been displaced. I have neighbors holding garage sales in fear of eviction. Oxymora of the times – I am now seeing division amongst community and excitement amongst defeat. Social emotions that once were inquisitive and charmed seem increasingly replaced by those of jealousy and entertainment.

I sit a couple doors down from where the party store use to be, sunbathing and sipping coffee from Portland whilst I attempt to tune out varied conversations of dog obedience, trips to Amsterdam, and where one buys the best fitted floral shirts. And really the only thing that has made me flippant is the humdrum chatter that strolls down the sidewalk. Overall, I am satisfied – wearing a floral shirt myself. 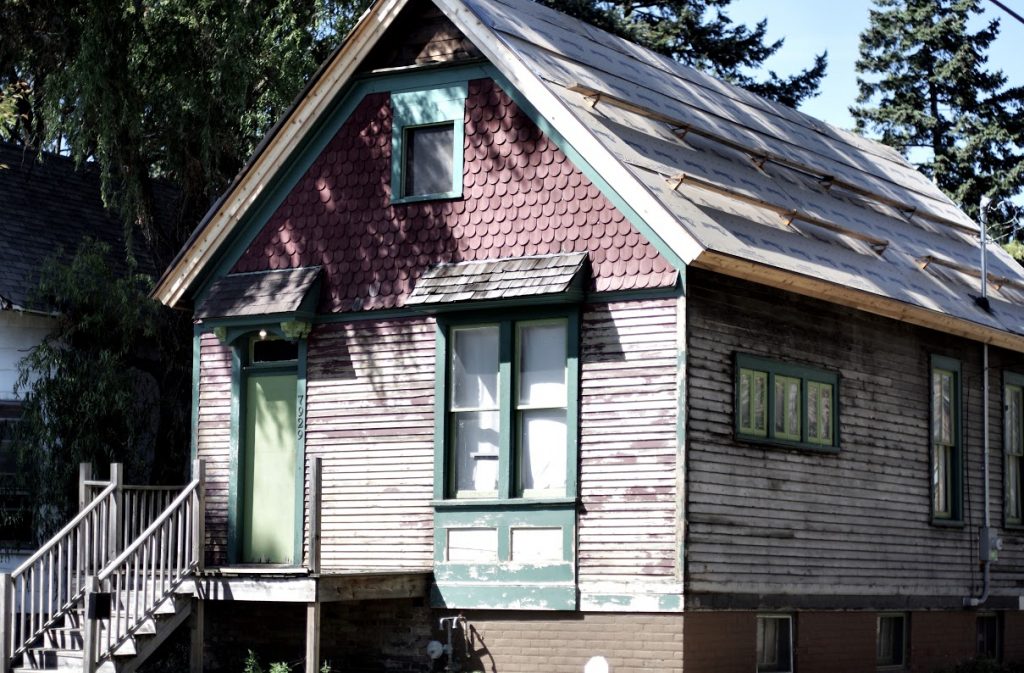 The neighborhood seems to be going through something almost reminiscent of a confluence of cries – all shouting out for their own interpretation and visions. I think it is a beautiful thing. Yet, one may say:

“No, this is gentrification at its finest. No, this is exactly what we don’t want. No, this is for the whites and the rich and the crude. No, just look at the disastrous trend of our city at-large, look at the resources and the rents. No, reread the numerous articles that exclaim (in an unwarranted jovial spirit) – ‘eh! look no further, two bedrooms for only $1500 a month in the prestigious Villages'”.

But I am here today to entirely reject these claims. This isn’t about rent as much as it is about change. This is about real development and the definition of development in our collective eyes. That party store at the corner was just as much the thread of what we are as, perhaps, Craftwork (neighborhood pub). Don’t mistake my rejection as ignorance to the word gentrification. A word I often hear, often see in action and often stand in inaction. I say this because I do not believe the prestigious and newly found Villages are actually going through real gentrification as much as it is going through the ebb of change. Of course, with all historical lessons we ought to know, there will always be some bad apples. There will always be the few slum lords and shysters, clueless foreign developers and the ignorant yet keen-eyed carpetbaggers.

As much as some would prefer we do we do not live in a static world. One hundred years ago, when many of the homes were being built in the area, there were urbanites and white-color tycoons who moved into city town homes and family estates, each with “modest” one or two servant accommodations. In between then and now we experienced the Great Depression, white flight, freeway construction, Urban Renewal, riots and fires, and then the digital age. We’ve witnessed varied interests over decades, sometimes recreating a past environment, at times lofty at times simpler. We had crack. We had small developers and, of late, Chinese prospectors.

What I am saying is that what we see happening now in The Villages isn’t new. It isn’t devilish. It isn’t inhumane. It isn’t living inside a vacuum. And, while it certainly isn’t fair, in all respect, in all consideration, in all lengthy evaluation, in all mindfulness, in conceptual recognition, through artistic musings, in regard to both personal and macroeconomic welfare, and in full supplication of the aurae of our age – fuck fair.