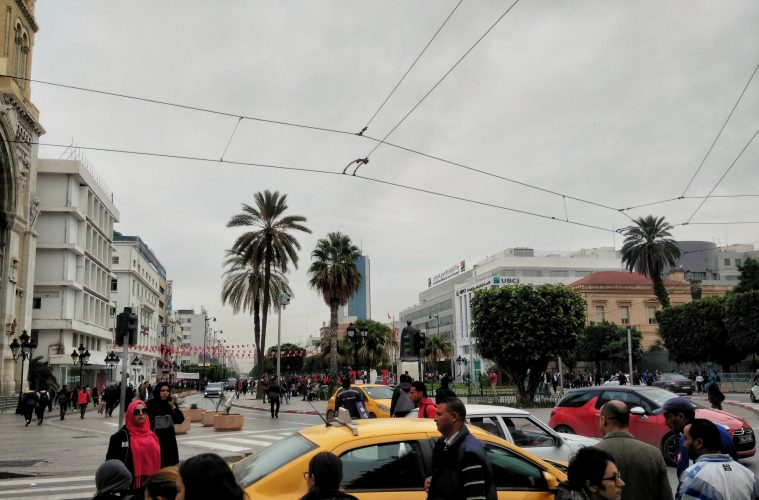 The Brothers & Lolitas of Tunis

A day of pleasure and of worry. I traverse the white buildings in Tunis just north of the Sahara. A place known for some things. Lolita is young. She wears fire-red lipstick. She is a child of fire between worlds.

Just seven years ago there were a million people in the most known street, named after Habib Bourguiba. A clock tower, a ‘Baby Ben’ in the dust and rain, marks the way-point for ones who drift. Seven years ago Tunisia was reborn, so it was said by the people of Tunisia ‘barra nayek’, to oppressive others. Remembering those who died, angry spirits, who said like others, “Go fuck yourself”, sprouting then what is now known as the Arab Spring.

A man bumps into me on Bourguiba. In that moment he has taken something from me. He walks with me. After a while we talk. I see him. He is of average height, with slicked back hair, muscle, a missing tooth, and smiles in my presence.

I see him again and again. I look at his eyes. And I am at a loss. I walk with him still. He tells me his name is Halim. His name is not Halim. He softens the encroachment; offers of Tunisian beer, Tunisian women, Tunisian finer things – most importantly Tunisian history. I am taken with this knowledge, as I am taken with the strength of his hand on my arm. I am taken to Le Passage, near some motorbikes, pools of yellow, and used Honda’s. The passage of displeasure. 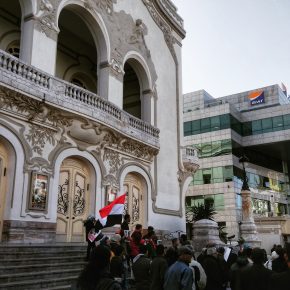 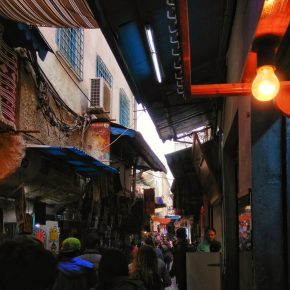 Narrows in the Medina 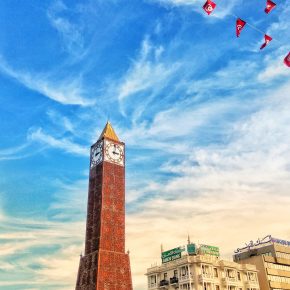 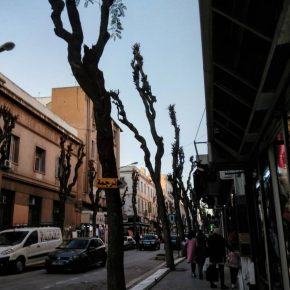 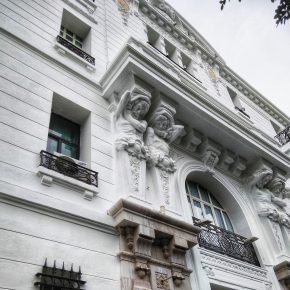 The truth is I do not. “Brothers of Islam” and ISIL and ISIS, befriended not to me, as we have neither shared bed nor cup.

I smile for a moment. It is a smile of worry and of peace.

More words of power. But, I am gifted with the gift of being here in this bar with not-Halim, in this moment, to hear his stories and feel the weapons he manoeuvres.

While he talks I think of the fields, the blowing grasses of Iowa. Talk of switches and ‘Brothers’ is not for me. So, I think of Geronimo, an adolescent horse, in a pasture I once walked. I think of the windy seats I have sat in a van, landfaring in the prairies of my childhood. I think of the Sequoia in the States, the Sequoia I have seen in the ornate gardens of Normandie. I think of the forests of Tunisia – the friends I’ve come to know who have camped beside some cedar, and escaped.

That night, I am reminded of this bliss by a suave man in a suave fur coat, in a not-so-suave club, with swinging lights. The outlines of this man are sharp, contrasts of skin and fluff.

For a moment we eat olives at the bar top. My orange-scarfed friend, who has come to find me, who has brought some Lolitas in this place, who has found me with the suave fur-coat man, sits beside us on a stool.

He smiles. His eyes wander.

I read aloud to these Lolitas. I tell the story of not-Halim; of the coins, the dollars, the euros, the dinars; the money he took from me; pressure on my arm, the displeasure in Le Passage earlier this day. The emptiness I attempt to recount. Some substance and puffs of worry subside when I speak to them. The Lolitas know this trouble.

A woman, with gold-rimmed glasses and wavy hair, recites her own displeasure, in some town, in the dark. The persons who whispered of her body. The men who conspired to take her.

The soft sunless ways most must walk. We hold each others hand. Together, we are here, in some place with okay wine. We consider each rock that has been thrown. A fluorescent light-bulb above some lovelies with whom we say Salam.

Today, is my last day here in Tunis. I take tea, I take things. I look at the faces who smoke by the tram, the faces of recent revolution. The protesting that continues. The police with their guns. I think of the words of some Lolita, who says to me it is not enough, who says to me another rebirth must come. For my orange-scarf friend, for the suave fur-coat man, for the woman with the gold-rimmed glasses, for the youthful, hopeful eyes of those who know that it is not enough. Revolution of self, revolution of other, revolution of history.

Still, some must walk where others think only to whisper.

“We are borne innocent,” so it is said.

I think, “is it still ‘Salam’ for the Lolitas in this place of flashing lights?”

Flesh and thought, salam. Somethings, I guess we chance, salam. Somethings in grassy fields, below cedar trees and blood; I wonder of this hope. I wonder, ‘is this luck’? For Lolita likes to be and bop, and breathe much more than luck provides. She, he, they … like to kiss.

Strength and honor, despair, and memories crafted in fluorescent light, with not-Halim, and with stranger eyes, if only, if presently, we all did thrive. Thriving animals. Lolitas we are all.