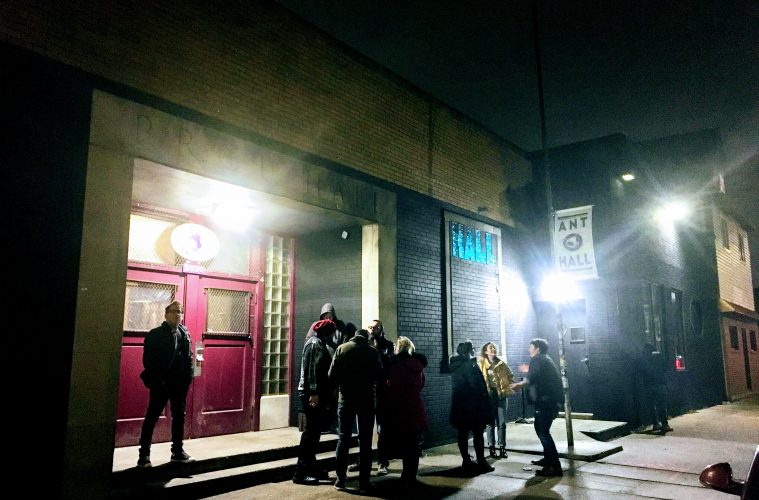 The Independent Comedy Club | If A Joke Cracks On Stage But No One’s There To Hear It Does It Still Get A Laugh?

They say comedy is dead.

No longer is it acceptable to call persons with special needs, “Retards”. Or, make fun of those confined to wheelchairs. It’s inappropriate. People just don’t like it. Can’t tell a good Louis CK style pedophile joke, either. Can you believe that? No more punch lines that leave the tip of a man’s penis in the non-consenting orifice of a toddler.

What is the world coming to?

Well, the good folks at The Independent Comedy Club, located inside Planet Ant, has the remedy. In a space run by real-life comics, offering two rooms dedicated to Stand Up – one Big, one small – complete with adult beverage drinking stations and accompanied by the city’s hippest DJs, humor is delivered from both local and national names with aplomb … 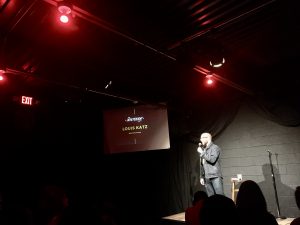 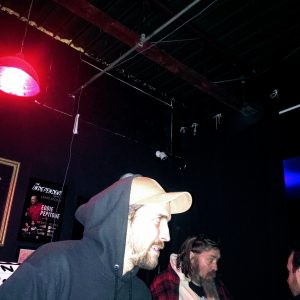 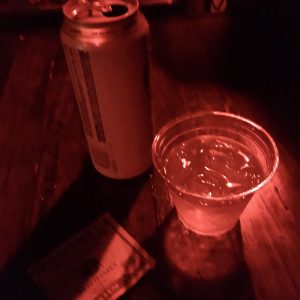 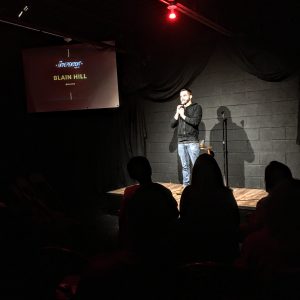 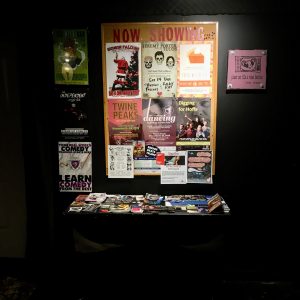 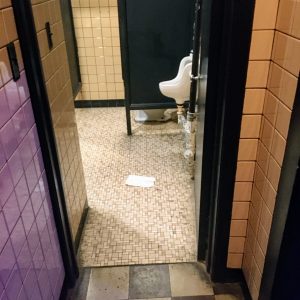 During our last visit we pulled up to a crowd waiting to catch the comedic stylings of Stand-ups Blain Hill and headliner, Louis Katz. And, contrary to our misleading, click-bait-ish title, the room was packed.

Grabbing a stool at the bar in the small room, tended by local comedic legend, Bart Dangus, of Prankis with Bart Dangus fame, which btw just celebrated its third year at LJ’s Sweetheart Lounge (Corktown), we purchased drinks and were by default forced to listen to him run a few one-liners passed us between sets. Personally, we would’ve preferred a bowl of peanuts or some pretzel rods but was told they were used to compensate Katz for his set.

A surprisingly strong opening from Host, Connor Meade, consisting of witty self-reflection, with bits on family, Irish drinking and, I think, a little sex, was well-received by the room. I hope The Independent plans on utilizing her talents on the regular. In fact, all of the talent on this night killed it.

While this is not intended to be a review of the performers, per se, it is interesting to note The Independent filled a Thursday night stage with Stand-Ups from across the country determined to win this Detroit audience. Of course, Katz stopped in from his current tour, speaking mostly on the recent break up with his polyamorous girlfriend – leaving him a perilous sex life – PC culture, and the decision after 10 years of discomfort to finally buy cream for his hemorrhoids; but a very funny Stand Up, Grant Gordon, was in from LA, who seemed pleased and in tune with the Detroit vibe; as was Vince Holiday, who despite being the “oldest guy in the room”, commanded his audience with relevant material.

While most of these performances were due to the talent of the comics there is also something to be said for a house that is run by comics, for comics. And, I suppose, an audience interested in supporting an underground approach to the medium. Stand Ups taking the stage at The Independent remind me of rock bands that used to come to Detroit knowing the city does not suffer fools lightly.

What we walked away with was a feeling that comedy isn’t dead at all – so long as it’s intelligent, rather than dependent on the usual tropes that degrade the most vulnerable among us. Which, isn’t to say these comedians weren’t bitingly sharp, because they were. But, somehow, each of them managed to get big laughs without cracking wise about how the last rape victim had it coming.