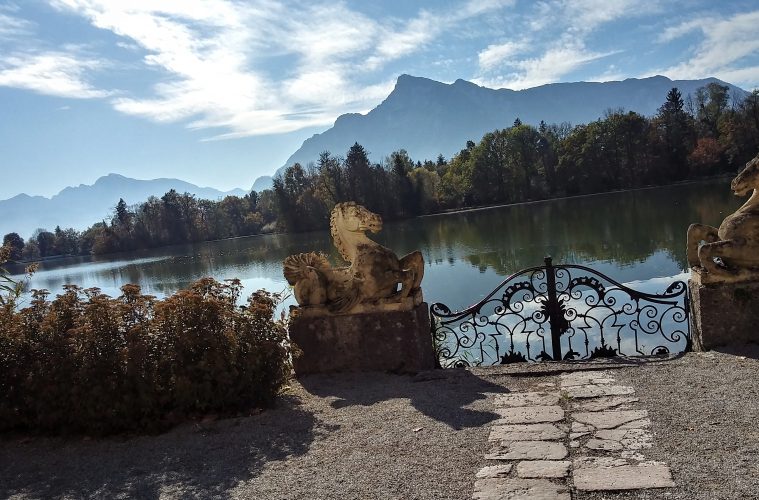 Detroit to Salzburg | Travel to Find Our Light Departing

A seemingly at peace woman told me in 2010 that my necklace was charged. This was a passing thought today, here above the Atlantic, on my way to a palace in Salzburg, Austria.

I do like the idea of being charged. Feel it now. I made that necklace from Dabls beads when I had no more than $20.00 to my name. I recall first meeting Dabls, our eyes both sparkled in our existence. A new friend. Nine years later I remember this moment in the air, with an incremental life gain of .50 cents. I now have $20.50, to spend as I please. Perhaps, on an airplane sandwich.

Last year, I took a similar flight in the same amount of time, from JFK to Moscow. Around eight hours. I remember the orderly fashion of the steward-folks, tight dressed. The men and women both in states of seductive synchronous nature. Yes, it was entertaining.

Each steward-folk here on Lufthansa, today, is nice, also disheveled, but mostly nice. Tad more brunette than their blonde Aeroflot counterparts. I note such with steward-person A. Piper, whom I see a smile with hot towelettes and cheeks above her hot-tong holding manicured hands. Her glasses are thick rimmed, black. And when she smiles the rims of the glasses rise to touch her eyebrows. I saw A. Piper smile this day.

I sit in the middle of the plane, two seats to myself, shoes off, feet swollen. I ponder. Pondering my smile. “Am I smiling?” I MUST ask myself again and again. My feet are swollen and I’ve tired in travel, my cheeks are low and my pillow is just too soft.

When people who breathe, “There it is! Did you see that breath?” are murdered by men with all the guns, I consider this a pondering moment. When millions of children starve because their lives seemingly matter far less than the roof of Notre Dame de Paris, I consider this pondering. Here, above the Atlantic, I have these and other thoughts.

At cafes, salons, while I smoke my many shisha, in dark dens and silent living rooms and mosquito riddled stoops, I speak on friendship. Sometimes, with friends. Mostly, with those who chance such thoughts and ponder.

With no agenda and all the agency I will be among fifty arts and cultural doers from around the world. I shall continue to sleep, walk along some paths where I find them, and not think on the meaning of cultural innovation. The pathways will always be waiting for feet. 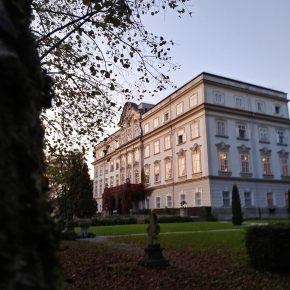 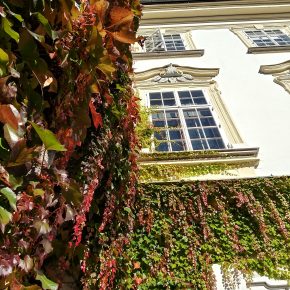 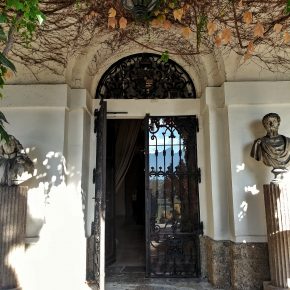 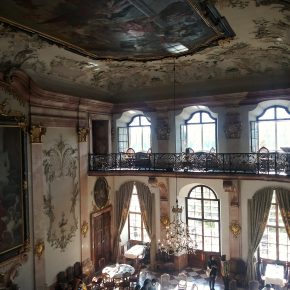 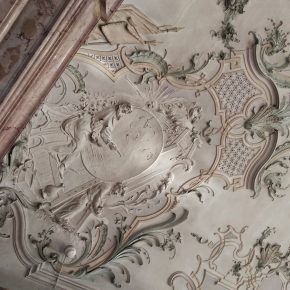 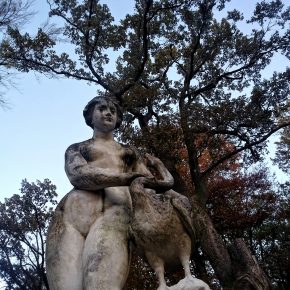 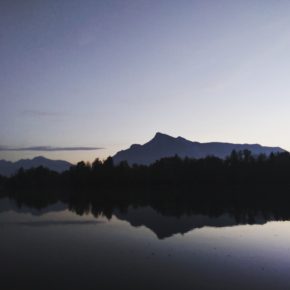 “I took in fresh air full of rotten leaves …”

Sometimes when I walk there may be horrors and I am afraid. In unknown darkness eyes await, other times such paths are hard on my soles, but I will smile. I wonder, while walking in the woods in Austria, will I smell fresh renewal in the air and give pause for some smiles?

I’ve smiled when a child has said ‘salam’ to me by some fishermen boats. I’ve smiled when Fall’s wet golden leaves dust-up over wet Parisian cement. I’ve even smiled when “not-Halim” took all my money and told me once upon a JFK story. Perhaps, after this forum, I will smile in Istanbul, my next andanzas to be had. Such hope filled future smiles with daily “günaydın” chats and the taking of kahve, again and again. Thoughts of ‘I am Armenian.’

Life may suffer, but there is always joy in places to be found.

Last year, in downtown Tunis, I had friendship moments at a cafe full of young ‘we resist to be terrorized, we will sit and drink our espresso in public spaces’ people. It was on the very same street where I had these moments that “not-Halim” shared with me the news of The Brothers of Islam and their hatred of me, and of the suicide bombings the week prior and of the police on Avenue Habib Bourguiba. But, he never told me of the sadness of the Tunisian youth, the suicides, the untold rapes, the fading bright stars. He never told me of the forgotten promises. He never told me of all the luck we most likely will share.

Such luck continues as we breathe.

I remember there was little joy in “not-Halim’s” eyes. I only noticed small thoughtful bits of ‘finally another American will pay me what he owes.’ But, with these thoughtful bits, considerations of loss and all, I still found joy.

Landing in what can only be described as a quaint airport in Salzburg, Austria, I was greeted by a woman in red. Piercing red high heels, red dress, red top, fully equipped with forever seasons of bright red. She stood in front of a bronze airport tower. My shoes move on the tarmac, I recall this moment to be of some significance.

“I have arrived, to do some imaginary stuff.”

These movements we all make, to attest, to live. We live in the places that we make way toward and then arrive. And these places, they are significant, when we breathe alone, or together. Let us recognize such momentary places we traverse, if only to ‘find our light’ – So says a dear friend Charly, “find your light.”

Upon arrival I was rushed inside. Rushed to the desk. Rushed to the room. Rushed to get that wifi code. Rushed to tour the grounds. Rushed in realization that Europeans love twin-sized beds. Rushed to hear Schloss Leopoldskron’s complicated histories by persons who are rushed. History of nazi command, history of The Sound of Music filming, histories of race, religion, and resounding power. And then I sleep.

When I woke I met a man who waved at me at the airport in Detroit. His name is RD and I now know him to be a friend. Then more persons with eyes that sparkle. Rushed again I do recall. Memory of a woman and a goose in the wood. Distorted memories in rushed spaces.

The following week, we all gathered. Many times we took part in the Salzburg Global Seminar’s cultural forum. Striking ideas of current and future cross-cultural collaboration, and what my dear friend Abhinit and I renamed ‘GLOBAL’ gathering. Because, “Oh, this is global, the gathering of only the globals ya’know,” Ha! But what a journey, our andanzas, we created together and felt, and cried through. There was power in our gathering. This, I see.

Day after day, with empty journals, I walked the ground. I stood, then came close to understanding past things. I watched the gray and green mountains, to catch them in their movements. I took in that fresh air full of rotten leaves that I had hoped. I considered all those who have moved in these spaces, and those who have always moved here for a very long time. Indigenous nature and its inhabitants. For now, with hope, and future imitations of such movements, I again take sleep.